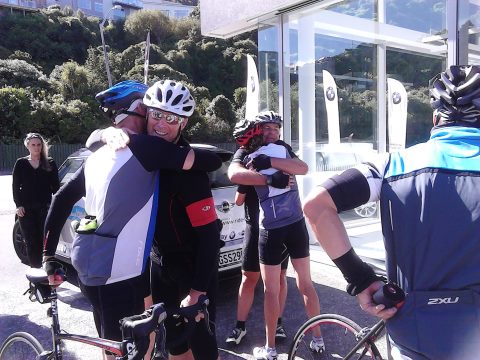 Lucire is already a huge fan of Project Born, which raises money for the Neonatal Trust. So when we heard Ride4Life 2013, benefiting the same charity, would be passing through Wellington, naturally, we wanted to get on board to help this worthy cause.
The fundraising event sees a core team of eight cyclists, including ex-All Black Christian Cullen, ride from Cape Reinga to Bluff, with a NZ$1 million target.
They had set off on February 25, and last week, I had run in to one of the BMW support vehicles just south of Paihia. Both Team McMillan BMW and Mini, and Jeff Gray BMW and Mini, have supplied vehicles to help out, namely eight Mini Rays, one Mini Countryman, and a BMW X5. The Minis will be auctioned off at the end of the bicycle ride on Trade Me with all proceeds going to the Neonatal Trust.
Michael Meads, CEO of the Trust, has been happy with the ‘outstanding’ support he has received from sponsors, including the Team McMillan and Jeff Gray dealerships.
Meads himself is piloting one of the Minis. ‘I absolutely love the Mini—it handles differently and feels very solid. It can take a corner at speed and it’s not an issue.’ The Minis, travelling in convoy, have actually attracted people to the cycling effort whenever they have a stop.
Joining them to the half-way mark in Wellington today was a classic car club, whose members drove a 1956 Chevrolet Bel Air, a 1956 Ford Thunderbird, and a 1957 Ford Country Sedan.
Meads says the inspiration came from a former chairman, Eugene Collins, who was a cycling fanatic. Cycling between Auckland and Wellington, Collins was able to raise $10,000 for the Trust at the time of the Christchurch earthquake. ‘We talked about how we could make it bigger and make more money,’ says Meads.
Meads and Collins had become involved with the Trust through their own neonatal experiences. Collins’s son, Harrison, suffered from meconium aspiration and even had to go on a heart–lung bypass machine, as well as endure emergency flights between Auckland and Wellington. Harrison is now a healthy 11-year-old who competes in triathlons.
Meads’s own experience saw his wife admitted to hospital during the 18th week of her pregnancy as she began going into labour. After three and a half months in hospital, she gave birth to their twins at 35 weeks. ‘I could see a need to help out,’ Meads recalls.
With the help of TV announcer Grant Walker, whose son had been in neonatal care a year before, he began talking about a charitable trust, before learning that the forerunner to the current Neonatal Trust existed.
The earlier organization was focused on Wellington, and Meads was one of the driving forces who saw it rebranded and turned into a national movement, through amalgamation and establishment of other branches. There are now five, in Auckland, Hamilton, Wellington, Christchurch and Dunedin.
He says there is a need to help transition families who returned to the 14 provinces around the country after their neonatal experiences in the five main centres. Ride4Life 2013 is geared to raise funds for the provincial areas.
After Wellington, the cyclists will board the Interislander, another supporter, but will in fact keep pedalling: they will be on wind trainers. There are no rest days for them between Wellington and Bluff, with one leg 187 km in distance. After Bluff, they will head to Invercargill to watch Collins attempt to break a 24-hour cycling velodrome endurance record.
One baby every 90 minutes requires neonatal intervention, says Meads.
The cyclists, including Cullen, will be in Wellington on Thursday, March 7, collecting around the city. Alternatively, you can donate via ride4life.co.nz or through any Westpac branch. There’s a Facebook page, where you can follow some of their progress.—Jack Yan, Publisher 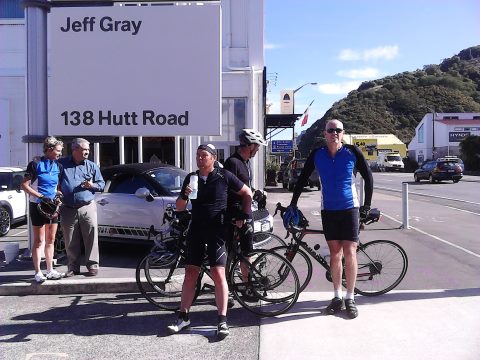 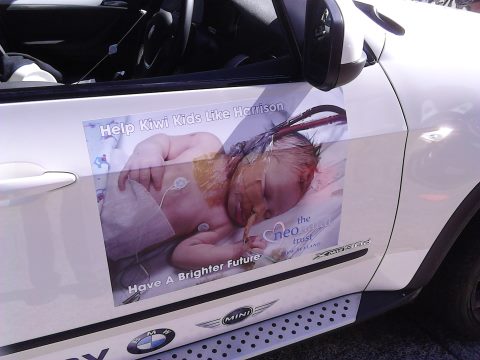