Updated at 23.54 GMT with link to full five-hour video; official photographs from the Royal Court can be found here 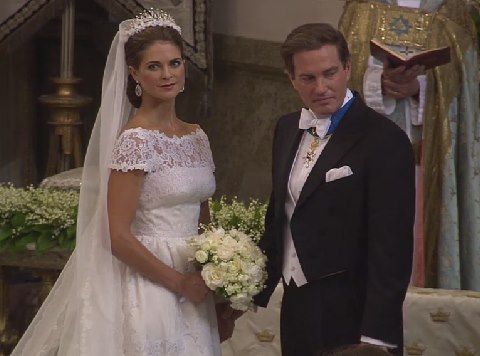 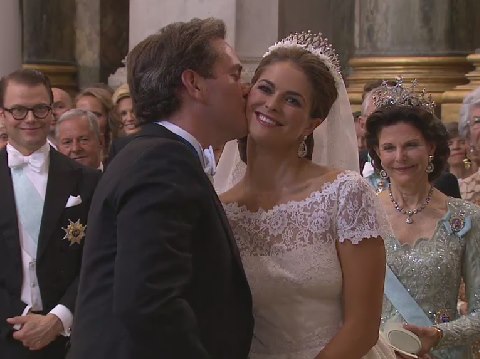 Top Princess Madeleine and Chris O’Neill during the song by Marie Frederiksson. Above Chris kisses Madeleine after the reading of the vows. There is additional imagery on our Tumblr—click here for more, or scroll down for video clips from the wedding.

Lucire, along with other media, are following the royal wedding today in Stockholm. HRH Princess Madeleine is marrying financier Chris O’Neill at the Royal Chapel in Stockholm, in a more colourful, less formal affair than the 2010 wedding of her older sister, HRH Crown Princess Victoria to Daniel Westling.
Princess Madeleine wore a Valentino off-the-shoulder lace-detailed gown. The dress has been designed by Valentino Garavani, with a long train. It is made of pleated silk organza, with ivory Chantilly lace. The train, connected to her tiara, is 4 m long. The tiara has sprigs of orange flowers.
The bride held a bouquet of white roses, lilies of the valley and myrtle from Sofiero Castle.
Other brides who have worn Valentino include Jacqueline Onassis, in 1968, and the current Queen Maxima of the Netherlands, in 2002.
The event’s floral arrangements have been created by florist Claes Carlsson, with 50 florists finishing their work last night.
Mr O’Neill, originally nervous while at the altar, beamed as he saw her escorted down the aisle by HM King Carl XVI Gustav.
Even though Lucire said that it would be hard for the bride to be upstaged, her niece, Princess Estelle, caught plenty of attention, and made noises while her mother, Crown Princess Victoria, read the first scripture.
The service, led Bishop Lars-Göran Lönnermark in English and Swedish, saw a performance from Roxette’s Marie Frederiksson, singing ‘Ännu doftar kärlek’.
The marriage itself was conducted in English and Swedish by the Bishop. The groom read his vows in English, while the bride read hers in Swedish.
After the couple were proclaimed married by the Bishop, Peter Jöback performed ‘The First Time Ever I Saw Your Face’.
After the service, the couple appeared to cheers from the crowd gathered outside the Royal Chapel, and had their first public kiss before the cannons delivered the royal salute.
Guests included Crown Prince Haakon and Crown Princess Mette-Marit, and Princess Martha Louise and her husband Ari Behn, representing Norway. Crown Prince Frederik and Crown Princess Mary, Prince Joachim and Princess Marie attended from Denmark, the Earl and Countess of Wessex represented the UK, and Princess Takamado attended from Japan. Princess Charlene of Monaco was present in the front row, sitting with the Danish royals.
SVT now has full video coverage (ﬁve hours) available: scroll down to the last of the videos below to watch.

Princess Madeleine arrives at the altar

Guests board the boat

The royal couple board 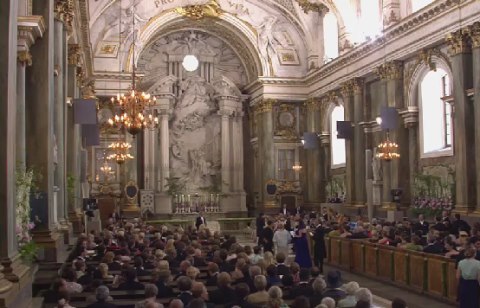 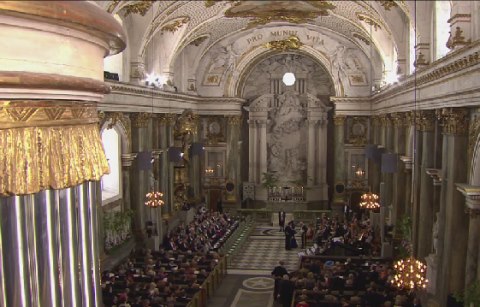 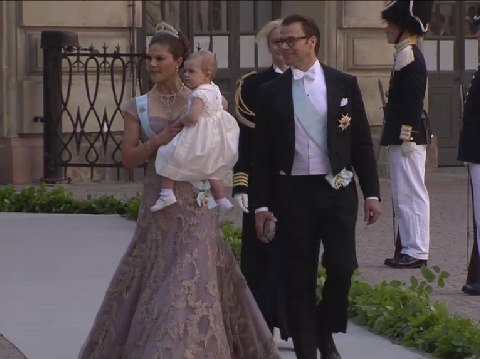 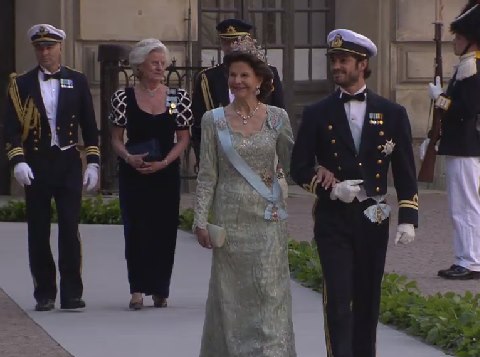 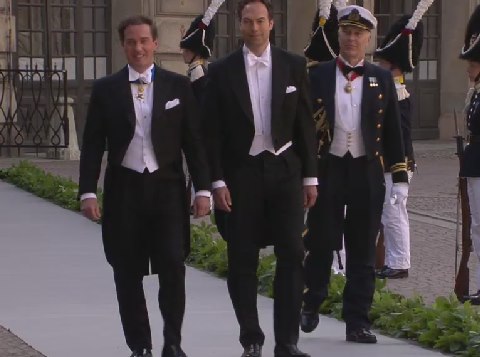 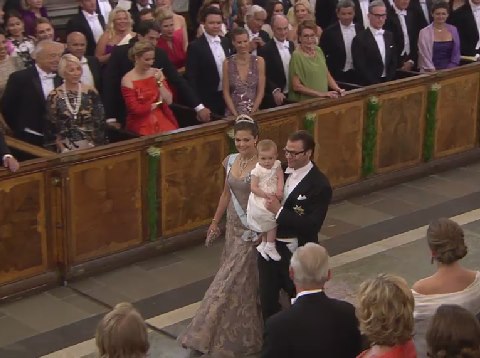 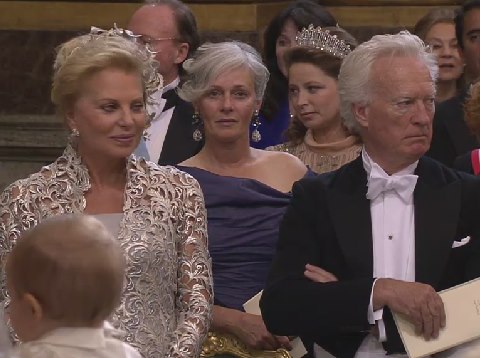 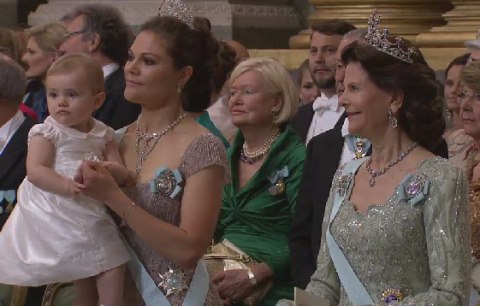 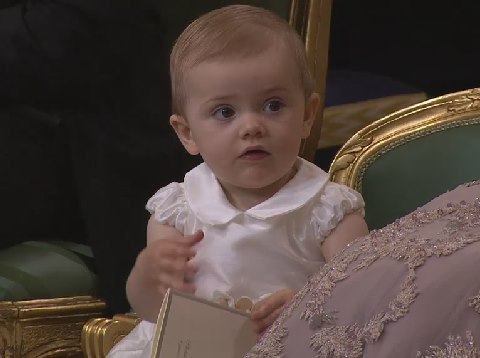 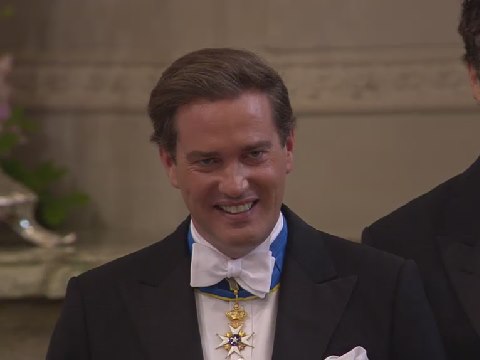 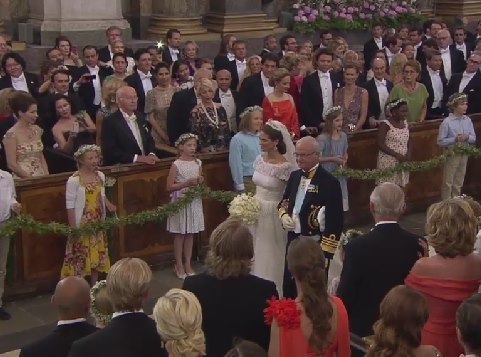 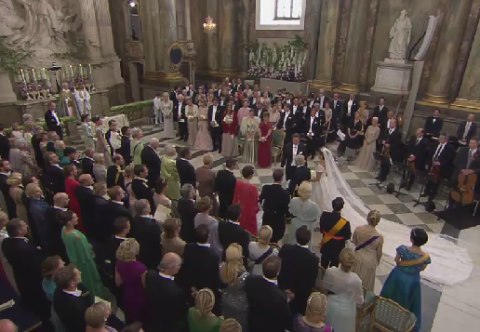 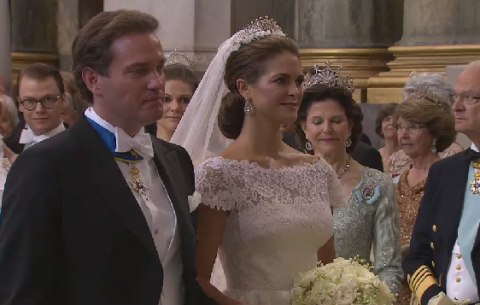 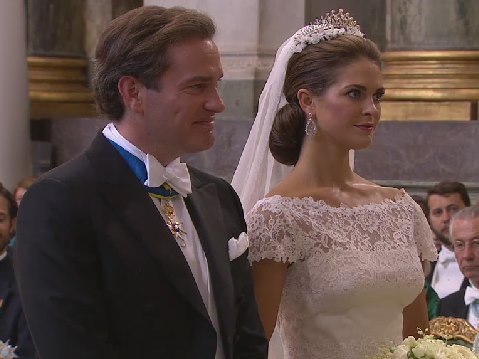 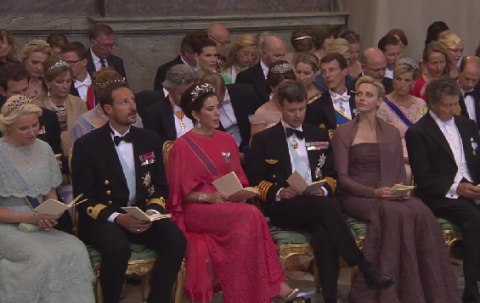 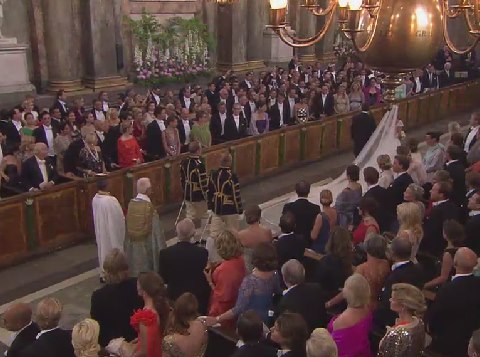 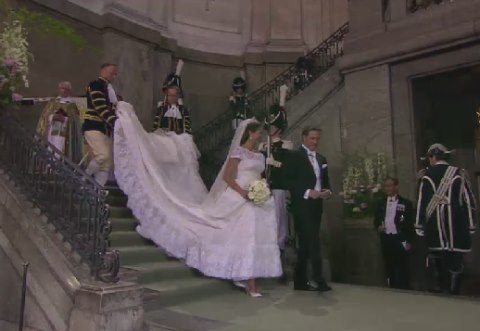 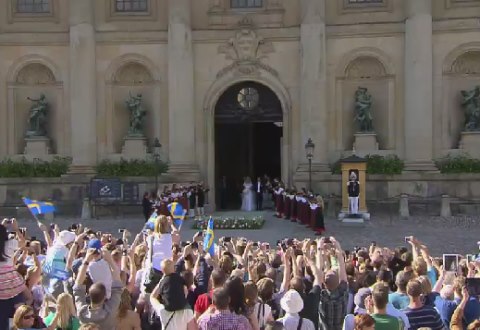 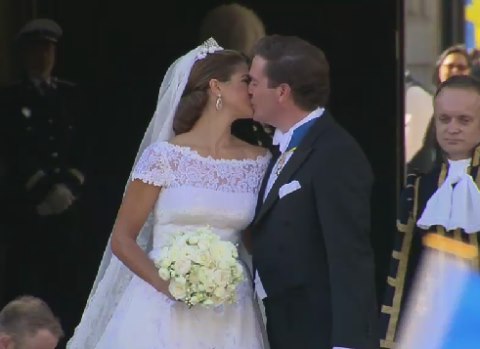 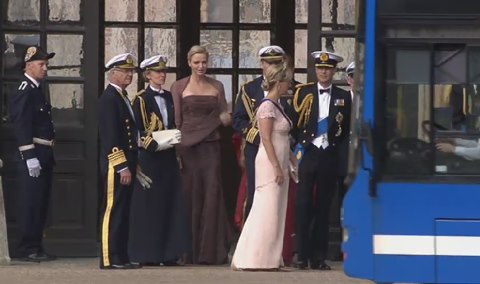 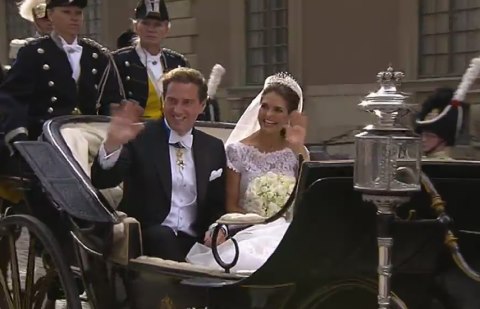 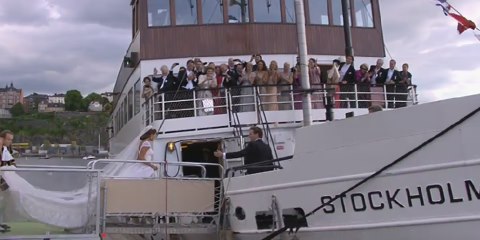