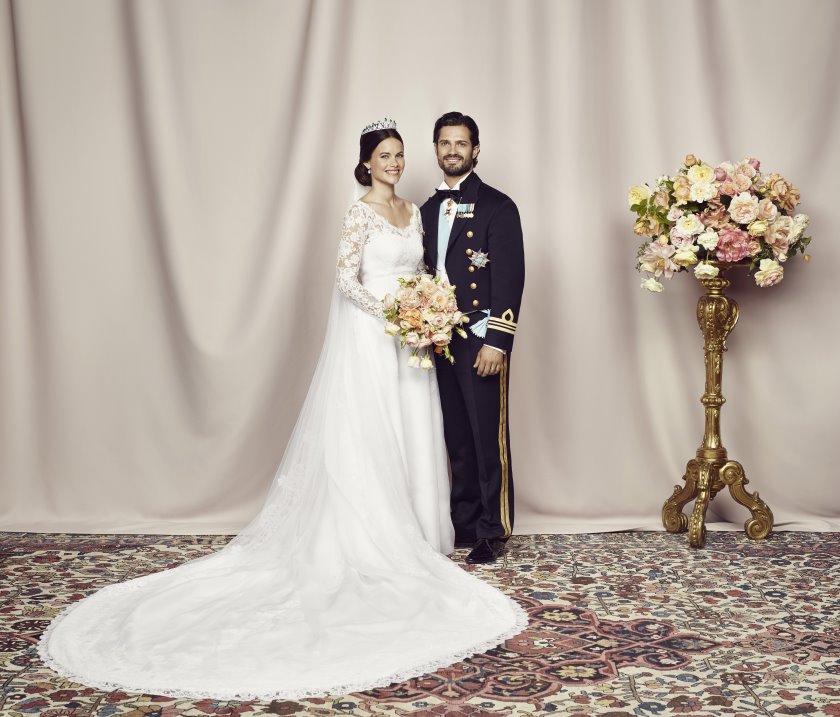 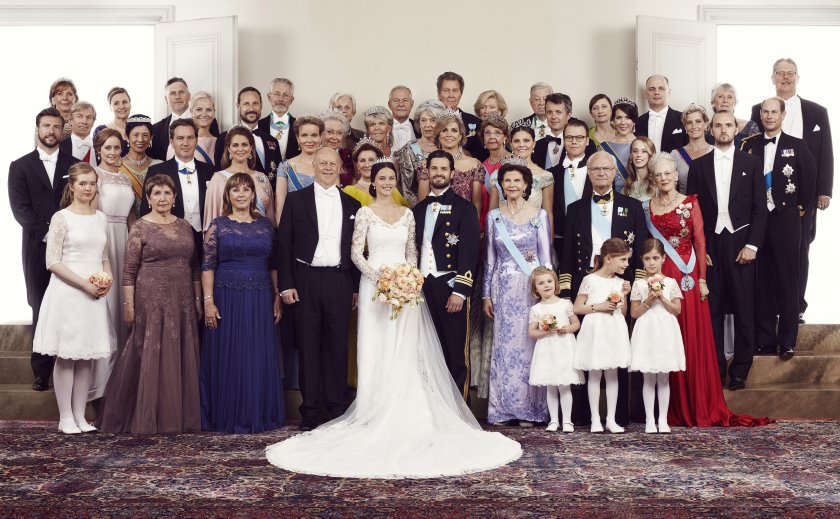 Saturday saw the Royal Wedding of Prince Carl Philip and Sofia Hellqvist in Stockholm. The Prince, the second child of Sweden’s King Carl XVI Gustaf and Queen Silvia, and Ms Hellqvist married at the Slotskyrkan inside the Palace, in a ceremony combining traditional and fresh elements to suit the couple’s tastes.
Prior to the arrival of the bride and groom, Swedish state television focused its cameras on one of the newest additions to the Royal Family, Princess Leonore, the daughter of Princess Madeleine and Chris O’Neill. Princess Leonore’s cousin, Princess Estelle, the daughter of Crown Princess Victoria and Prince Daniel, was one of the flower girls.
The first reading was from Corinthians 13:4–7, 13, read by Crown Princess Victoria, and the service was presided by the Chaplain to the King and Bishop Emeritus Lars-Göran Lönnermark.
The bride wore a silk crepe gown designed overlaid with Italian silk organza by Ida Sjöstedt. The lace was made by José María Ruiz with a lengthy hand-cut train. Her tiara gifted to her by the King and Queen. Her veil was made in tulle, embroidered with sheer cotton lace.
The bridal bouquet was created by court florist Claes Carlsson.
Coldplay’s ‘Fix You’, Rihanna’s ‘Umbrella’ and a gospel version of ‘Joyful, Joyful’ gave the wedding ceremony a more upbeat twist, with invited guests, including royalty, clapping along to the final song, used as the recessional.
Royal guests included Queen Sonja of Norway, her son Crown Prince Haakon and his wife Princess Mette-Marit, Queen Margrethe II of Denmark, Crown Prince Frederik, Crown Princess Mary, Prince Joachim and Princess Marie. Queen Máxima of the Netherlands, Prince Edward and the Countess of Wessex, and Princess Takamodo of Japan also attended.
Hellqvist had modelled for Slitz and appeared on the reality television show Paradise Hotel in the mid-2000s before meeting the Prince via mutual friends. The Palace has emphasized Hellqvist’s more recent work, including her studies in business, her qualification as a yoga instructor, and her work for the non-profit organization Project Playground.
As with the weddings of Crown Princess Victoria and Princess Madeleine, the royal couple travelled around Stockholm in the traditional parade barouche in a cortège before returning to the Palace for the formal reception at the Vita Havet Assembly Rooms.
The King informally cheered the crowd on after the royal couple kissed at the Palace, much to the delight of the estimated 500,000 who had lined the streets of the capital.
The wedding cake was made by the Swedish National Pastry Team. The dancing, which concluded the evening, took place in the Karl XI Gallery.
The bride is now officially titled Princess Sofia, Duchess of Värmland. 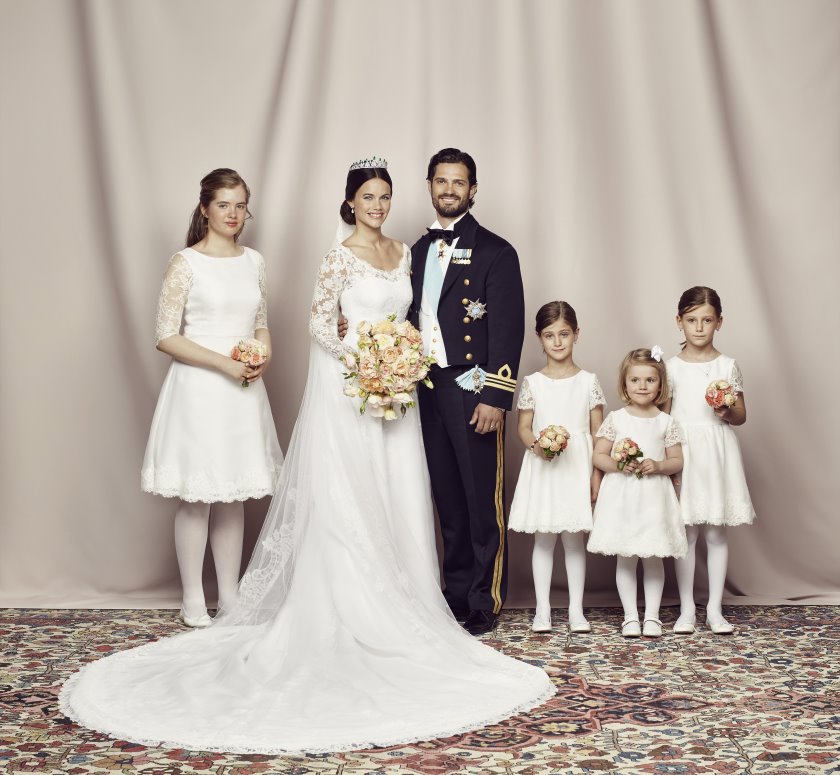 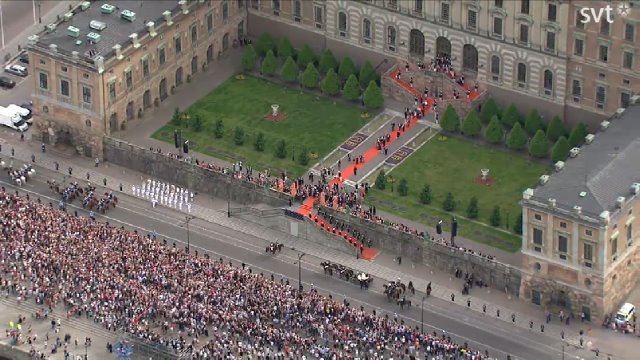 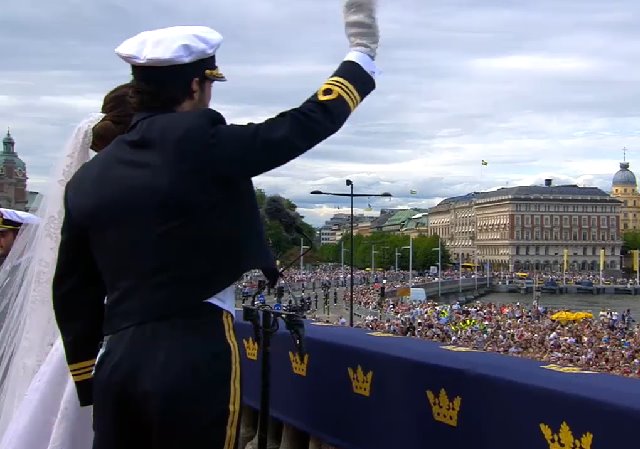