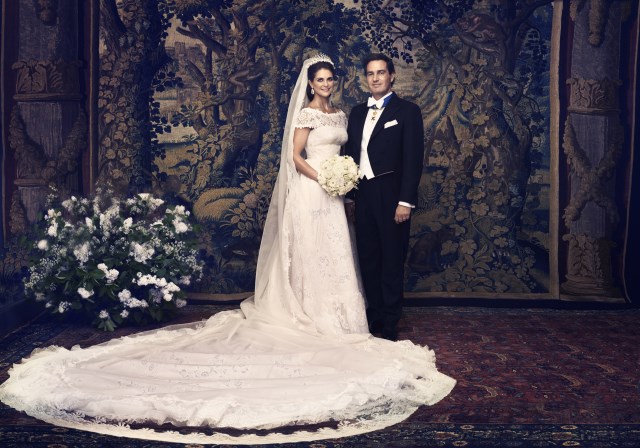 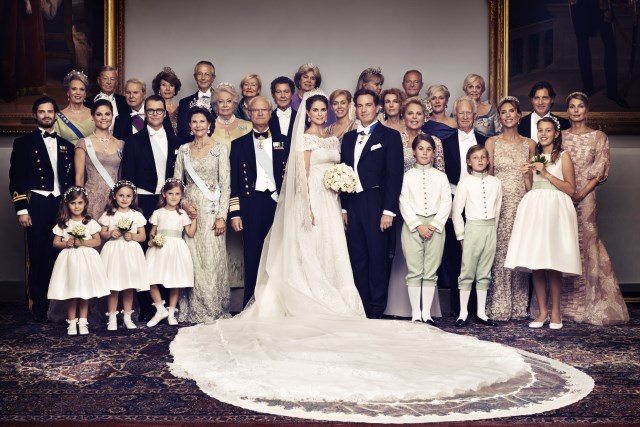 Official photographs (above and below) from the Royal Wedding have been posted by the Swedish Royal Court.
Lucire followed yesterday’s nuptials between HRH Princess Madeleine and Chris O’Neill with photos and videos as they happened, along with details of the bride’s Valentino gown.
The Swedish state broadcaster, SVT, now has the entire five-hour programme available (linked below), though if you prefer quick clips, yesterday’s article has a series, from the arrival of the guests at the Royal Chapel, to the final arrival of the couple after their post-wedding cruise around Stockholm.
Princess Madeleine wore a Valentino off-the-shoulder lace-detailed gown. The dress was designed by Valentino Garavani, with a long train. It is made of pleated silk organza, with ivory Chantilly lace. The train, connected to her tiara, is 4 m long. The tiara has sprigs of orange flowers.
The Palace has also released images of Hedvig Elisabeth Charlotta’s crown from 1778, which stood to the left of the altar during the wedding ceremony, and the Nordstjärneorden, the Order of the Polar Star, of which Mr O’Neill has been made a commander by HM King Carl XVI Gustaf on June 6.
The wedding also saw a magnificent rainbow appear over Stockholm—an extra-romantic touch—after the couple returned from their cruise around the harbour to Drottningholm, for the royal banquet.
The honeymoon destination remains a secret, but the couple will return to New York, where Princess Madeleine works for a non-profit, the World Childhood Foundation, and Mr O’Neill has his own business. 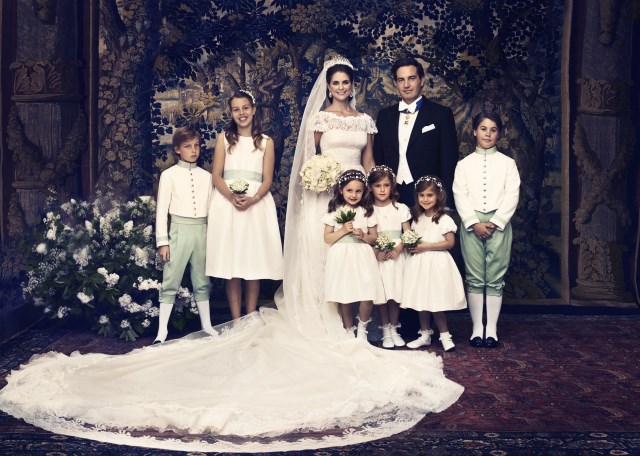 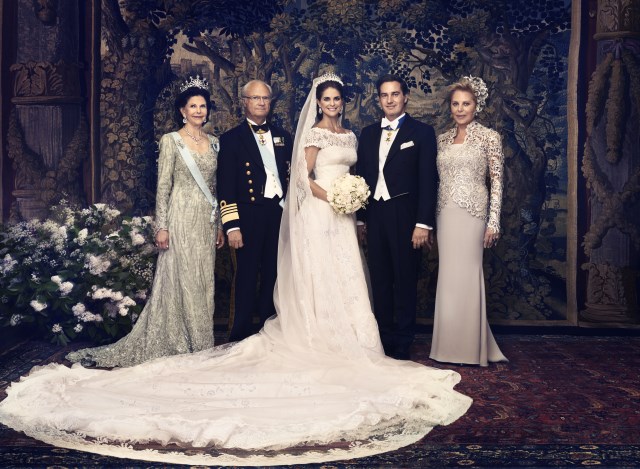 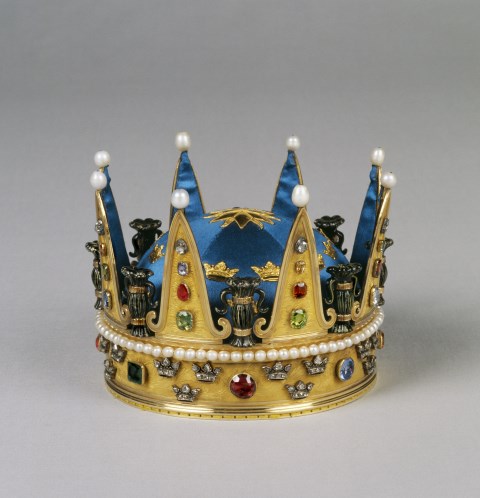 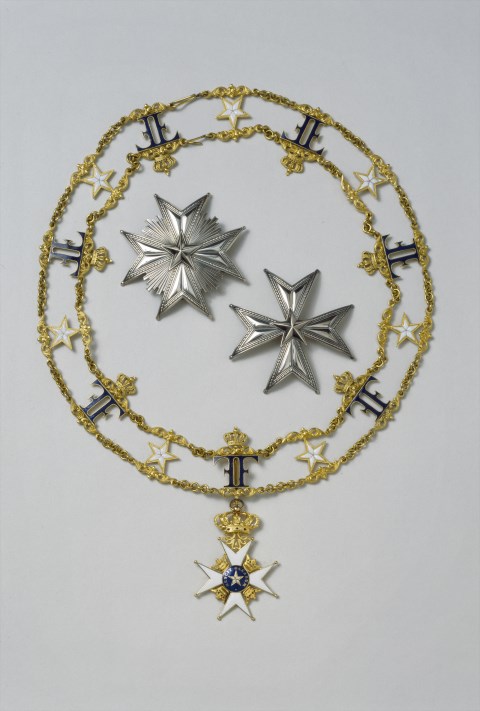