Click here to read our latest on the Royal Wedding, and details of Princess Madeleine’s wedding gown by Valentino 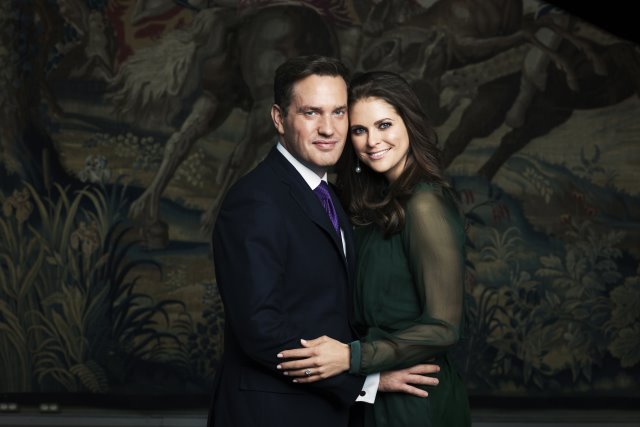 This weekend’s Royal Wedding in Stockholm, of HRH Princess Madeleine to Anglo-American financier Chris O’Neill, is expected to be a more casual, lower-key affair than the 2010 wedding of her sister, HRH Crown Princess Victoria.
The fashionable Princess Madeleine, fourth in line to the throne, will wear Valentino, according to sources, which had also been chosen by the present Queen Maxima of the Netherlands. It is a departure from her sister’s choice of a Swedish designer, Pär Engsheden, though Princess Madeleine has worn Engsheden on many formal occasions before.
It is expected that, in line with her tastes, Princess Madeleine has chosen a design that is more “fairy-tale” and flamboyant.
It is unclear whether Valentino Clemente Ludovico Garavani, 81-year-old founder of the label, has had a part to play in the design, or whether it has been left to Maria Grazia Chiuri or Pier Paolo Piccioli.
The partying begins tonight in the Grand Hotel Winter Garden. It is a tradition of the Royal Family, and the same thing occurred prior to Princess Victoria and Daniel Westling’s wedding, and that of HM King Carl XVI Gustaf and Silvia Sommerlath (who had chosen Christian Dior when she married the King).
However, the do is more youthful, with many of the monarchs not attending. Representing Norway are Crown Prince Haakon and Crown Princess Mette-Marit, and Princess Martha Louise and her husband Ari Behn. Crown Prince Frederik and Crown Princess Mary, Prince Joachim and Princess Marie attend from Denmark, the Earl and Countess of Wessex are representing the UK, and Princess Takamado will attend from Japan.
Guests to the ceremony include Caroline Winberg, Anders Bagge, and Swedish PM Fredrik Reinfeldt.
Swedish state television (SVT) will carry the ceremony live, though when we asked some expatriate Swedes whether they will tune in, the reception was not as positive as in 2010. However, Lucire will be following the Royal Wedding, and we like to think that we’ll cast an even closer eye, since Princess Madeleine has been a style icon in Sweden for years.
SVT’s coverage commences at 3 p.m. local time, with the wedding at 4 p.m. The ceremony will end at 4.45 p.m., after which the couple will be presented to the public. The cannons at Skeppsholmen will fire a royal salute.
The route the 350 m cortège will take heads along toward Strömbron bridge, down Strömgatan, and into Gamla Stan via the Norrbro bridge. It will then head to Myntgatan, then the couple will head to Drottningholm by boat.

Princess Madeleine: from birth to engagement in the public eye