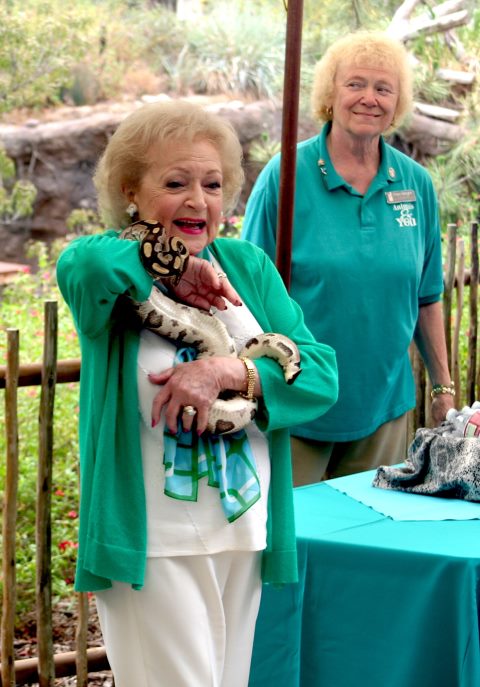 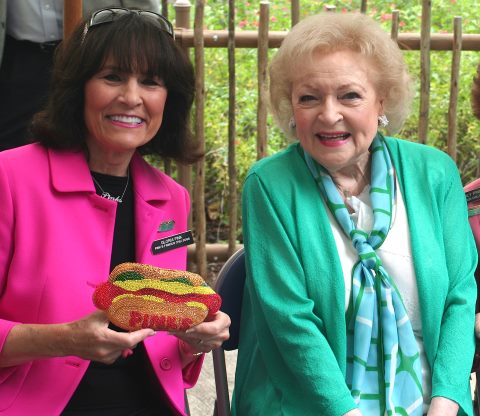 Above Gloria Pink and Betty White.

Betty White shines in her element, the Los Angeles Zoo, offering a preview of the delights awaiting patrons of the Greater Los Angeles Zoo Association Beastly Ball Fundraiser.
Noah and his passengers on the Ark should be so lucky! White Betty White and NCIS star Pauley Perrette are providing the celebrity sparkle for this year’s Beastly Ball fundraiser, June 15, 2013, supporting the Los Angeles Zoo and Botanical Gardens, favourite Los Angeles celebrity comfort food venues will be providing delectables inspired by the soon to open LA Zoo’s Rainforest of the Americas.
As a peacock shouted out his approving praises, the resplendent White wasn’t to be outshined. She started with a roll call of the restaurants and bakeries who were on board to feed the humans, including Pink’s Famous Hot Dogs, Taix French Restaurant (LA’s oldest French restaurant), El Cholo, Celestino Ristorante (the “baby” of Drago culinary dynasty member Calogero Drago), Canele, El Coyote, Glorious Gourmet & Garnish Café, Jersey Mike’s and Yummy Cupcakes (operating since 2004, years before Sex and the City made cupcakes chic again). From there, White—a supporter of the modern LA Zoo since its inception—stressed the importance of the Los Angeles Zoo for residents and visitors of all ages.
‘Over 40 years ago, I became involved with the Los Angeles Zoo because I was appalled that a city like Los Angeles had such a poor zoo up in the hills,’ she recalled. ‘Several of us got involved [with the improvement of the zoo] and worked together over the years. We always promised ourselves and the zoo, “Some day we will build a chimpanzee exhibit, some day we will build a gorilla exhibit, some day we will build a pachyderm exhibit.” Years ago, the Rainforest Exhibit was something that was way, way beyond [our reach]. Now were up to that, thanks to so many people involved with this cause.’
Reporters on scene had a literal taste of what the attendees, paying $1,000 a ticket and up, would experience at the ball which is decidedly not black tie. In addition to iconic LA comfort food, in a Brazilian rainforest-themed setting, they would interact with various animals and see first-hand how Ms White’s leadership with other GLAZA members paid off over four decades.—Elyse Glickman, US West Coast Editor 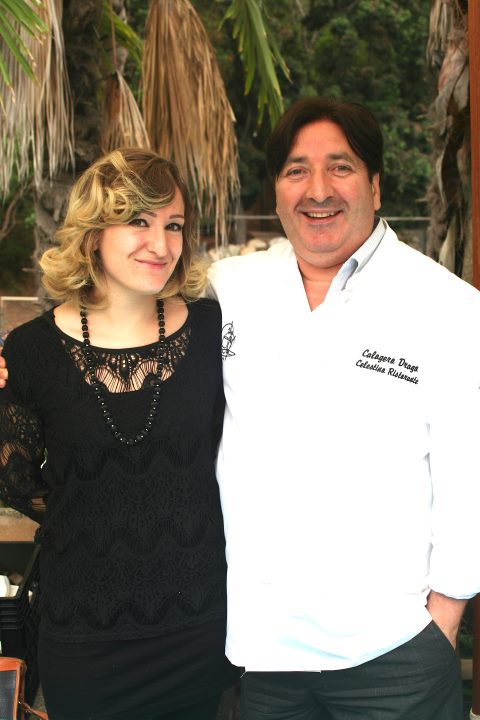 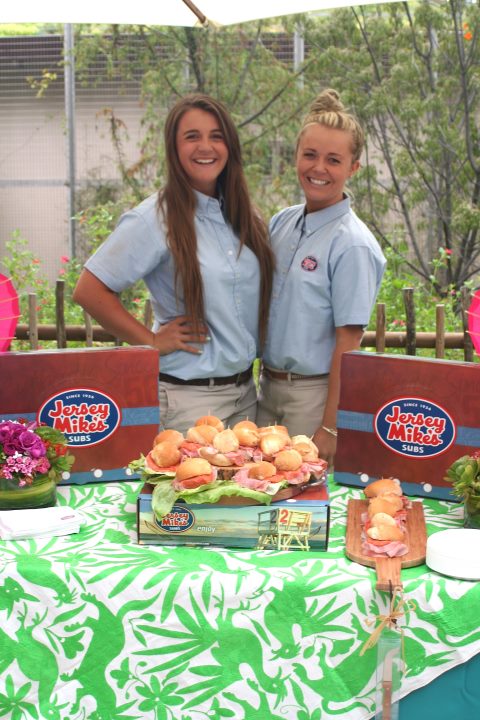 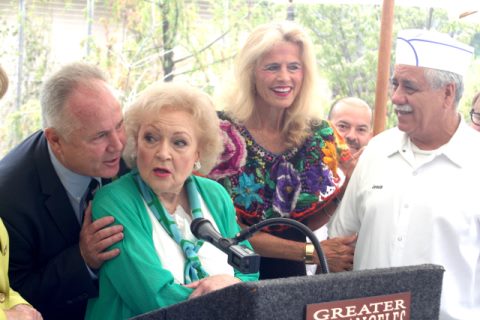 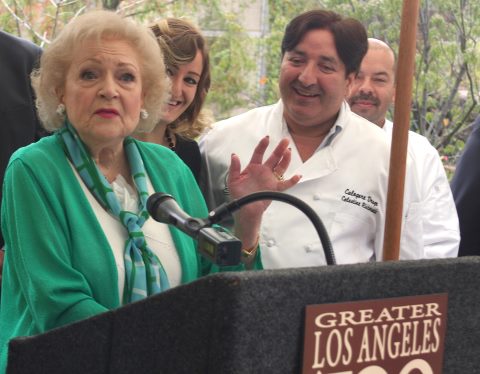