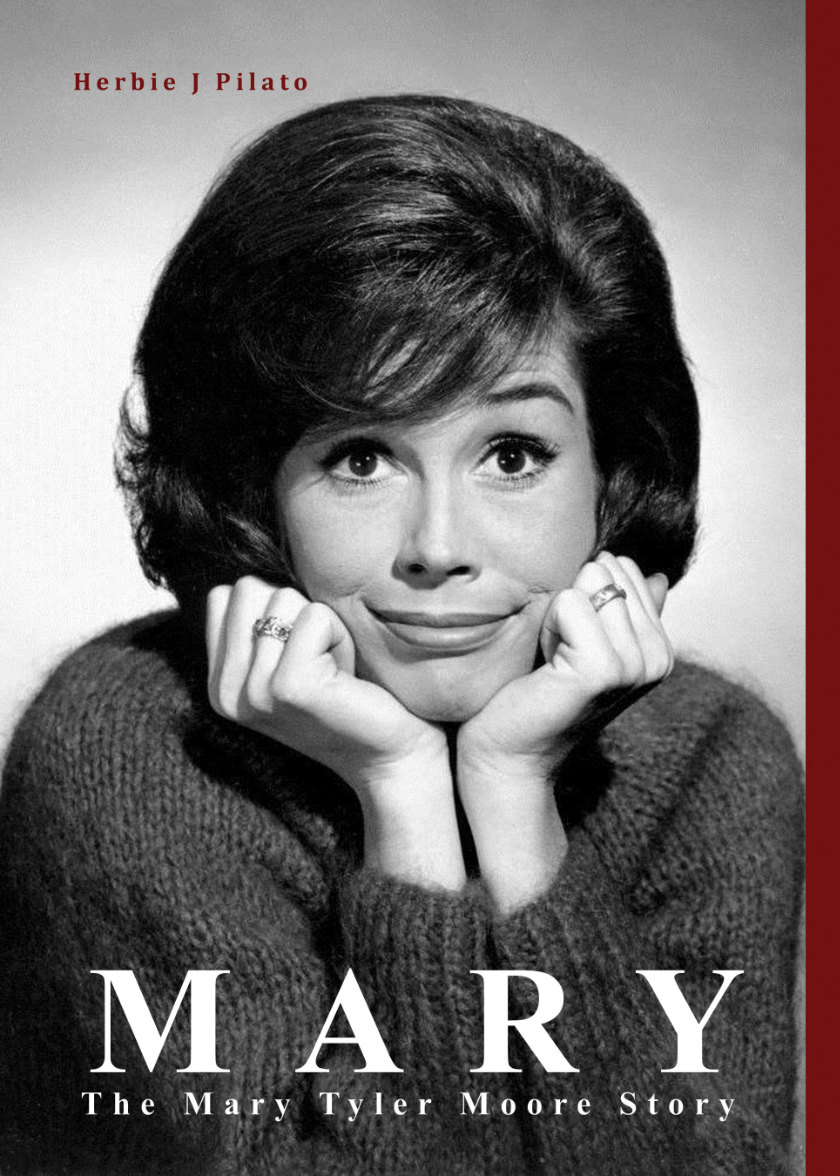 To be released on the second anniversary of her passing, the new biography, Mary: the Mary Tyler Moore Story, offers new insights into the acclaimed Golden Globe and Emmy Award-winning actress who portrayed two of television comedy’s most beloved characters, Laura Petrie on The Dick Van Dyke Show, and Mary Richards on The Mary Tyler Moore Show. Moore also won a Golden Globe and was nominated for an Oscar for her dramatic role in Ordinary People, and an Emmy for the TV movie Stolen Babies.
Jacobs/Brown Press will release the book, penned by Herbie J. Pilato, on January 25, 2019.
Pilato examines not just Moore’s success, but deeper issues such as childhood sexual abuse, alcoholism, juvenile diabetes, cosmetic surgery, her strained relationships with parents and spouses, and the tragic deaths of her son, brother and sister. He also examines Moore’s advocacy for animal rights, and difficulties with co-stars such as Rose Marie. There are exclusive interviews with Ed Asner, Gavin MacLeod, Larry Matthews, the late Carol Channing, and breast cancer survivor Betty Rollin, whom Moore portrayed in the 1978 TV movie, First You Cry.
While younger readers may not know of the significance of Moore’s work, it is fair to say that her Mary Richards character was ground-breaking. She was one of the most iconic characters on 1970s television, with former US First Lady Michelle Obama noting, ‘She wasn’t married; she wasn’t looking to get married; at no point did the series end in a happy ending with her finding a husband—which seemed to be the course you had to take as a woman.’