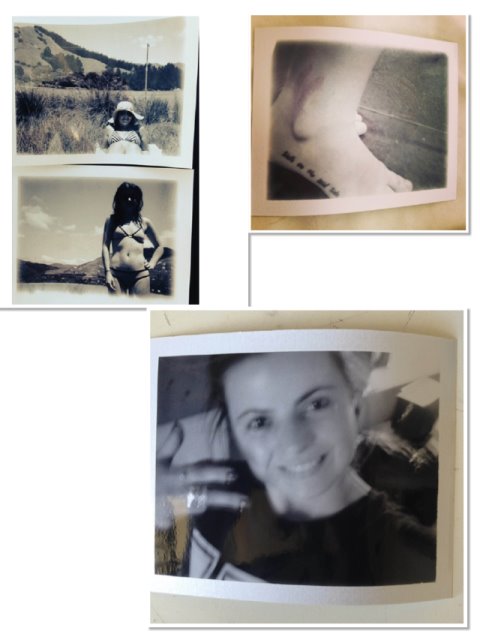 In a modern context, we look to social media to promote us and to expand our visibility in the world. Images are posted and reposted, only to be reposted again. Even this blog is an attempt to promote what I want the world to see of myself, to reach more people than I see in the reality of my day-to-day life.
I like to believe I belong outside the technological generation we live in. My mind constantly ponders the idea of living in the ’60s or ’70s. A better generation, perhaps? I like the less commercial, less complex nature of this time. Every photograph had vastly more value than in the throwaway mentality of today. This may, however, seem crazy to those who grew up at this time, as the ’60s was no question the dawn of what we would recognize as modern commercialism. They believed factories and the extreme speed of the making of new products, including the production of photography, was exciting and beneficial. And perhaps it is … or not.
Twenty thirteen represents a time of contradictions: it continues to promote fast consumption while emphasizing the need to slow things down. This concept makes me wonder about my obsessive need for things to be both one-off, special and not designed to be used and thrown out. My 1970s Polaroid is a prime example. What do I love about it? Its tactile nature. Its reality: the touchable nature of the images, they are an object that is not purely a series of pixels inside my Mac. Maybe what I love most, though, is the inability to fake it. The images can’t be staged: they are taken once, printed out and that’s it. No Photoshop. No filter. Nothing. They are what they are and due to cost of film, it seems crazy to throw any out. Whereas on my Iphone millions of images are taken, deleted, altered, posted, etc. It’s no longer the exciting act of capturing a moment; it has become something quite different. Once posted, they become freely accessible to anybody and have the ability to be endlessly copied to the point of no longer being original. I contradict my hate of this, however, by photographing the Polaroid photos themselves, and posting. Otherwise, how would anybody see their beauty? Therefore, the same fate can fall to my photos of photos. Maybe having the only original for myself in a physical state makes me have less hate for this copying.
The mindset I have about everyone needing to see the photos is very 21st-century, however. The ’60s saw no need for everyone you know to see your images, purely those who took the time to look through your photo albums, those close to you, not the public or, frankly, anyone in the world who wants to look.
I find myself loving and hating the digital age. I hate the lack of original thought of how it is now, though the transmission of imagery. But I love its ability to share imagery with more people. I love that my friend Kat in the US can see what I’m doing, but I hate that she will never know if I chucked a filter on to make it look more sunny or me more tanned. In the same sense, I love my Polaroid because it is void of the perils of the Photoshop age where everyone is altered to be perfect or the same. Once again who wants to be the same: that’s not beautiful is it?
This hatred of un-originality is repeated in all aspects of my life. My hate for chain stores: all looking like clones of one another. Copying another style, that really grills me. I open a trashy OK magazine only to find I can buy the exact outfit Kim Kardashian is wearing today. So if I shop where she shops and wear what she’s wearing I will be better or look better? Is that the point? I’m struggling to get it. This obviously is also enabled by the transmitting of imagery.
Don’t get me wrong, I have women I admire in terms of style, but that doesn’t make me want to be them or look identical to them. Strangely enough, I want to be myself. I want to look like nobody else. My face already does that as does my voice, my personality and my life experiences so I want my fashion to be also. I like to think the way I put things together is a direct representation of me and me alone. More than anything I hate the lack of ownership over images, as well as personal style. I believe the celebrating of originality is strongly lacking in our modern context. Perhaps what I love most about my Polaroid in that case, is the one-off nature of every single image. This is how I want my style to be also: one-off, like me.—Anna Deans

One thought on “Polaroid projection: originality in the digital age”