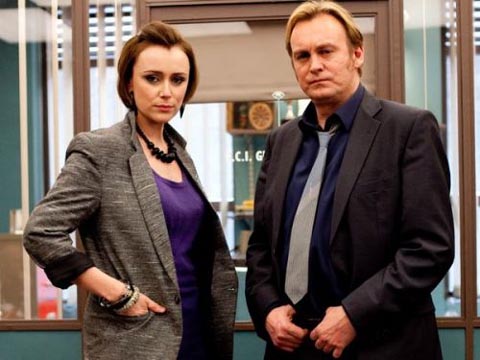 Above Keeley Hawes as DI Alex Drake and Philip Glenister as DCI Gene Hunt in Ashes to Ashes, concluding tonight on BBC One.

Tonight on BBC One, the ﬁnal of Ashes to Ashes airs in the UK.
Of all the TV shows we have covered in Lucire, Ashes to Ashes seems to be one that comes up the most regularly. Why? Is it the compelling storylines that began ﬁve years ago with the ﬁrst episode of Life on Mars, set in 1973? The 1980s’ fashion that we have written about? The fact that it is ﬁrmly in the Zeitgeist (remember the article in one of our print issues called ‘Fire up the Quattro’ and another one on denim called ‘Jean Hunt’?)? (Yours truly even gave it a mention in a mayoral-campaign speech at a fund-raiser—the UK General Election was not alone with a political Ashes to Ashes reference.)
Answer: it’s all three. While the fashion of the 1980s has been explored in other articles, especially on this website, on the eastern side of the Atlantic few series have gripped audiences with the same level of frenzy. American shows such as Lost have their devotees, with their ever-complex storylines, but both Life on Mars and Ashes to Ashes have had millions of viewers in the UK gripped over a ﬁve-year period with a grand total of 40 episodes, not two dozen per year and a starred cast of over a dozen. It has accomplished this depth of interest through clever writing and quality production, and fought against the tide of culture being exported eastward over the Pond. The direction of the very ﬁrst Life on Mars, by the ever-talented Bharat Nalluri, and the performance by John Simm as the comatosed DCI Sam Tyler, took us into a world that had taken creators Matthew Graham, Tony Jordan, and Ashley Pharoah eight years to pitch.
While Life on Mars’ two years attracted a strong male interest—how many men have not quoted the lines of Philip Glenister’s DCI Gene Hunt at some stage in the last ﬁve years?—Ashes to Ashes has brought in the female factor. Go on to the forums, or browse Jim Keats’s Twitter account (of a character introduced in this third and ﬁnal series of Ashes), and the female interest runs more strongly than the male one. There is the female lead—DI Alex Drake, played by Keeley Hawes—and there is the introduction by fans of a new word in the lexicon: Galex. It’s used to describe the unresolved sexual tension between Hunt and Drake and the desire by fans to see them get together—something Glenister ruled out publicly, though it hasn’t stopped people from hoping it will happen.
Hawes is a ﬁne actress, who has played the Alex Drake character as she was requested: the posh, know-it-all who thinks that the world of DCI Gene Hunt is nothing more than an artiﬁcial construct in her mind in the ﬁrst year of Ashes to Ashes in 2008, to someone more complex and lost in this world, now that she realizes it’s not all in her head.
The Life on Mars–Ashes to Ashes world follows the pattern of successful TV shows in the early 21st century: there are the programmes, and there is the constant speculation in fan forums. The forums (The Railway Arms and Luigi’s chief among them) have been unofﬁcial, set up by fans, although they are frequented by the creators and the stars. There has been the support by journalists, most notably Ian Wylie, who followed Life on Mars intensely for the Manchester Evening News—and is perhaps the most respected media source for fans. There are numerous Facebook groups. Twitter has made it even more intense, with co-creator Graham giving the odd clue, as well as co-star Dean Andrews. More recently, Hawes joined. The ﬁctional characters’ accounts, none of them sanctioned by the BBC, add to the enjoyment: the Keats account gets plenty of hate-Tweets, something which actor Daniel Mays, who plays the mysterious nemesis of Gene Hunt, alluded to when he told Digital Spy he was glad to be heading abroad in case some more intensive fans decided to vent their anger.
Tonight, this world comes to an end with the grand ﬁnalé, a journey that has taken over thirteen years for the creators and ﬁve years for the public. 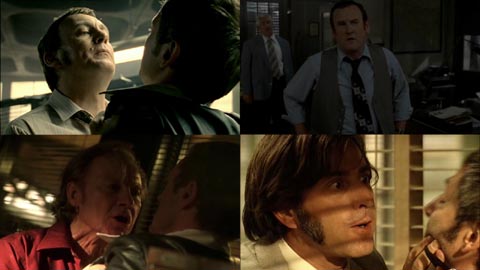 Above The four faces of Gene Hunt (from left to right, top to bottom): Philip Glenister, as the original, in Life on Mars; Colm Meaney, in an unaired US pilot; Harvey Keitel, in the US remake; and Antonio Garrido as Inspector Jefe Joaquin Gallardo in the Spanish La chica de ayer.

Along the way, the premise attracted foreign interest. The Americans were the ﬁrst to understand the potential. Producer David E. Kelley, who originally acquired the rights to the series for his country, saw the characters very differently. Casting Irish actors Jason O’Mara in the Sam Tyler role and Colm Meaney as Gene Hunt, the ABC network felt something was lacking, and gave Kelley a deal, whereby production was turned over to new show-runners. The remake was closer to the original in its dark, 1970s’ tones, other than the ﬁnalé, which revealed that the entire 17 episodes were a virtual-reality simulation. And Gene Hunt, now played by the much older Harvey Keitel, was Sam Tyler’s Dad. Suddenly the casting of Gretchen Mol as the American Annie made sense: she was effectively reprising her role in The Thirteenth Floor.
Then there was the Spanish version, La chica de ayer, where we discovered Inspector Jefe Samuel Santos (Ernesto Alterio) was indeed catapulted back in time to 1977 and chose to stay with his newfound love Ana Valverde (Manuela Velasco), despite being given a path back to 2009. 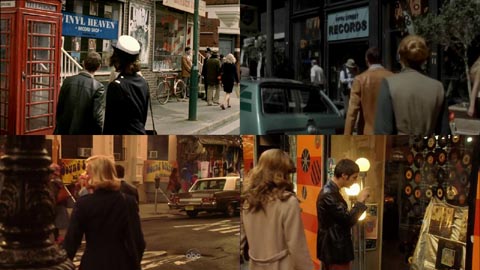 Above Life on Mars’s record shop scene in its various incarnations (from left to right, top to bottom): the UK original in Manchester; the unaired US pilot, set in Los Angeles; the US remake, set in New York; and the Spanish remake, set in Madrid.

With all the speculation and the remakes, Graham and Pharoah—Jordan was not involved with Ashes to Ashes—promise something less predictable tonight. We know Gene, Alex et al will not wake up on a spaceship in the year 2035. And it’s unlikely that Alex has travelled back in time by the same forces that propelled Samuel Santos.
Tonight, the ﬁrst half of the episode rolls out like a standard Ashes to Ashes, leaving the second half ﬁlled with revelations. The clues, they say, have been littered throughout the third series—one might speculate they have been present in previous ones, too. Fans have guessed 80 per cent of the story, they claim, but no one has the full picture.
But even if fans had guessed 100 per cent of the story, BBC One can still expect over six million viewers for the ﬁnalé. And that’s on a Friday night, usually damaging for ratings. Ashes to Ashes is not just a show: it has been a very involved experience in the modern age of television. Both it and its predecessor have achieved this without being “manufactured”: they found their fans naturally, because they were well made and inspired. They are the sort of quality programmes that the BBC, or, for that matter, any broadcaster, should put on to the screen.
Ashes to Ashes is trending on Twitter already today—hours before it is even broadcast. It is, in short, a modern media phenomenon, one which any TV producer would kill to have—yet there is nothing on the horizon that is as distinctive, involving and enjoyable.
After tonight, it will be missed. 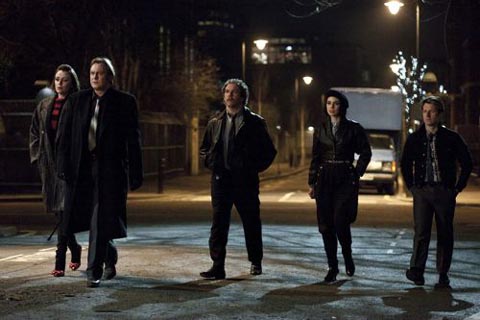 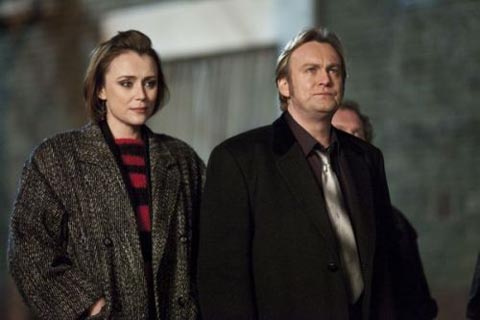 Above DCI Gene Hunt (Philip Glenister) is looking up. That had better not be a spaceship heading to Mars.

20 thoughts on “The ﬁnal of Ashes to Ashes: a cultural phenomenon”