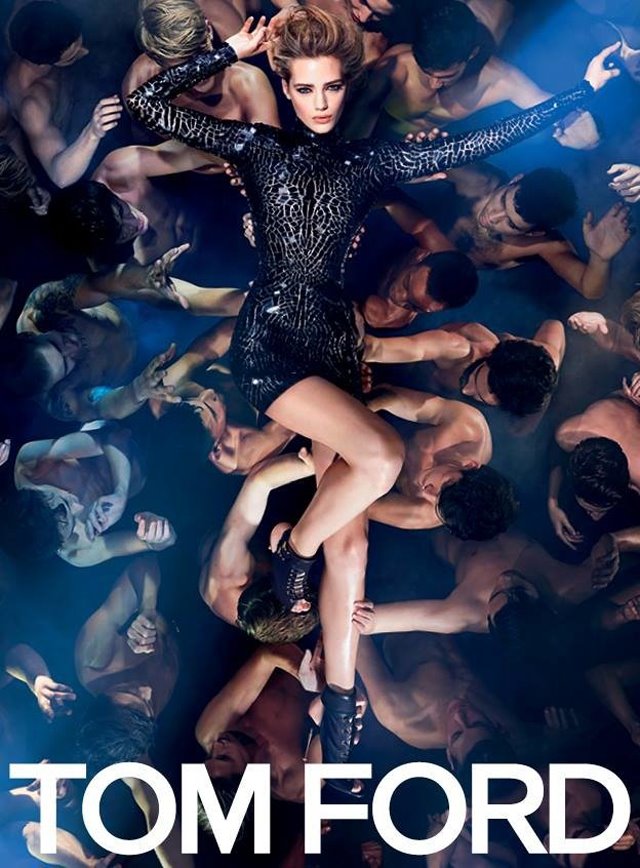 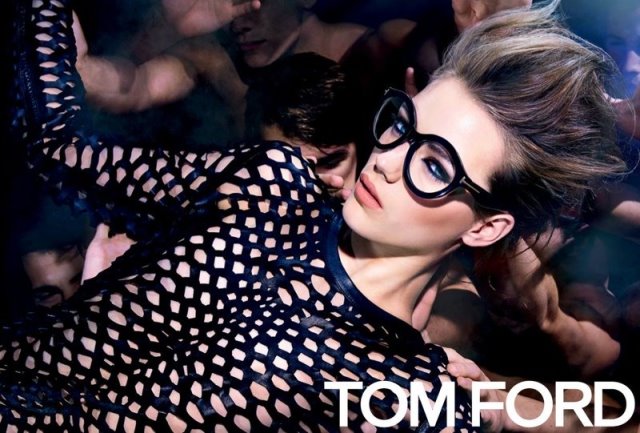 Esther Heesch models Tom Ford’s spring–summer 2014 campaign, shot by the designer himself in London.
The setting sees Heesch, in the role of a star, surrounded by a male crowd in a nightclub setting, looking seductive in black dresses and shoes from Tom Ford. Trends in the advertisement include leather, crystal embellishments, short hems, perforations, killer heels and thick-rimmed eyewear.
The male campaign features Conrad Bromfield and Carlos Peters, wearing brightly coloured tailored jackets and trousers.
The entire women’s collection, shown last September at London Fashion Week, had a harder edge than other designers’ projections for the season. Instead of soft and romantic, Ford’s woman is sensual and powerful. While not depicted in the initial campaign images, the spring–summer 2014 collection also features long-sleeve dresses, leather jackets and psychedelic patterns.
Ford photographed and styled, while Orlando Pita did the hair, Charlotte Tilbury the make-up, and Liza Smith the manicures. Charlie Parker produced the campaign shoot. 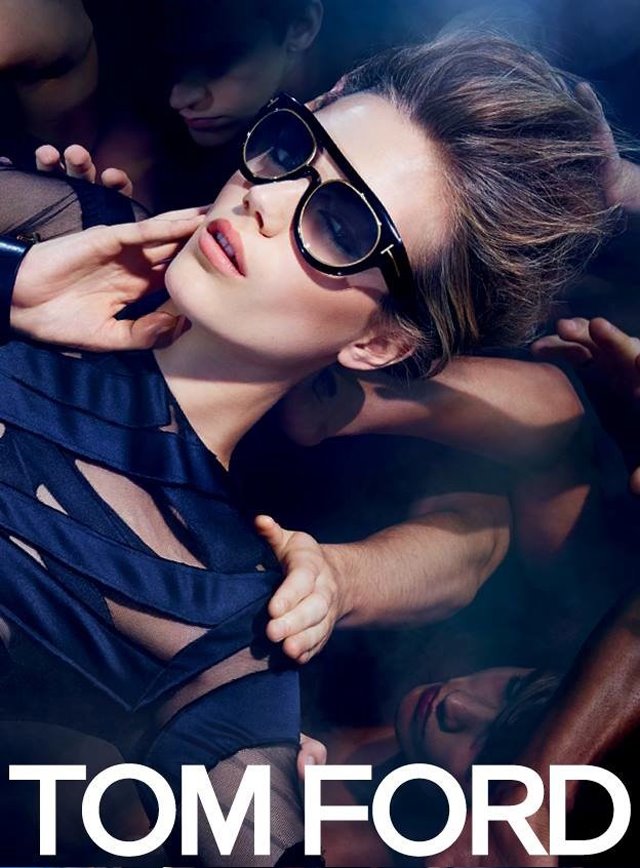 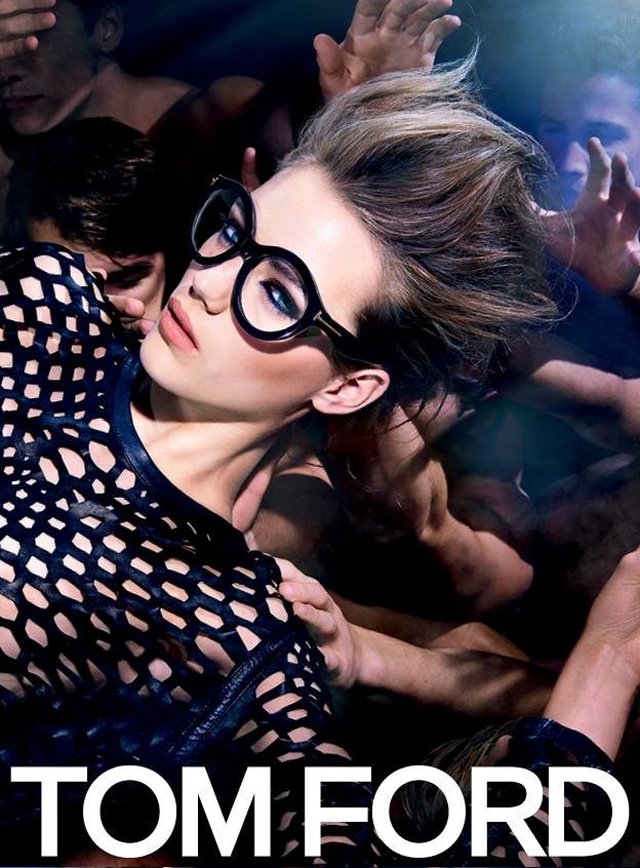 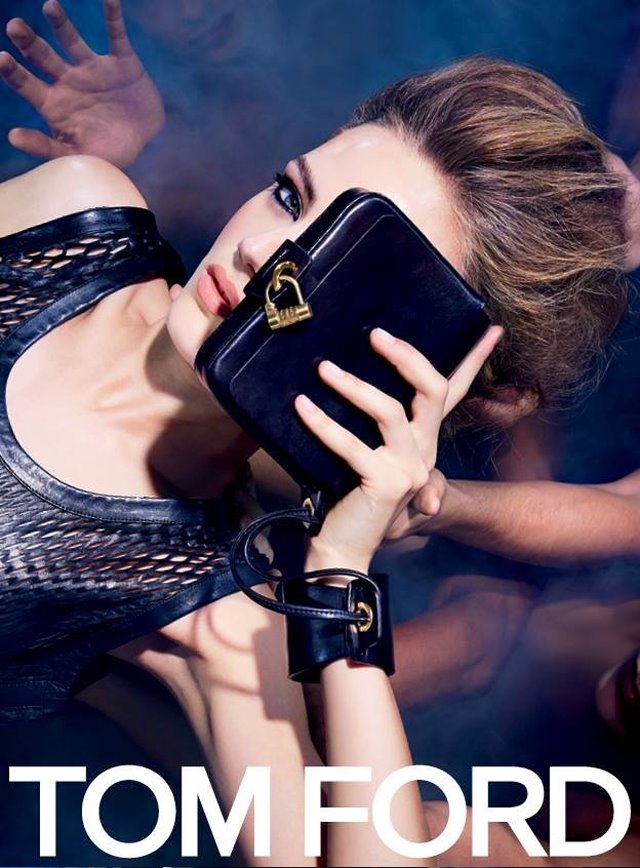 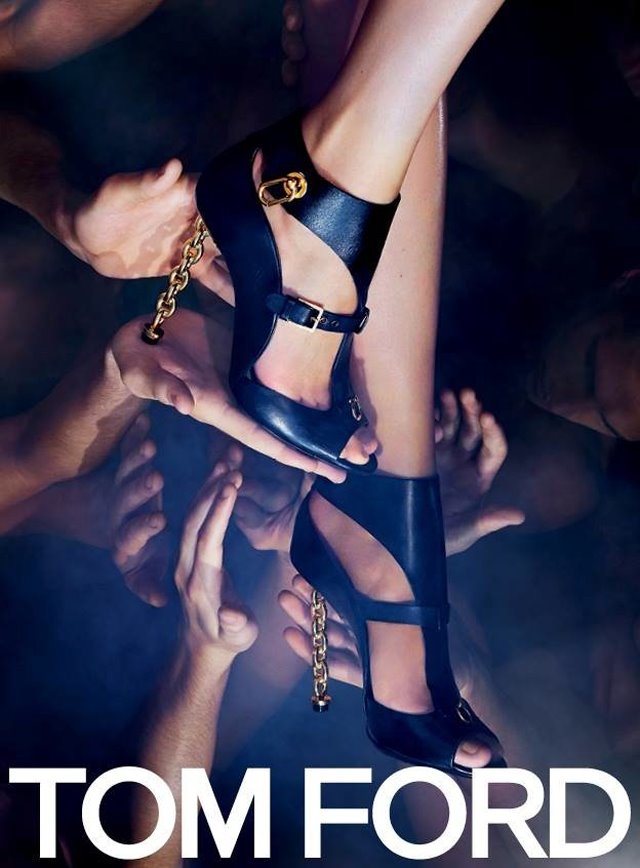 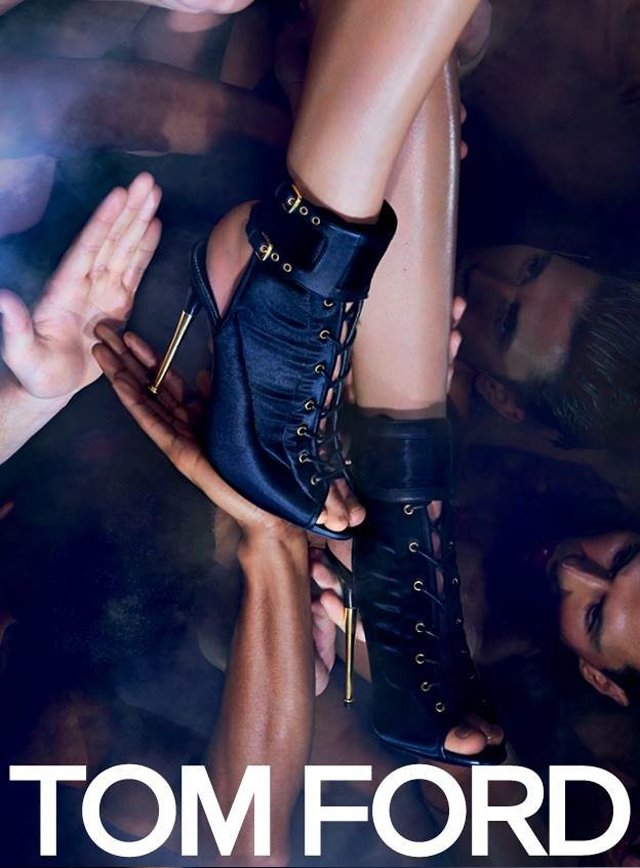 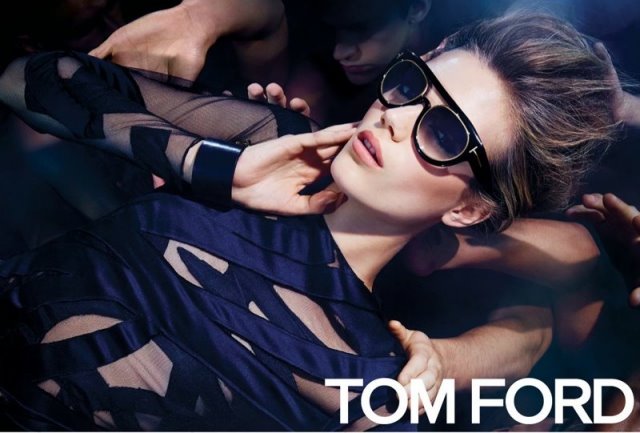 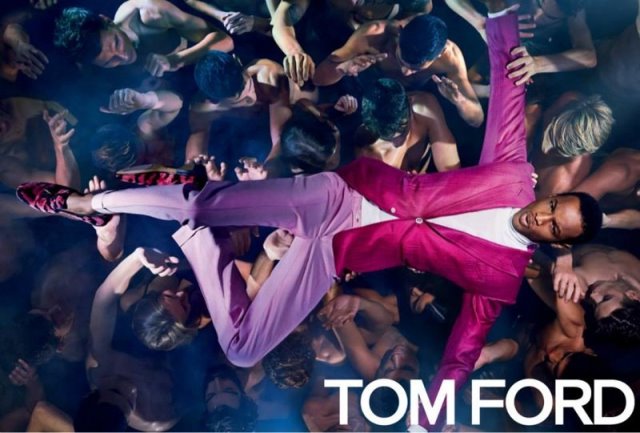 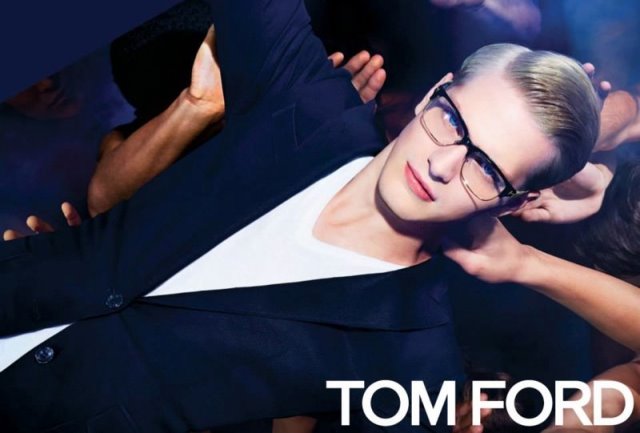 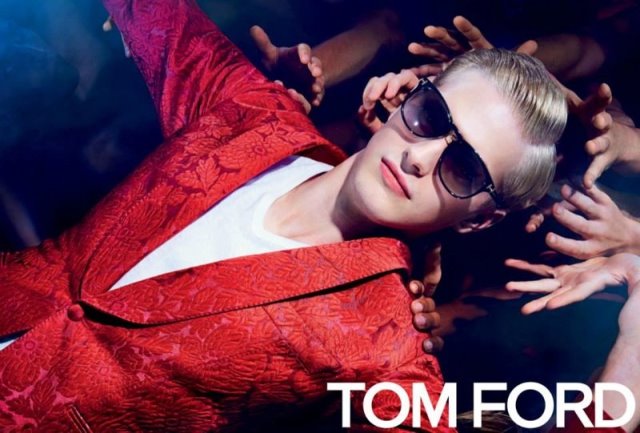