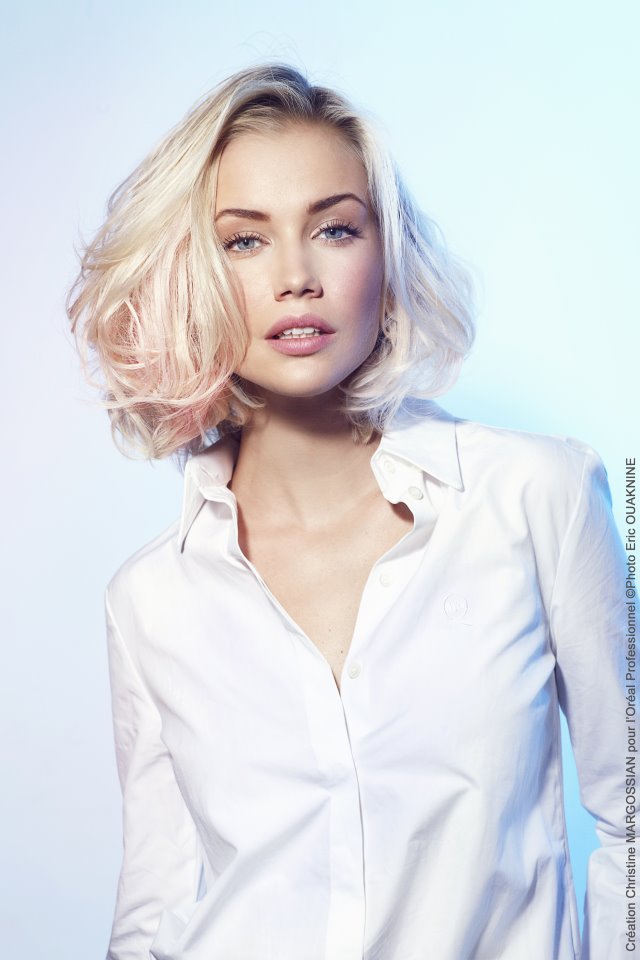 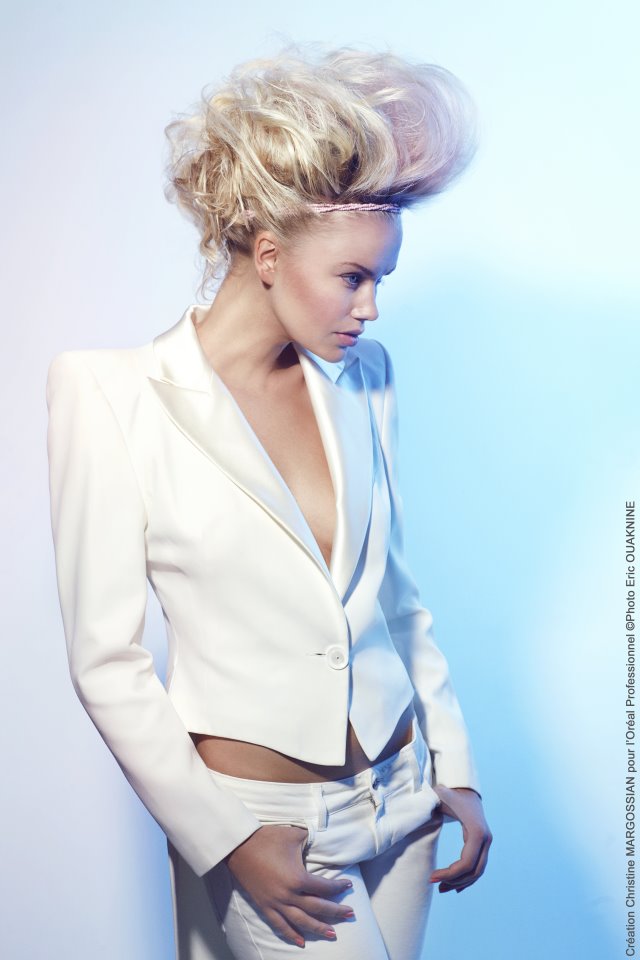 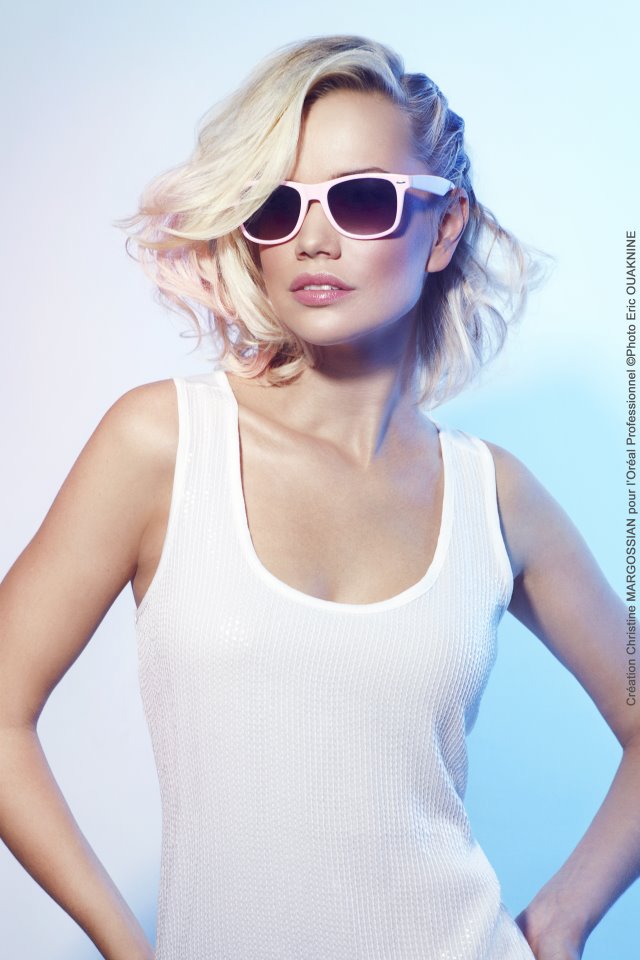 L’Oréal Professionnel has shown its new hairstyles for spring–summer 2014, as conceived by its ambassador Christine Margossian. Margossian was named the Meilleure ouvrier de France (MOF) when she was 24 in the early 1990s, with her medal awarded to her by President Mitterand. The psychology-trained hairstylist has had a decades-long partnership with L’Oréal Professionnel, and has been coming up with new trends each season.
Her new “it” look for the season is named Touch of Pink, summarized with the keywords of optimism, freshness and natu­ral.
Margossian forecasts a minimalist style, and says that platinum-blonde hair with pastel-pink touches are in. One can choose to have the hair down, letting it ‘fly with the wind,’ keeping it up using twists, or a headband.
The styles are based around a layered bob, featuring very light blonde highlights using L’Oréal Professionnel’s Lightening Paste Platinum. Splashlights will remain on trend for spring, with pink diluted hair chalk. They also employ the brand’s Volume Architect Tec-Ni Art, SOS Volumetry, Infinium and Crystal Gloss hair sprays.
The first look, ‘Mutine’, features few pastel pink twists to show off one’s platinum locks.
The second look, ‘Re-belle’, sees an extra-large chignon with plenty of volume, held up with a headband. Here is where Margossian sees pink pearls and the smoking jacket to complement the look.
The third, ‘It-Side’, has fine twists on the side, and works for both day and night wear.