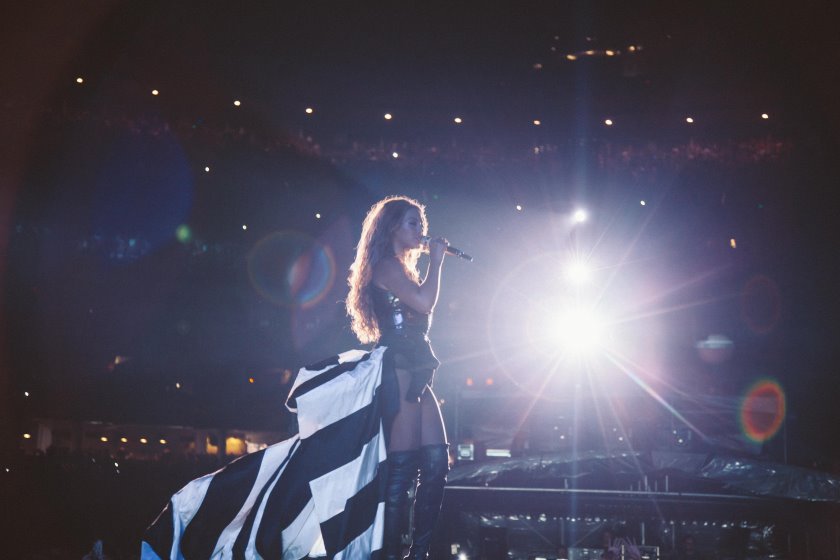 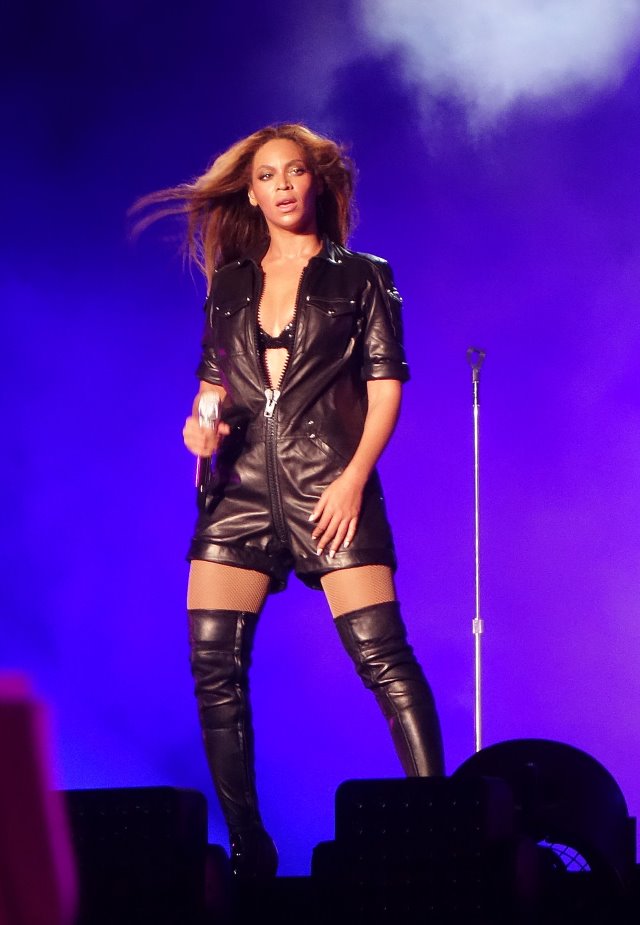 Beyoncé wears costumes by Givenchy haute couture by Riccardo Tisci while her husband Jay Z wears Givenchy by Riccardo Tisci in their On the Run tour.
The tour kicked off on June 25 at Sun Life Stadium, Miami Gardens, Fla. Beyoncé wears three costumes especially designed for her by Givenchy’s creative director Riccardo Tisci.
Beyoncé wears a black leather short jumpsuit, with the embroidered inscription ‘BBB 17’, with chunky zipper details and hand-embroidered bra and panties as her first Givenchy haute couture outfit.
Her second outfit, ‘Single Ladies’, is a reinterpretation of her leotard, in black stretch tulle embroidered with paillettes, 3-D stones and crystals, and a fishnet-on-skin tulle centre part.
Her third outfit, for the finalé with Jay Z, is a black vinyl and velvet bodysuit with a fishnet catsuit underneath, and a 5 m long American flag shirt-skirt in black and white taffetas with embroidered stars.
She wears custom-made nappa and patent leather thigh-high boots with each design.
Jay Z wears a custom-made tuxedo in black grain-de-poudre with a black and white American flag print T-shirt from the upcoming Givenchy by Riccardo Tisci spring–summer 2015 menswear collection, in the opening number (‘03 Bonnie & Clyde’).
The On the Run: Beyoncé and Jay Z tour will travel through the US before heading to Europe in mid-September, at the Stade de France in Paris on September 12 and 13.
The tour had already made headlines for showing off hitherto unseen footage from their wedding and of daughter Blue Ivy Carter.
According to Forbes, the couple was the highest-paid in 2013, with an estimated income of US$95 million. 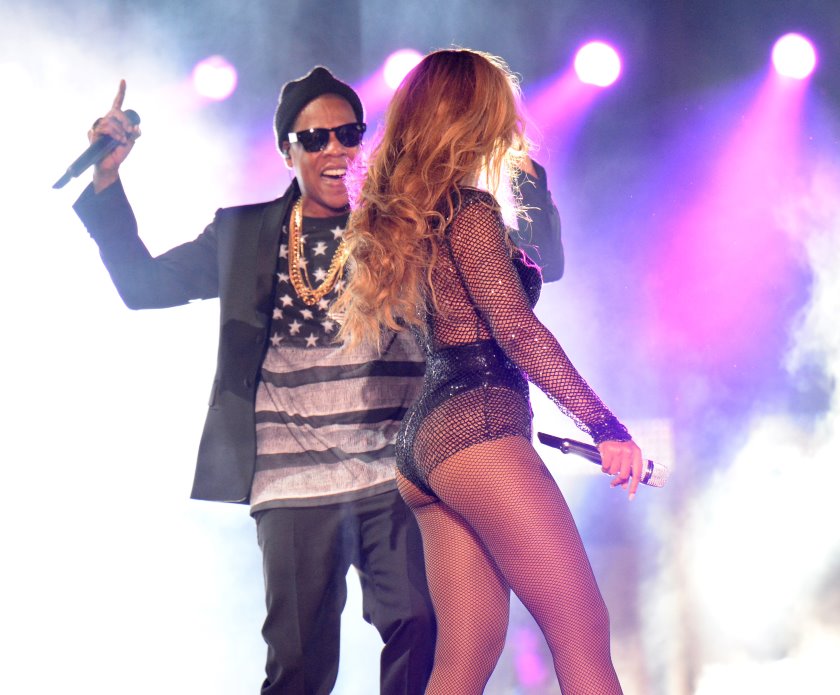 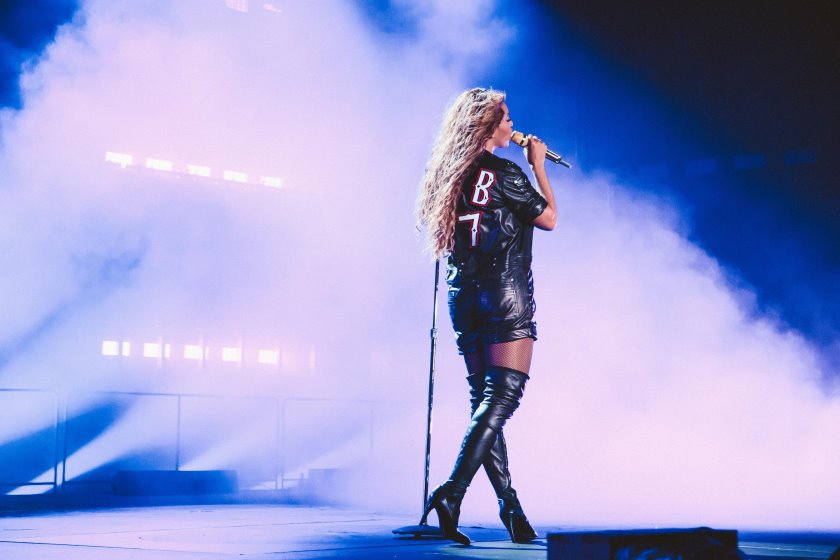 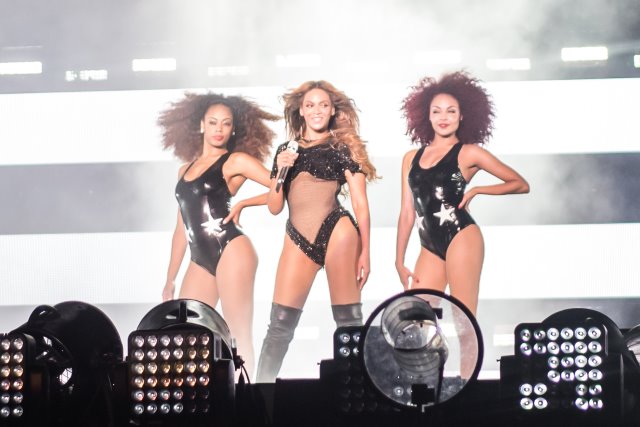 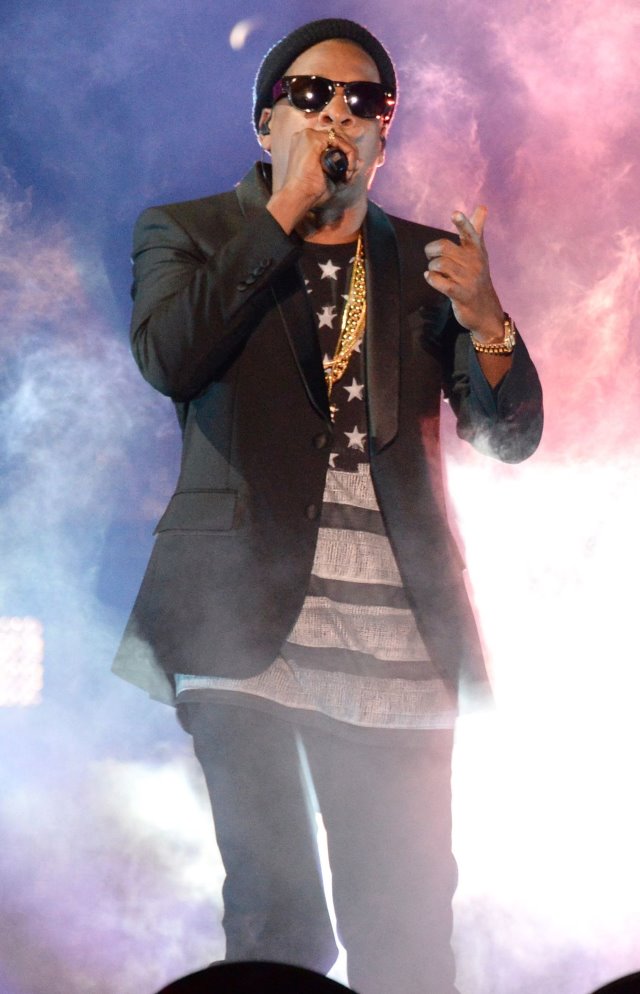 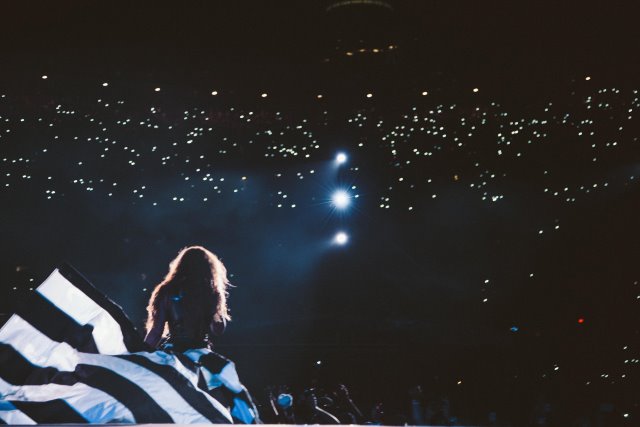 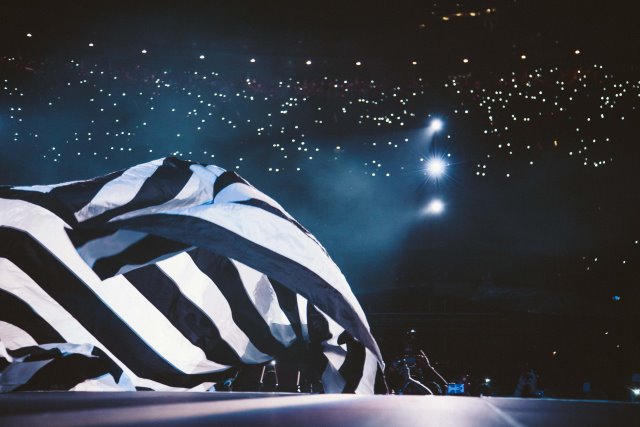 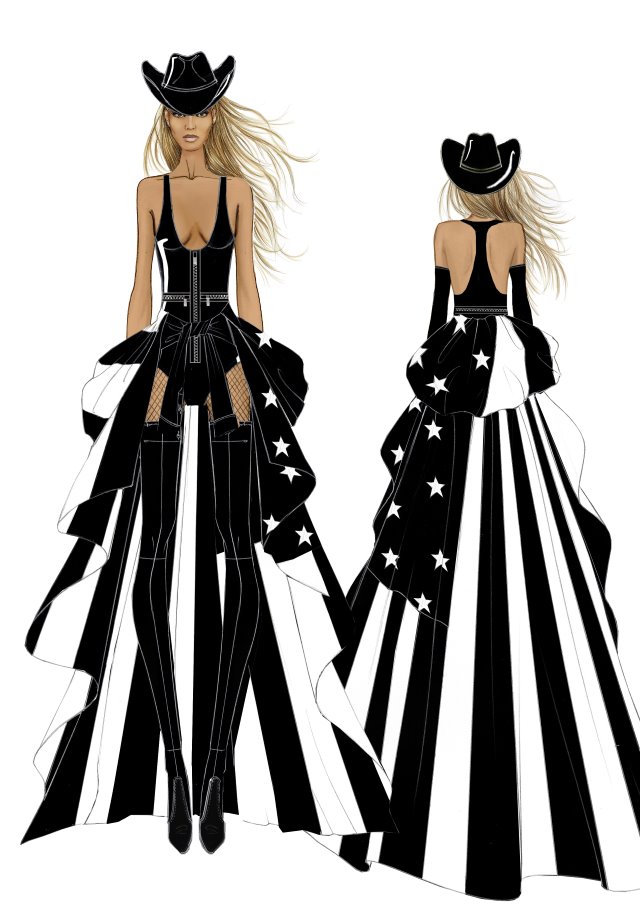