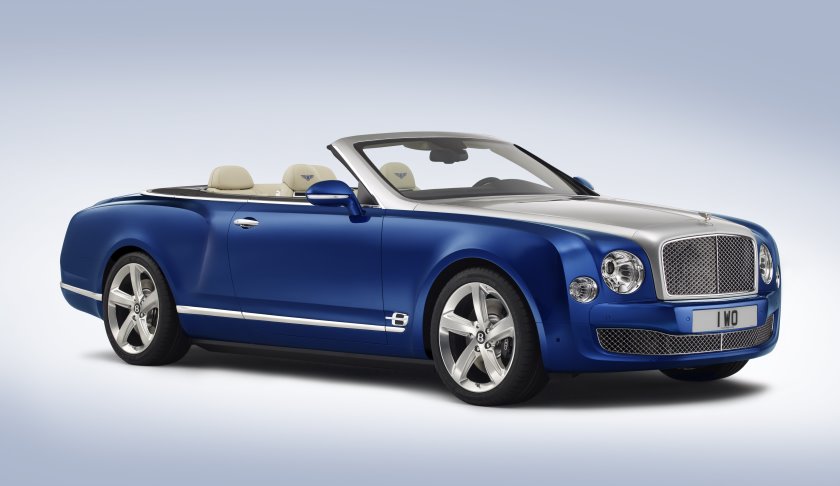 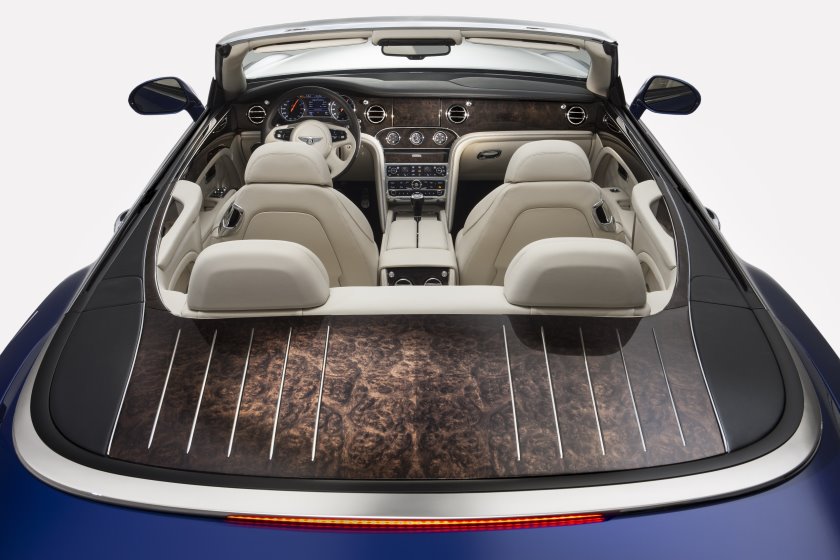 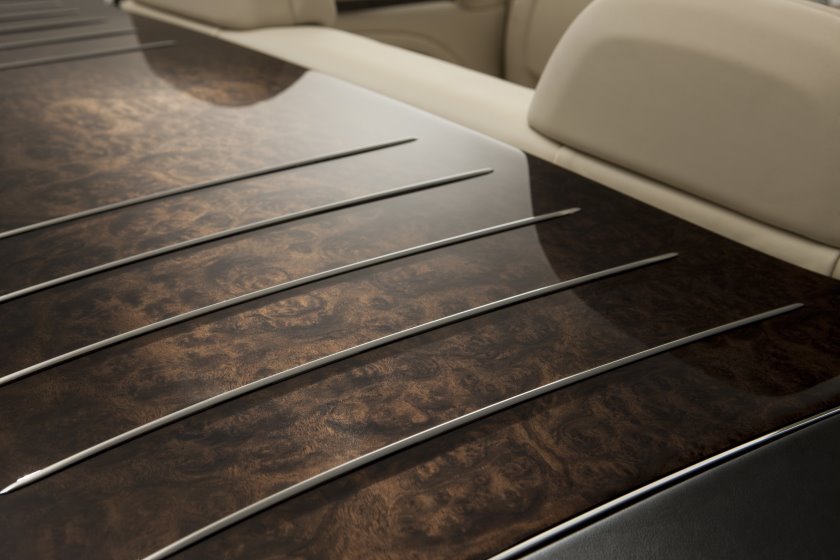 Since Volkswagen took over Bentley, the company has only fielded one convertible line in the top tier, the Azure. Since 2010, the marque has left the convertible market for the Continental GTC to pursue, but those wanting something more exclusive have had to turn to Bentley’s former sister brand, Rolls-Royce, which had tapped into the Azure’s former market with the imposing Phantom Drophead. The Rolls-Royce took cues from expensive motor boats, with its wooden rear deck, and the cubic capacity was 6,749 cm³, a single cubic centimetre less than the 6,750 that the company’s cars had as standard for much of the period under Vickers ownership.
Bentley, not to be outdone, has taken its Mulsanne, which débuted in 2009, and created a new convertible, called simply the Grand Convertible. Under the bonnet is the company’s 6,752 cm³ twin-turbo V8, developing 537 PS (395 kW), while externally, the Grand Convertible has a wooden deck, signalling just which car it is gunning for. However, it is just a concept for now, developed to gauge potential consumer interest.
Bentley calls the Grand Convertible its ‘most sophisticated open-top car’ and it is relying on being more understated than its rival. It is certainly elegant, and its proportions are more classical than the Continental GTC’s.
Bentley chairman and CEO, Wolfgang Dürheimer, said at the car’s unveiling in Los Angeles, ‘This concept demonstrates Bentley’s ability to create a pinnacle convertible Grand Tourer, while embodying elegance beyond compare. With this car we combine the opulent Mulsanne experience with the full sensory indulgence of open-air touring, continuing to unite luxury and performance in new ways.’
The car will go on display at the Los Angeles Auto Show from November 19. In December, it will be displayed at Art Basel in Miami. 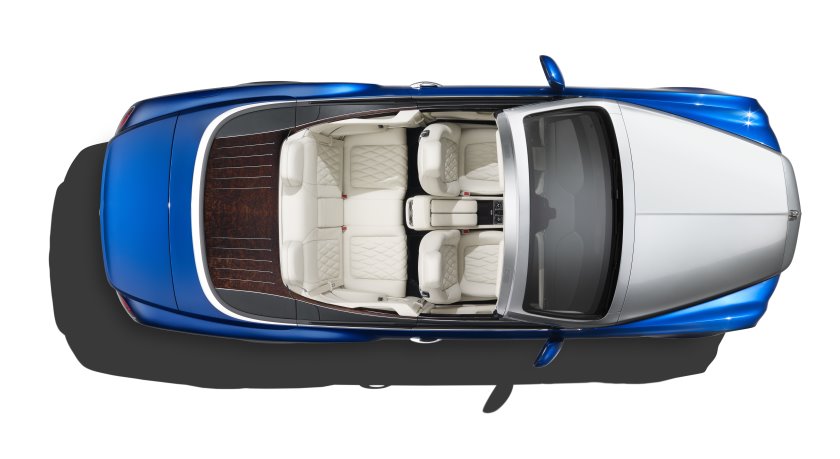