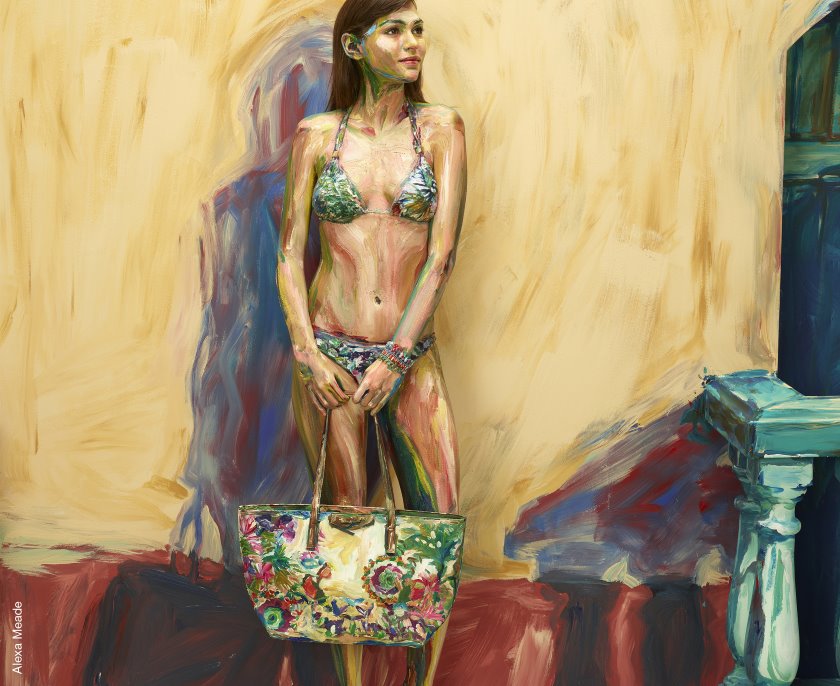 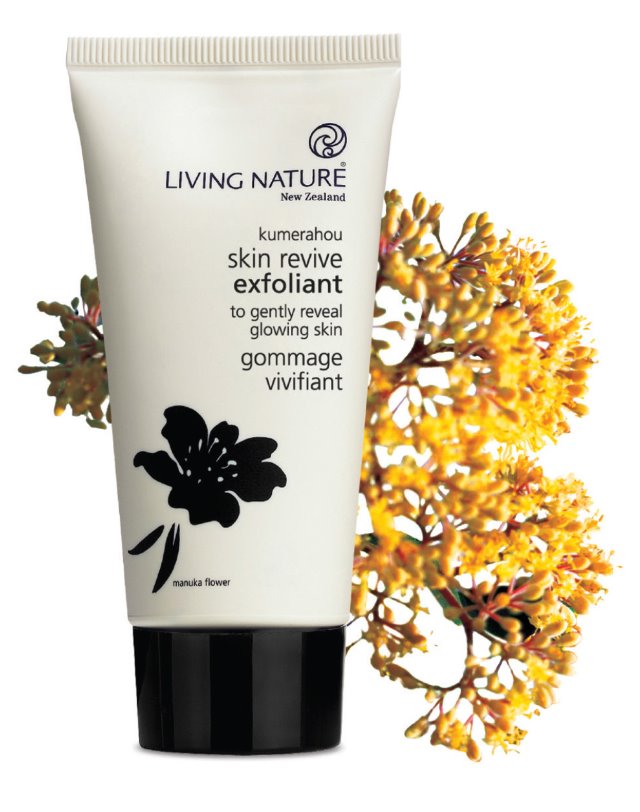 From issue 34: Living Nature’s Skin Revive Exfoliant is a wonderful addition to the range that’s known for its 100 per cent certified natural ingredients (by BDIH in Germany), its safety on skin, and its ban on animal testing. There’s a nice scent here—as with Living Nature’s products, it’s not overbearing—along with gentle jojoba and candelilla beads that lift dead cells from the skin, stimulating renewal. Being natural, there will not be any damage to the skin and they’re biodegradable, unlike the plastic microbeads that make their way into the oceans. The hero ingredient, kumerahou, is rich in phytosaporins and provides antimicrobial protection. More at www.livingnature.com.
Celebrating World Art Day on Wednesday, Desigual teamed up with artist Alexa Meade, who has painted on to the set of a photo shoot, including the models and the bags themselves. The company says it chose Meade as a collaborator because of her unconventional, edgy approach. She has painted on three scenarios as part of the collaboration.
Another recent collaboration has been between Cole Haan and Happy Marshall Productions, on a film production called The American Dream Project. It partnered with FilmBuff to première the series on April 15, with Amazon, Dailymotion, Google Play, Apple Itunes, Ora TV, Vessel, Vimeo and YouTube, examining whether the American Dream still exists across the US and what it looks like today.
British-born, New York-based filmmaker James Marshall and American photographer Todd Williams were armed with $250, travelling from New York to California through 15 states on Indian motorcycles, exchanging their work for food and shelter, and getting to know the people on the way. They stopped in eight towns and cities en route. ‘The generosity and kindness of the complete strangers I met has stuck with me the most. We are constantly told how dangerous it is out there and how different we are from each other. My experience was that people are mostly generous, kind and we have more in common than not,’ said Marshall.
The trailer can be found at ColeHaan.com/americandream; the entire series can be found here and each episode also appears embedded below.

Rendville: Working Together from FilmBuff on Vimeo

Iowa: Part 1, Live to Fight Another Day from FilmBuff on Vimeo

Taos: Innovation from FilmBuff on Vimeo 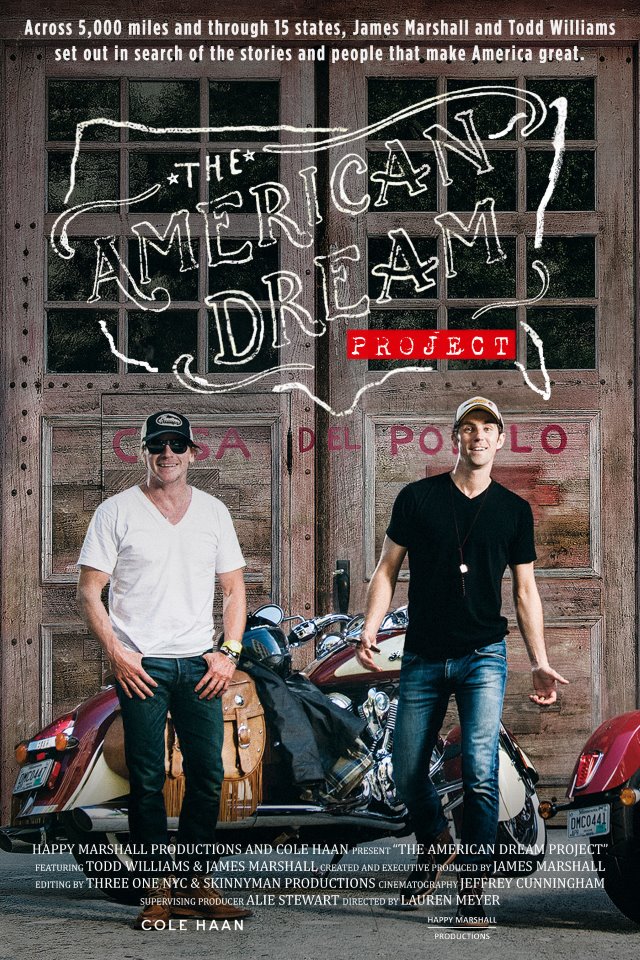