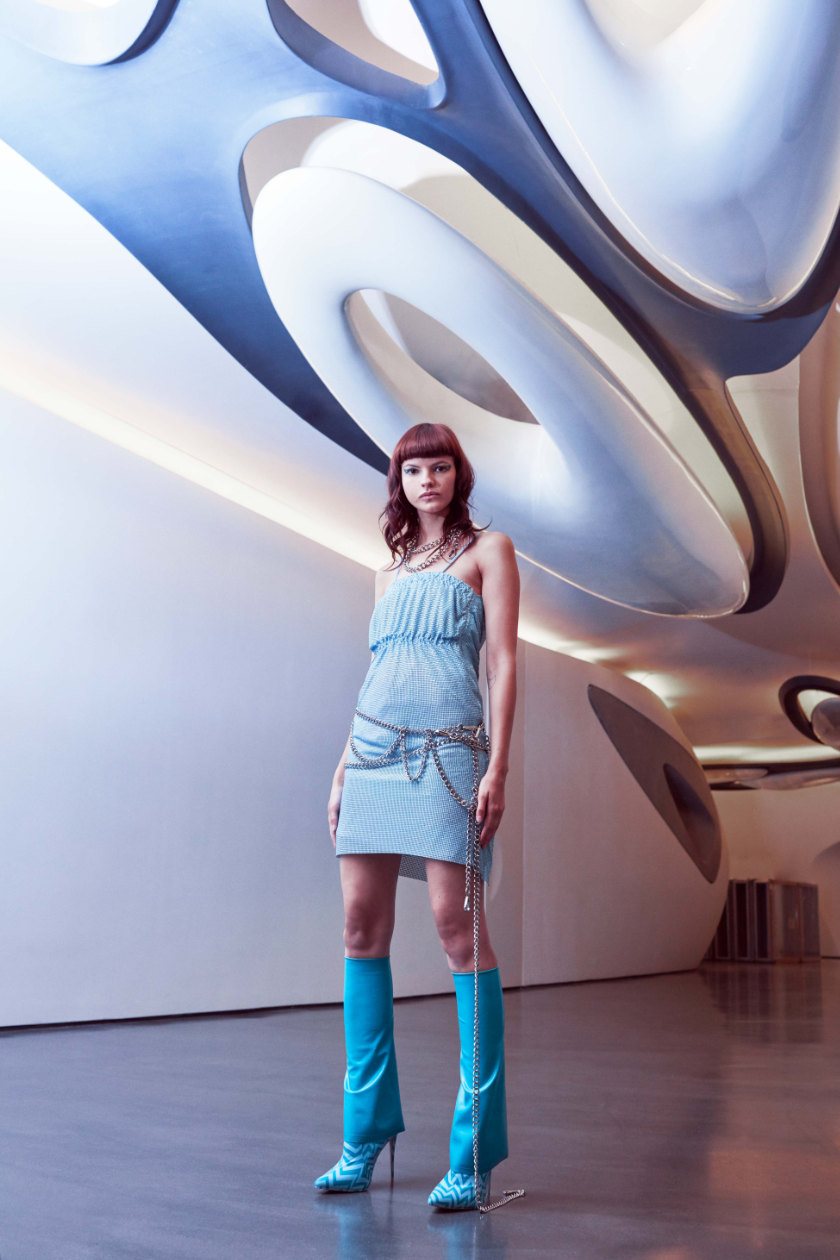 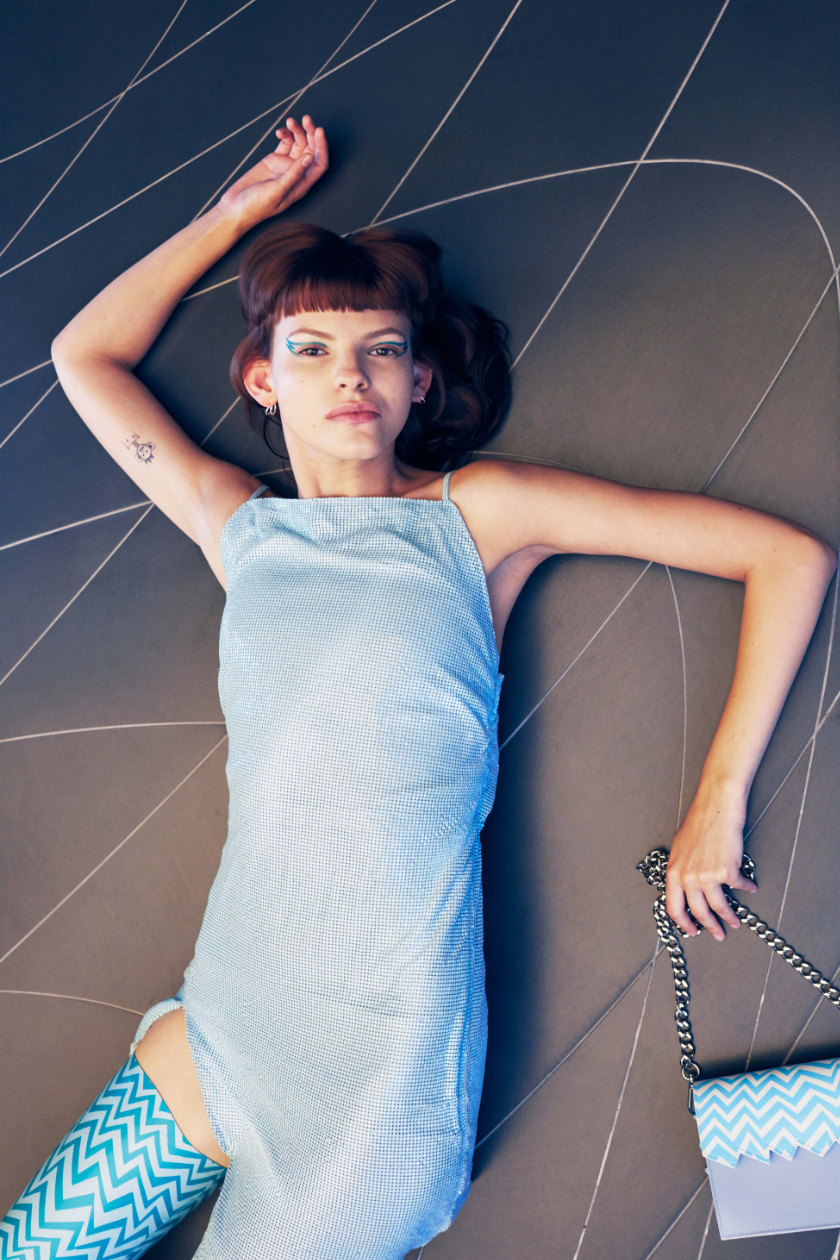 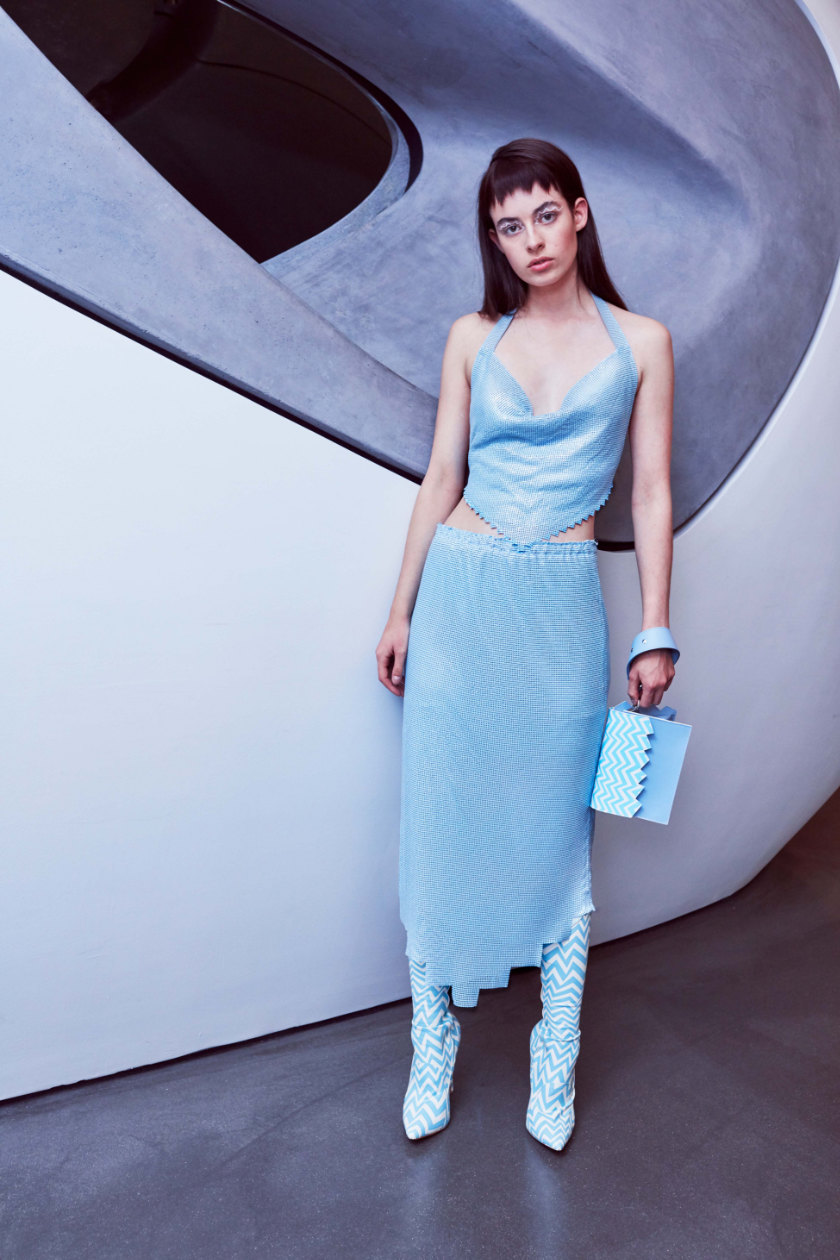 Two Central St Martin’s graduates from the class of 2015 formed a new label in March, Poster Girl, and have just announced their Series 1·1 collection for spring–summer 2018.
The idea behind Francesca Capper and Natasha Sommerville’s label is to create four collections per year on the same theme, each building on the last.
The look is ‘nostalgia meets the future’, reflected in their latest collection, especially in its promotional look-book images.
The designers say that their vision for Series 1·1 stems from ‘Zaha Hadid’s architectural fluidity and obsession with water giving birth to this year’s “liquid metal” chainmail concept.’ The look book was shot at the Roca London Gallery, which had been designed by Hadid’s architectural practice.
Capper and Sommerville have worked at Christian Dior, Bulgari, Jeremy Scott, Alexander Wang, Vivienne Westwood and John Galliano, according to their release. 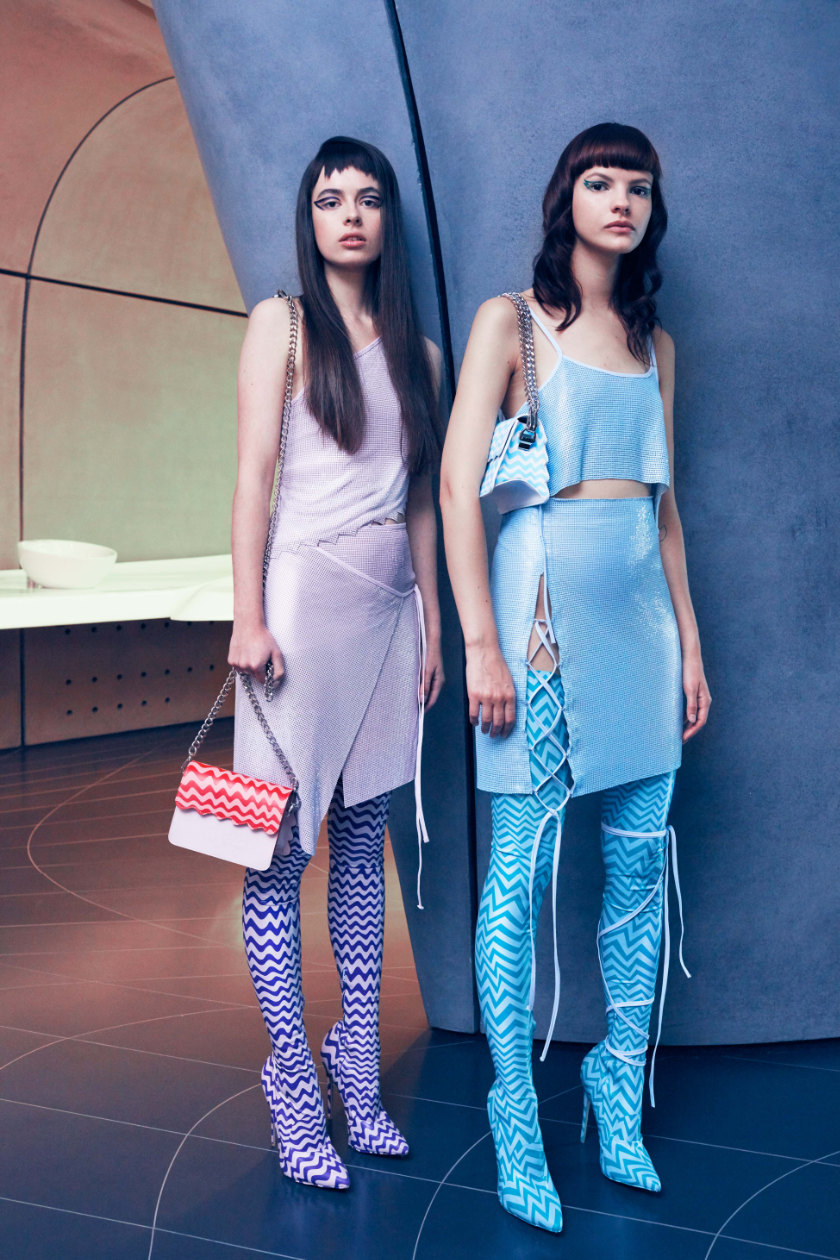