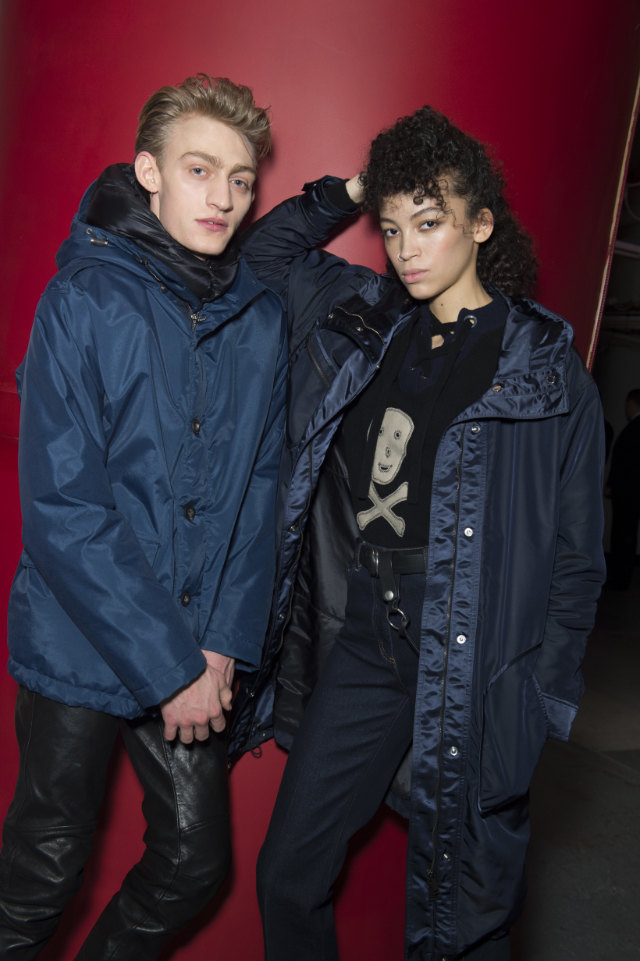 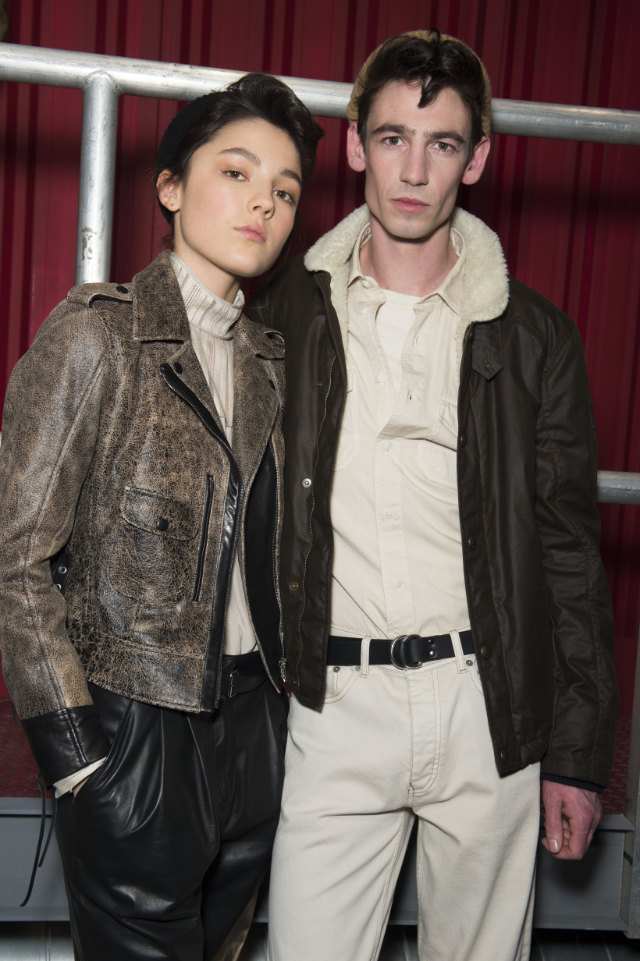 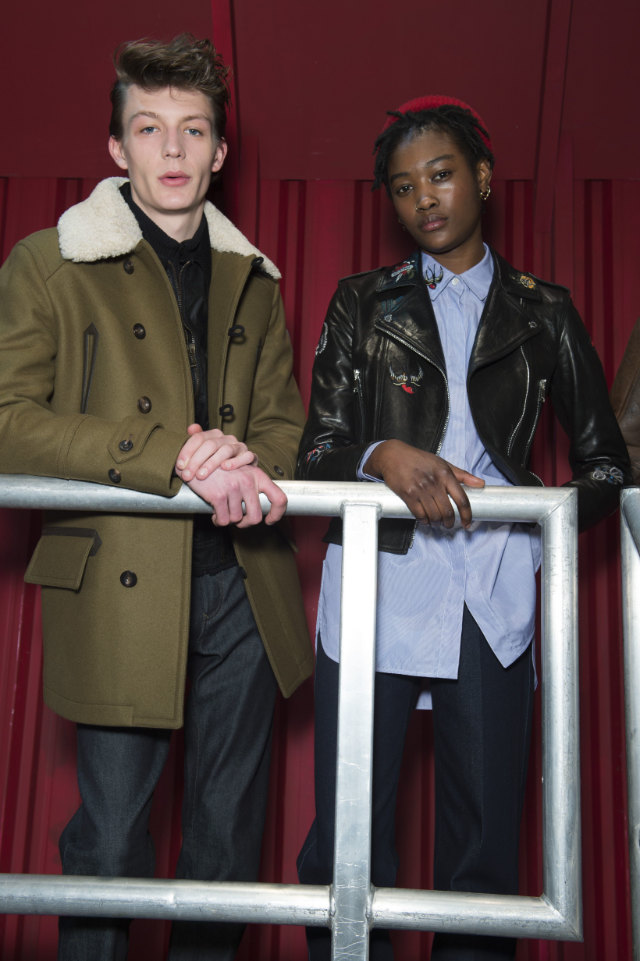 Belstaff has shown its autumn–winter 2017–18 collection in London, for both men and women. The Jolly Roger collection, inspired by World War II Royal Navy uniforms, even has vintage wax treatments on some designs to give them a worn look. Belstaff notes that the pea and duffle coats have been re-created, while the parka is based on a Belstaff design created for the British military in 1960. Creative Director Delphine Ninous said, ‘The formal naval-inspired pieces are contrasted with a more rugged and free-spirited look appropriate to downtime on the docks. This sense of temporary escapism is reflected in edgier elements such as naval tattoo designs and the Jolly Roger flag, giving a sense of rebellion and individuality.’ Tones are red, brown, blue and military green; base colours are charcoal grey, black and navy, with highlights in spruce teal, sanderling, cardinal red and burnished gold. 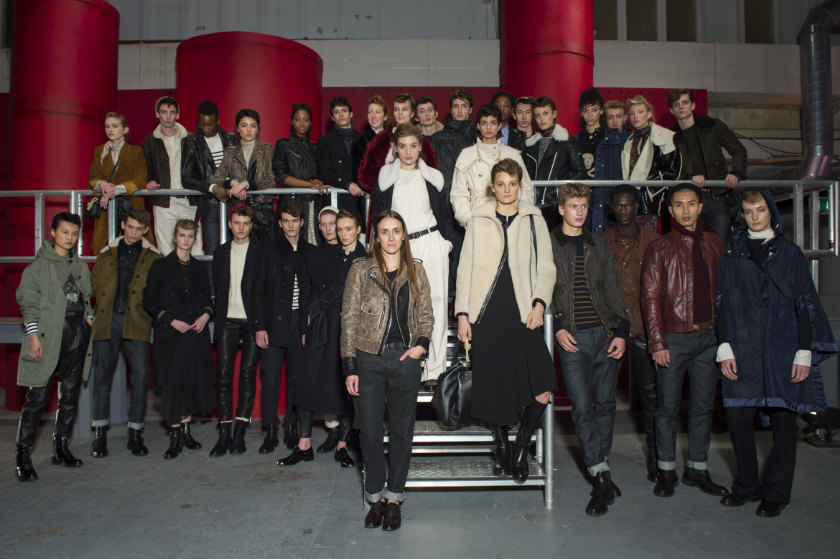 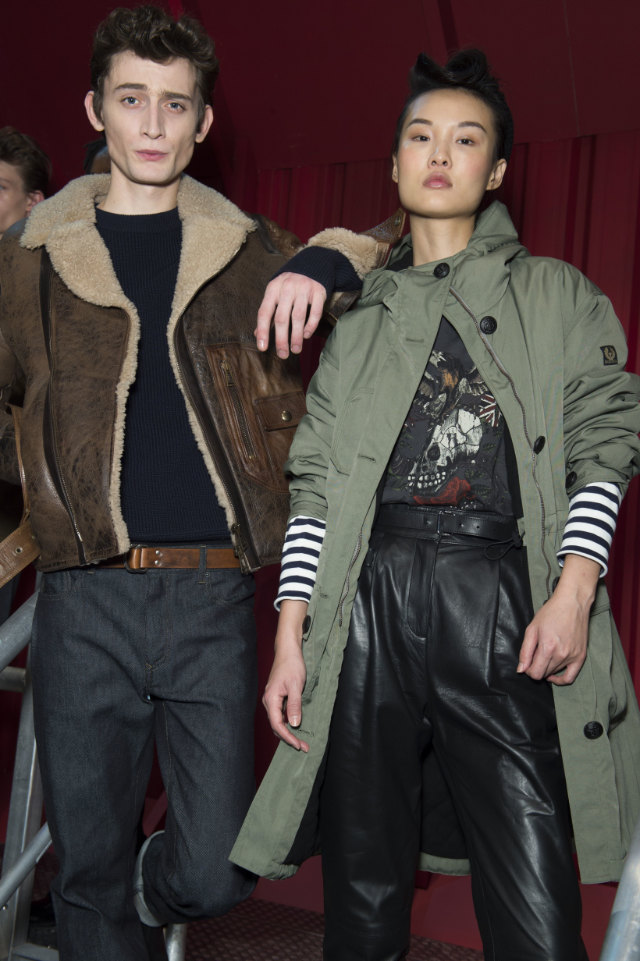 Meanwhile, Chanel has previewed its advertising campaign for its spring–summer 2017 prêt-à-porter collection. The campaign itself has been overseen by Karl Lagerfeld, with contrast at its core. A pop Lolita metamorphoses into a cyberpunk; a tweed jacket has an electronic circuit board as a motif; an off-white silk and lace coat covers a black babydoll. There’s a startling modernity to the images, tying in to the Data Center Chanel catwalk show in Paris last October, which saw high-tech meet the 1990s. 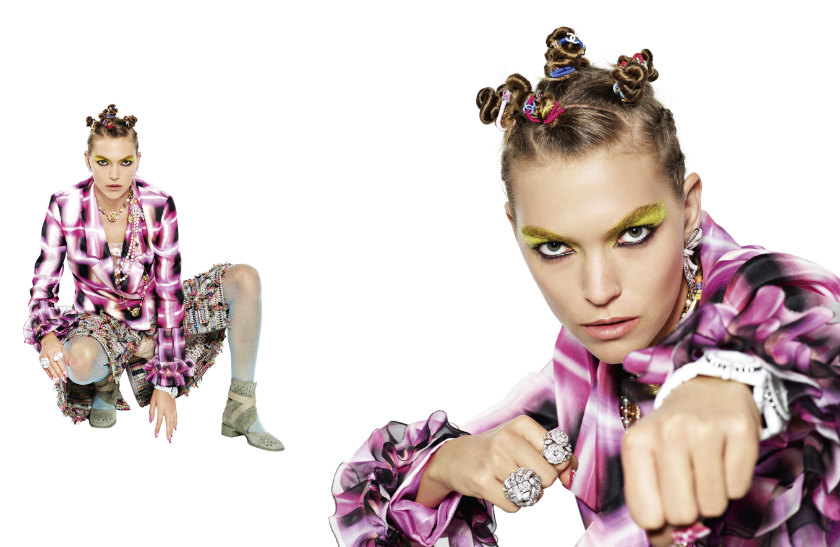 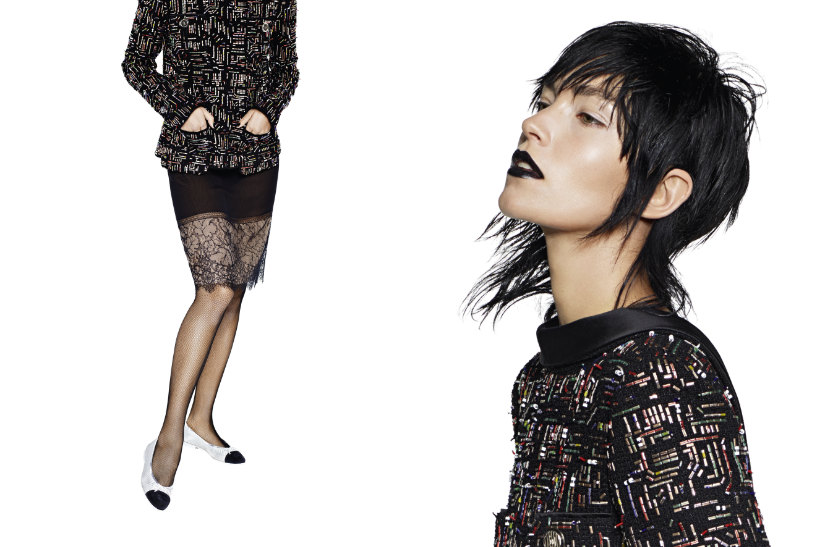 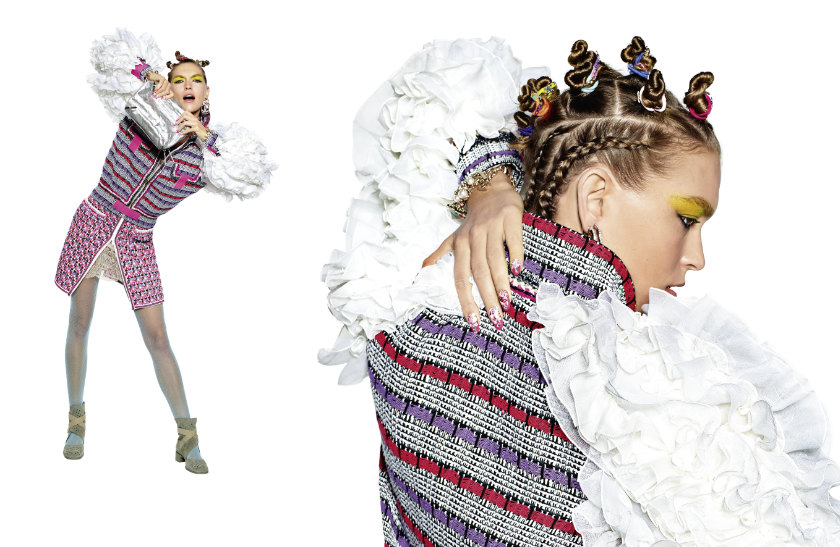 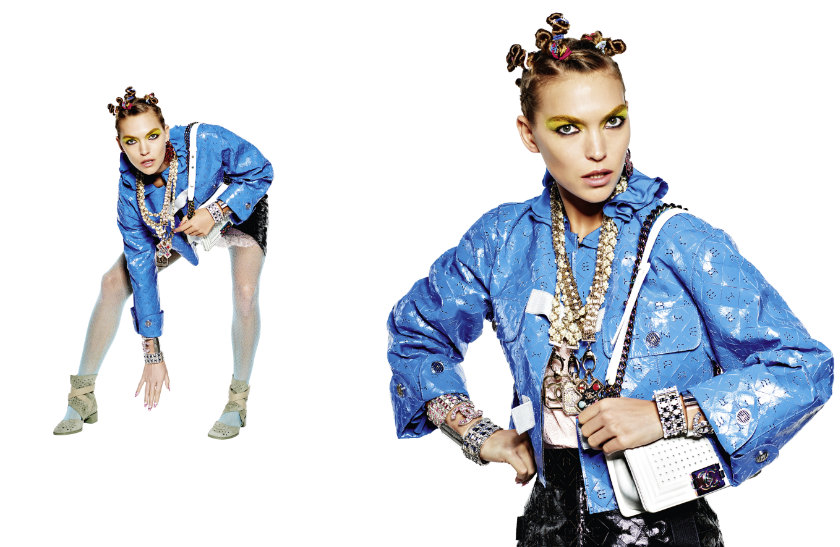 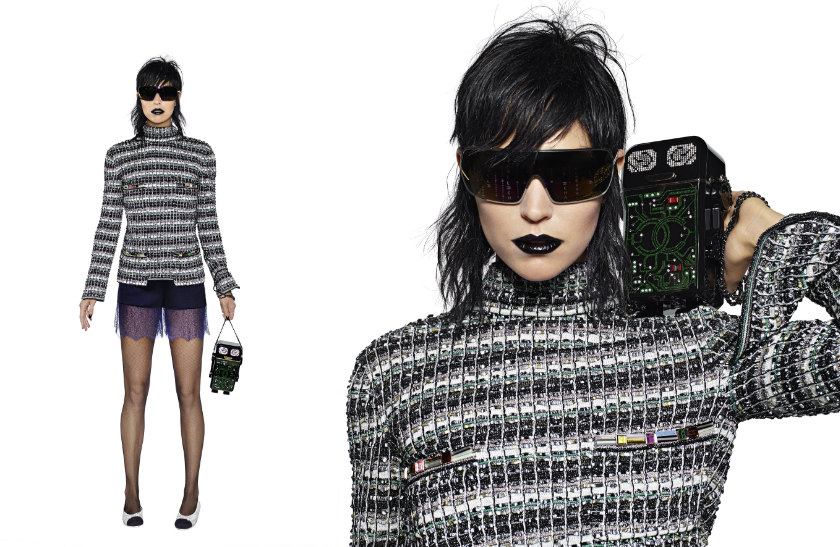 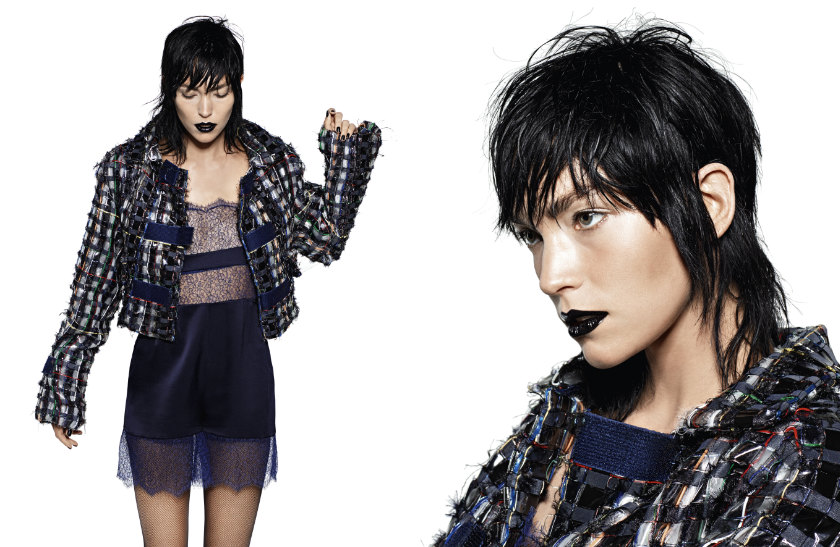 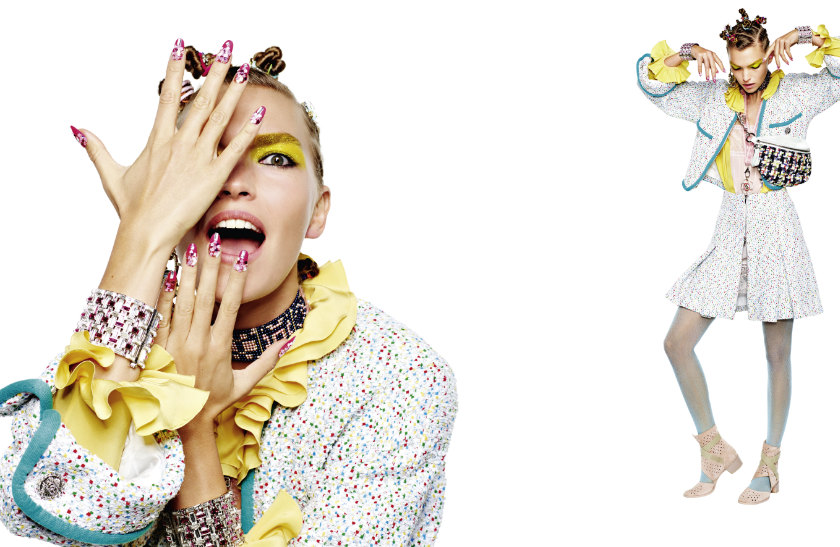 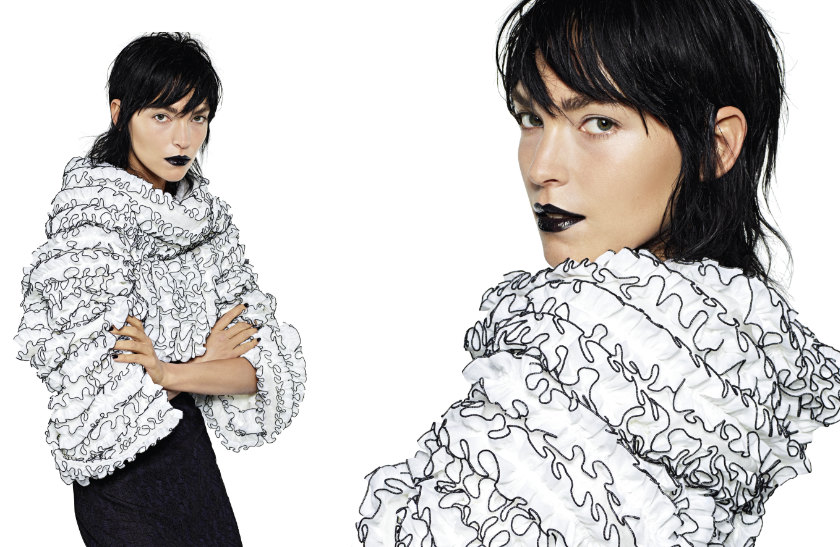