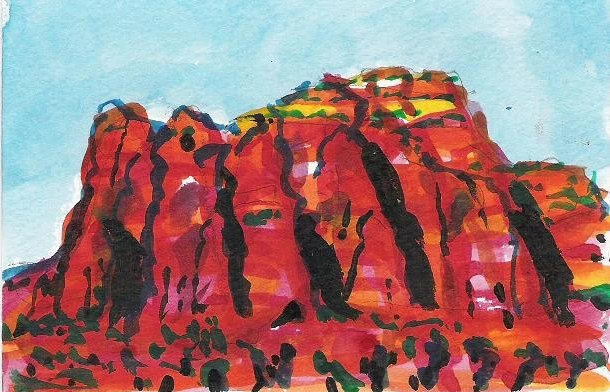 Lucire’s travel editor Stanley Moss has some great items now for sale through his merchandising site. At diganzi.wixsite.com/espacediganzi, you can choose from his books—including The Crimson Garter and Fate and the Pearls, which were both serialized in Lucire, as well as The Hacker (which will appear in serial form in this publication), Hitman in Delhi, Nuclear Brands and What Is a Brand?. They’re all there, at a single place. Or order mugs, T-shirts, tote bags and pillows with Stanley’s own designs under ‘Printable Objects’ (we’d choose Greetings from Sedona, shown above).
While we’re on the subject of merchandising: wait, there’s more. Stanley, along with Paula Sweet, who has photographed most of his travel features here in Lucire, have a book publishing website, Second Guess Press, with more titles to be had. There are three new titles for this month alone: Cat Soubbotnik’s Air; Marco Fazzini’s Canto dell’isola; and Paula’s Tales of Knobs, featuring her photography front-and-centre.

StyleBox, a service that matches shoppers with stylists, has gone into beta on Google Play and the Apple App Store, and is available for download.
There’s an algorithm that does the matching, with the aim of building a long-term relationship between stylist and shopper. StyleBox says thousands of registered users have already signed up, and over 100 stylists who have uploaded thousands of styles.
The company says it hasn’t placed AI first, and instead focuses on the relationship. The platform has been built on Amazon and other e-commerce sites, according to the company.
‘With StyleBox, we aim to solve three problems every fashion shopper faces: selecting new items, matching existing clothes, and finding a unique personal style. As a result, we make online shopping easy for fashion-conscious shoppers by matching them with expert stylists who understand their needs and preferences,’ said StyleBox founder Janet Proger. 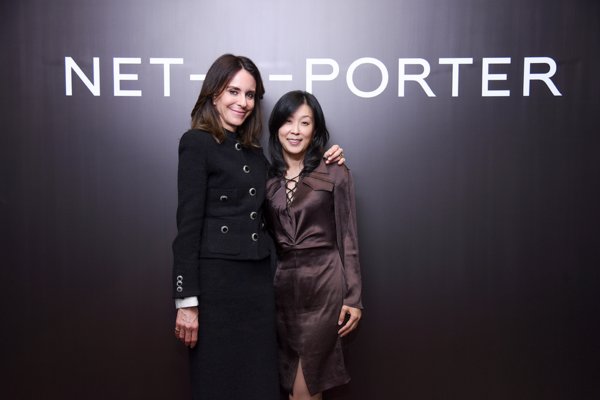 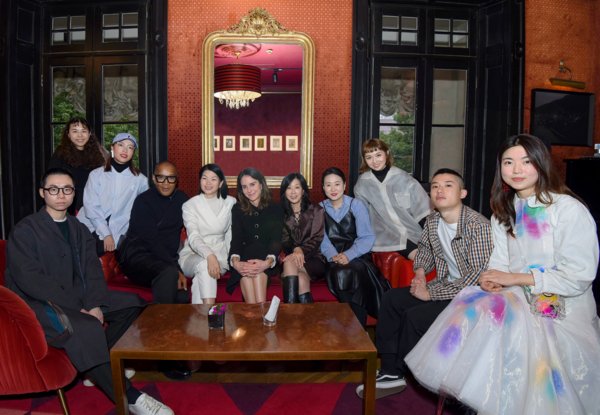 Everyone’s heard of Net-à-Porter, one of the most recognized e-tailers in the occident. And it could well become a leader in the orient, too, as it announced its cooperation with 11 Chinese designers.
Hosted at Shanghai’s Kee Club on January 15, 10 days out from the Lunar New Year, the private event was organized by Net-à-Porter and Mr Porter president Alison Loehnis and Wu Yating, Alibaba’s joint-venture chief. Richemont, which owns Net-à-Porter, and Alibaba have a joint venture called Feng Mao, which brought together 130 luxury brands on the Tmall Luxury Pavilion.
The 11 labels were Comme Moi, Ms Min, Calvin Luo, Feng Chen Wang, Märchen, Ming Ma, Pronounce, Short Sentence, Shushu/Tong, Staffonly, and Susan Fang. Six have produced exclusive, limited-edition collections for Feng Mao.
The 11 are the first Chinese designers presented by Net-à-Porter.