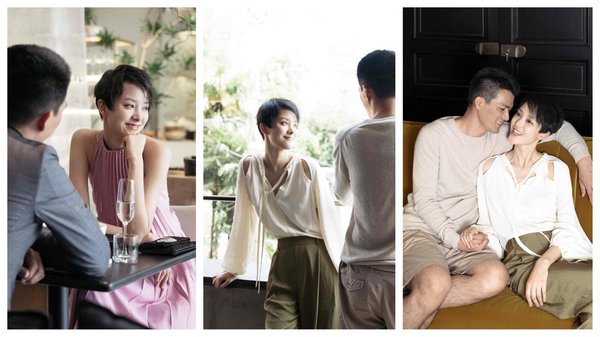 In time for the Qixi Festival, often branded in the occident as the Chinese Valentine’s Day, Net-à-Porter has unveiled its social media campaign featuring five short romantic videos, of people meeting their loved ones at different ages. In addition, celebrity couple model Emma Pei (裴蓓) and Rojamtic Wang (王朱筱寅), who had appeared together promoting Princess Cruises in 2016, have appeared in the new Net-à-Porter campaign.
The retailer will also launch an art exhibition centred around the festival, in association with Leica, featuring the works of photographers Tan Sibo (覃斯波), Vincent Keyue Zhang (章轲越), and Laurent Bu. Bloggers and illustrators will also publish their works.
Participating brands in the promotion include: Buccellati, which is offering an exclusive, limited-edition series of necklaces and bracelets; Ahkah, with a little red heart necklace and bracelet; and Baume & Mercier, with an exclusive Net-à-Porter Classima ladies’ mechanical watch.
The promotion began on the 19th in the lead-up to the Qixi Festival on the seventh day of the seventh lunar month, or August 25 on the Gregorian calendar this year. There are limited-edition greeting cards with love poems and special packaging. More information can be found via Tmall or Taobao, using the keyword NAP, or visit the Net-à-Porter Tmall store.