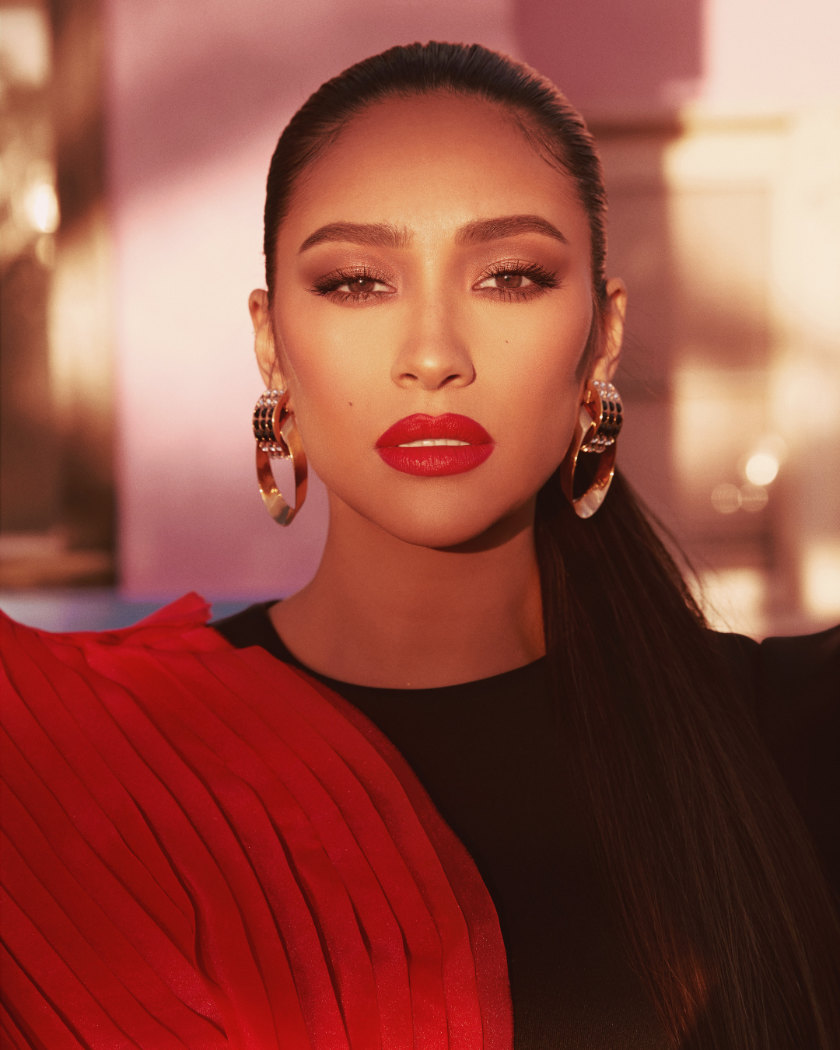 Cacharel has launched Yes I Am Fabulous, the third fragrance in a range it has dubbed Yes I Am. Actress Shay Mitchell (Pretty Little Liars) fronts the campaign.
Mitchell currently stars in Dollface on Hulu, and had been in the Netflix series You, produced by Greg Berlanti. Thanks to her appeal to teen audiences in Pretty Little Liars, Mitchell built up a substantial social media following, which she has built on with a YouTube channel and clothing and jewellery lines. She is behind a lifestyle and travel line called Béis. Through these media, she has four million YouTube subscribers and c. 26 million Instagram followers.
Cacharel’s Yes I Am range comprises three fragrances, three scents and three colours, aimed at ‘today’s generation of empowered young women: diverse, outspoken and determined to get what they want and deserve, all the while happily obsessing over celebs or sharing the latest trends in make-up.’
The new fragrance is described as unveiling a personality that is ‘bolder, more sensual, more glamorous and unexpected.’ There is a common base with the already launched Yes I Am fragrances: a signature called Spicy Cremoso, which contrasts a creamy accord with a spicy cardamom.
The scent has top notes of blackberry and rhubarb, amplified with pink pepper, a heart of jasmin sambac, ginger flower, and purple heliotrope, and base notes of santal, vanilla and hazelnut milk.
Its packaging mirrors lipstick, with smoky glass and a gold-toned collar.
The promotional film directed by So Me features Mitchell, Mademoiselle Gloria, Rachel Tee-Tyler, Marta Lozano, and Cajsa Wessberg. The soundtrack features Norman’s ‘Feelin’ Good’.