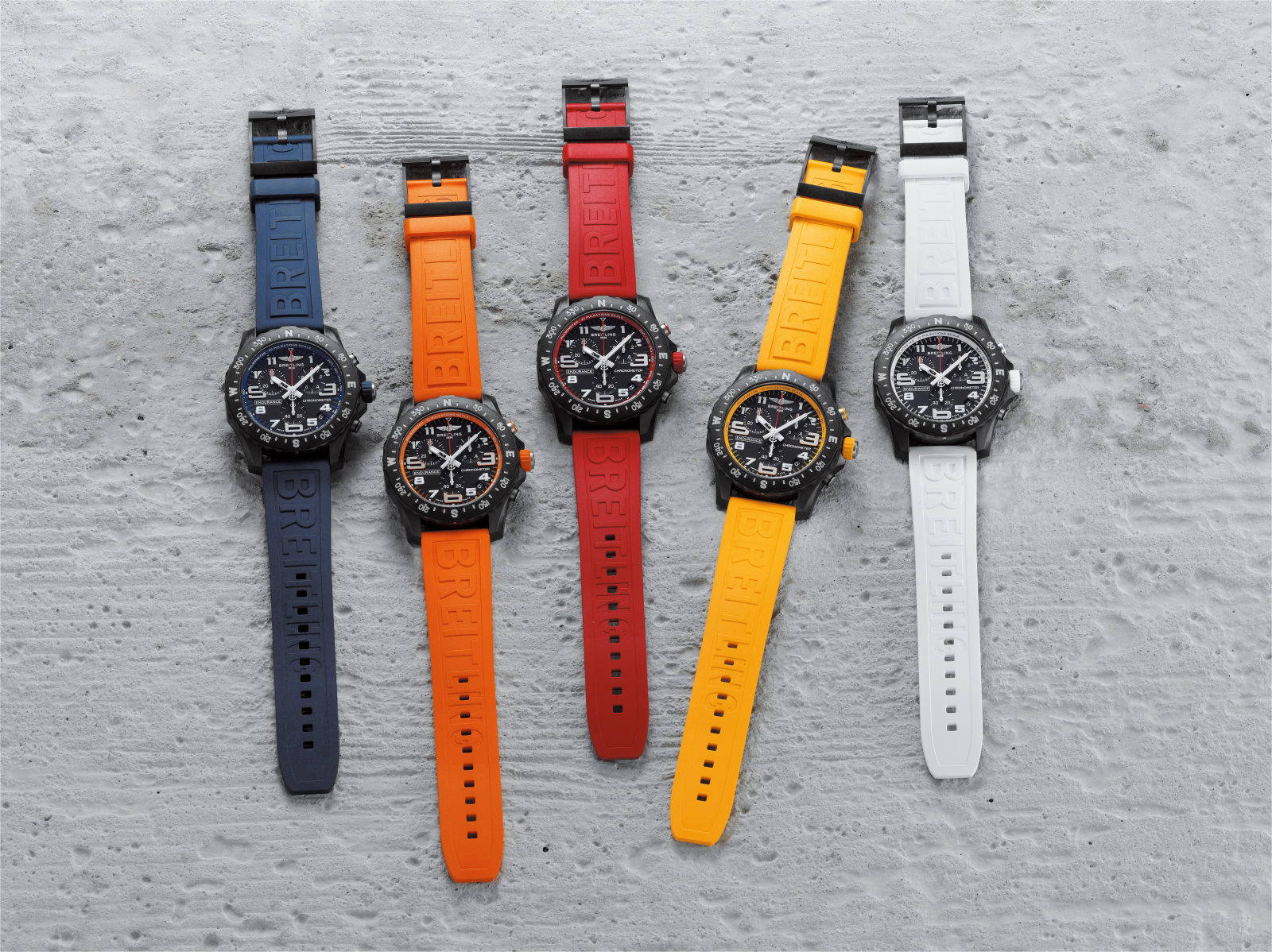 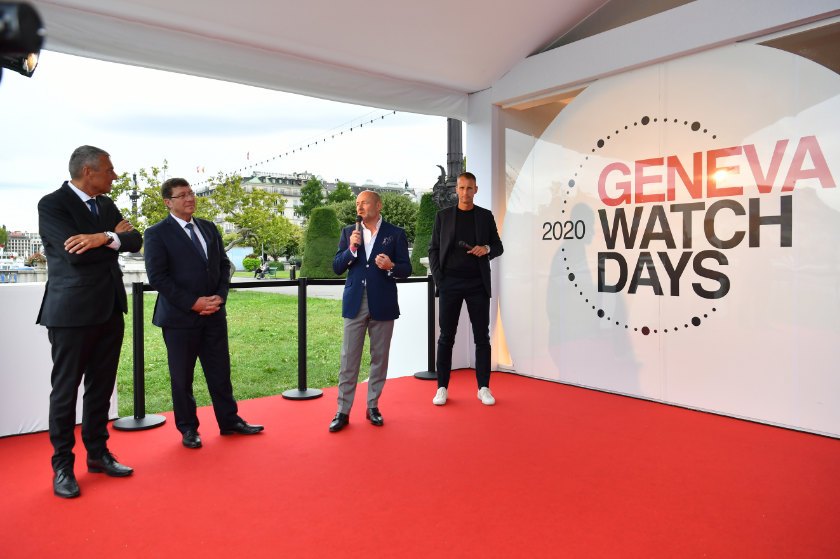 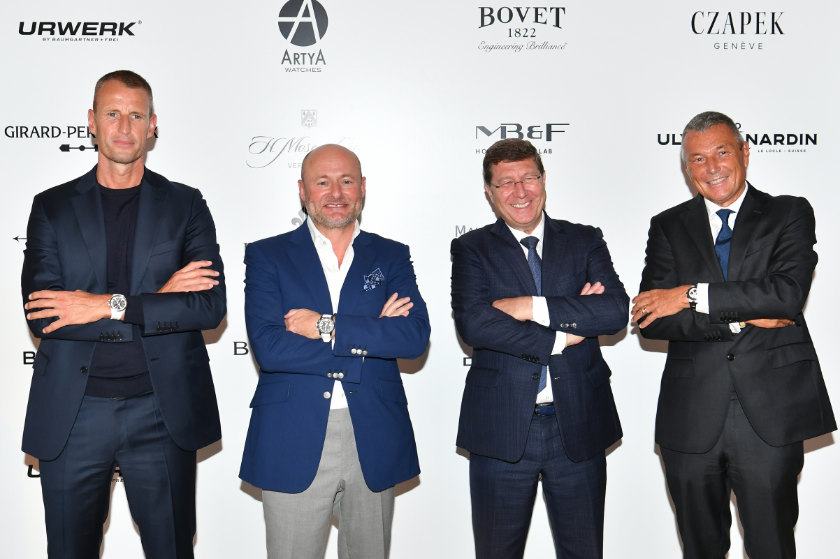 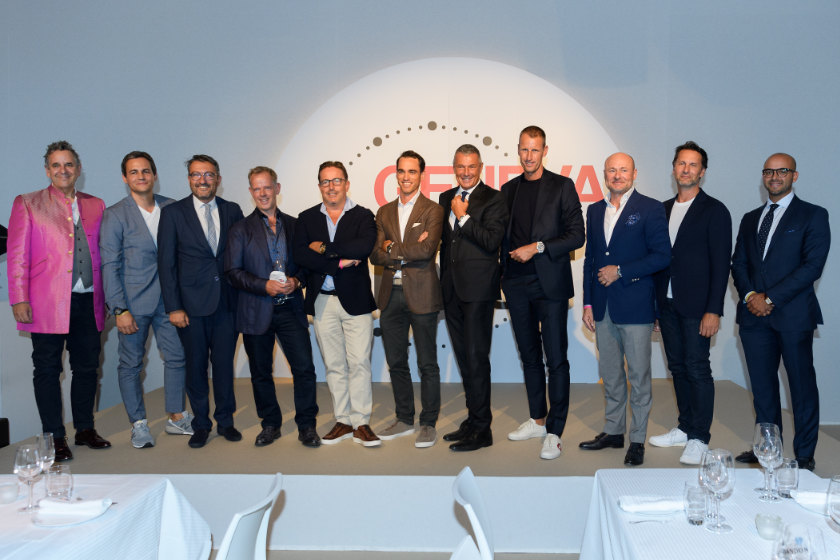 With the start of Geneva Watch Days on Wednesday, CEOs from Breitling (Georges Kern), Bulgari (Jean-Christophe Babin), Ulysse–Nardin (Patrick Pruniaux), H. Moser & Cie. (Edouard Meylan), MB&F (Maximilian Büsser) along with the Conseil d’État de Genève’s Mauro Poggia and other VIPs joined together to open the event. Breitling launched its Endurance Pro sports’ watch at the event, and brought in its spokespeople—Ronnie Schildknecht, Daniela Ryf and Jan van Berkel—to the Hotel Four Seasons for it.
The Breitling Endurance Pro is described as ‘the ultimate athleisure watch’ with a COSC-certified Breitling Caliber 82, with a SuperQuartz movement (said to be 10 times more precise than regular quartz), and far brighter colours than we’ve come to expect from the Grenchen-based firm.
The case measures 44 mm, and despite the size, the watch is particularly light, with the company’s Breitlight material, which is 3·3 times lighter than titanium and 5·8 times lighter than stainless steel. Breitlight is non-magnetic, thermally stable, hypoallergenic, highly scratch- and corrosion-resistant, and feels warmer to the touch than metal. Hour and minute hands are coated with fluorescent SuperLumiNova. Price-wise, it is expected to be lower, bringing in new customers.
The Endurance Pro features a pulsometer scale and a rubber strap that matches the inner bezel ring. Customers have the option of adding Outerknown Econyl yarn NATO straps. The watch is water-resistant to 100 m and comes with a two-year warranty.
Inspiration comes from the 1970s’ Breitling Sprint, which incorporated a pulsometer, and which also came in a series of bright colours. 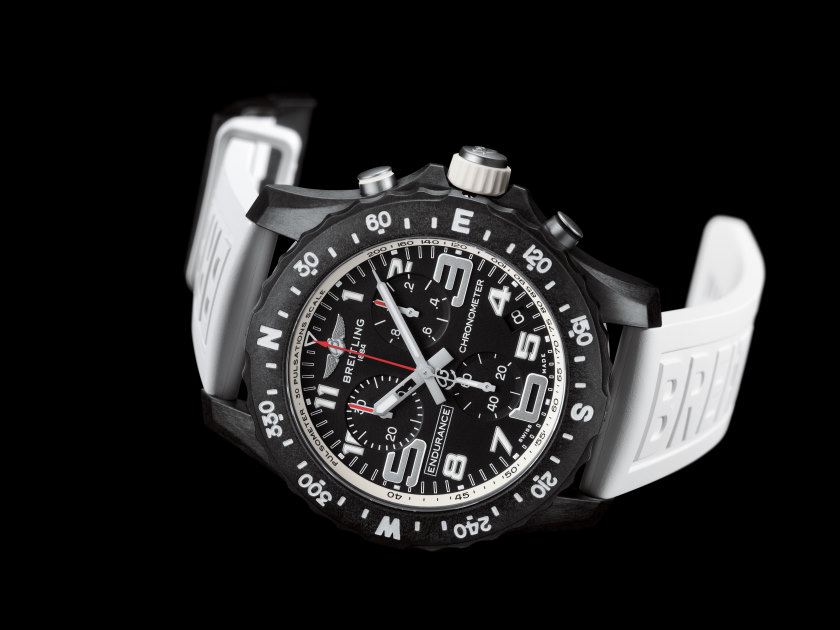 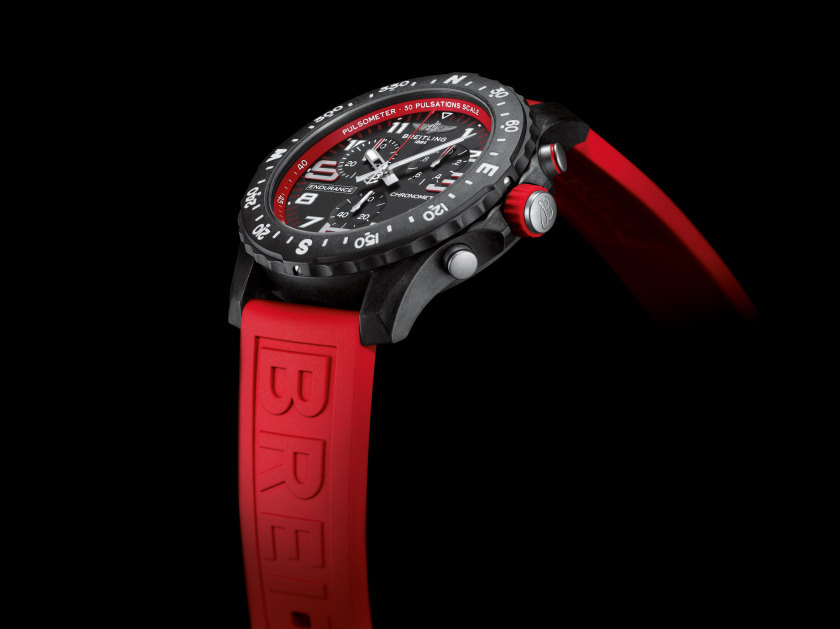 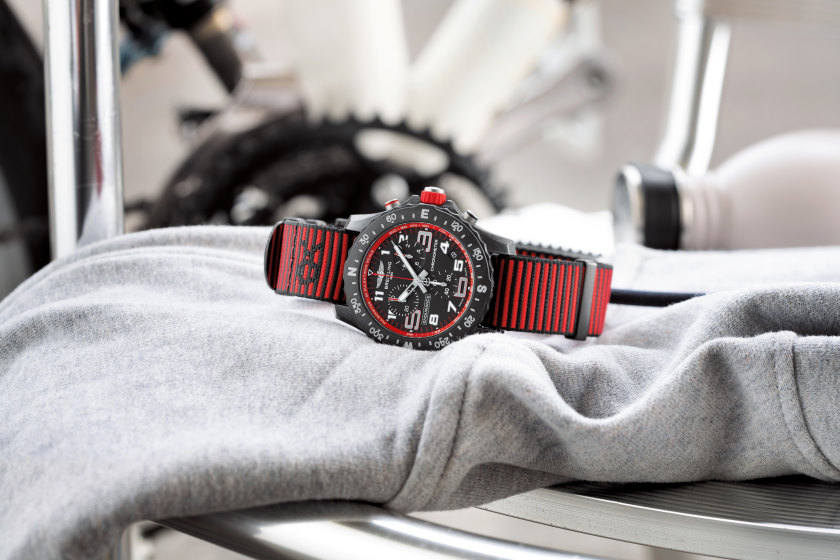 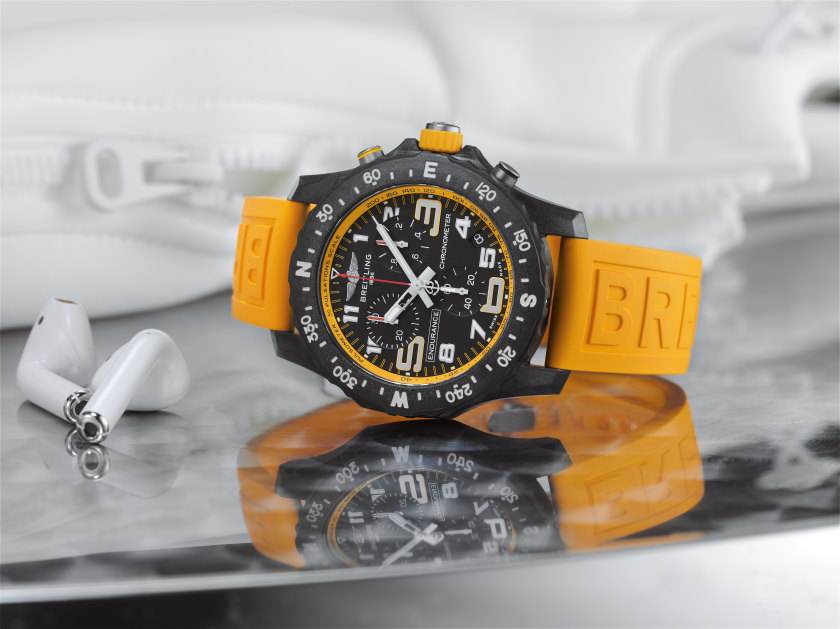 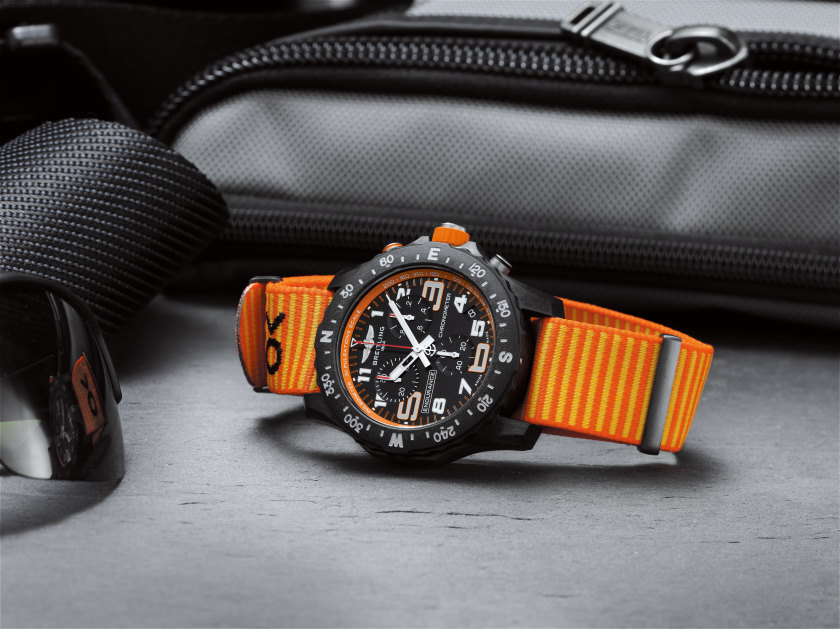 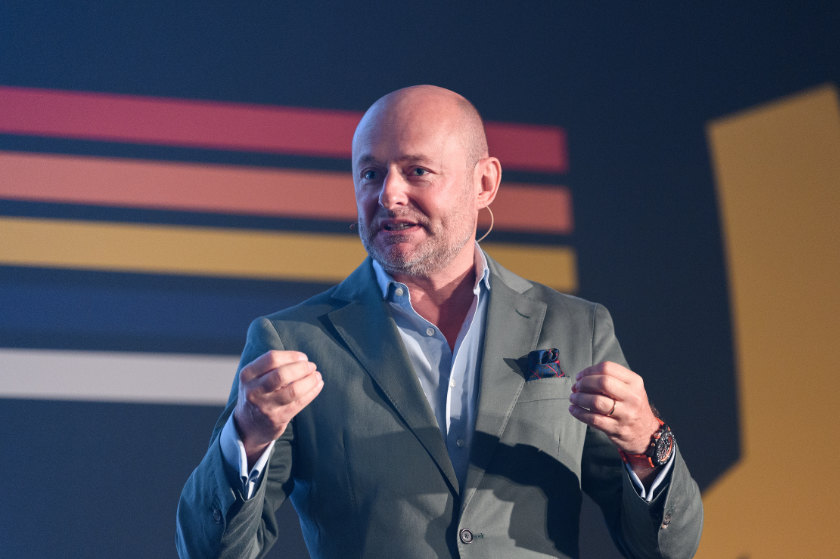 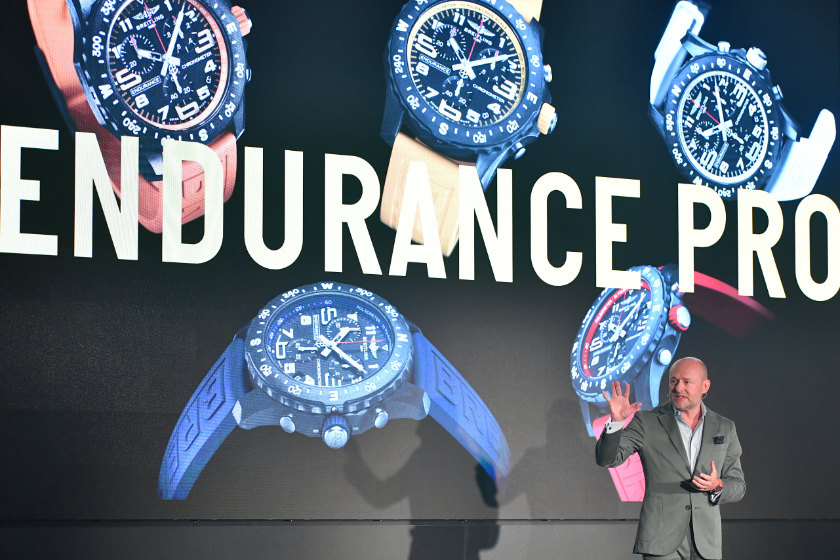 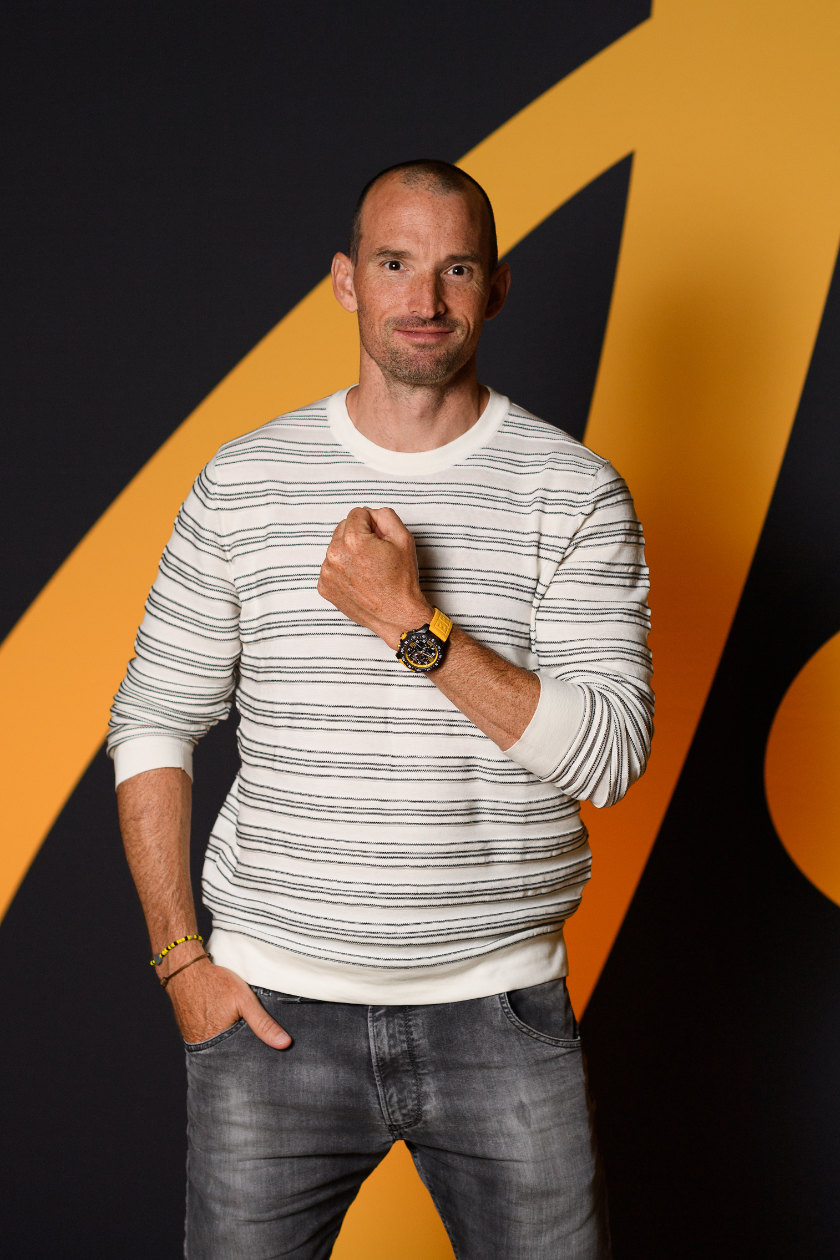 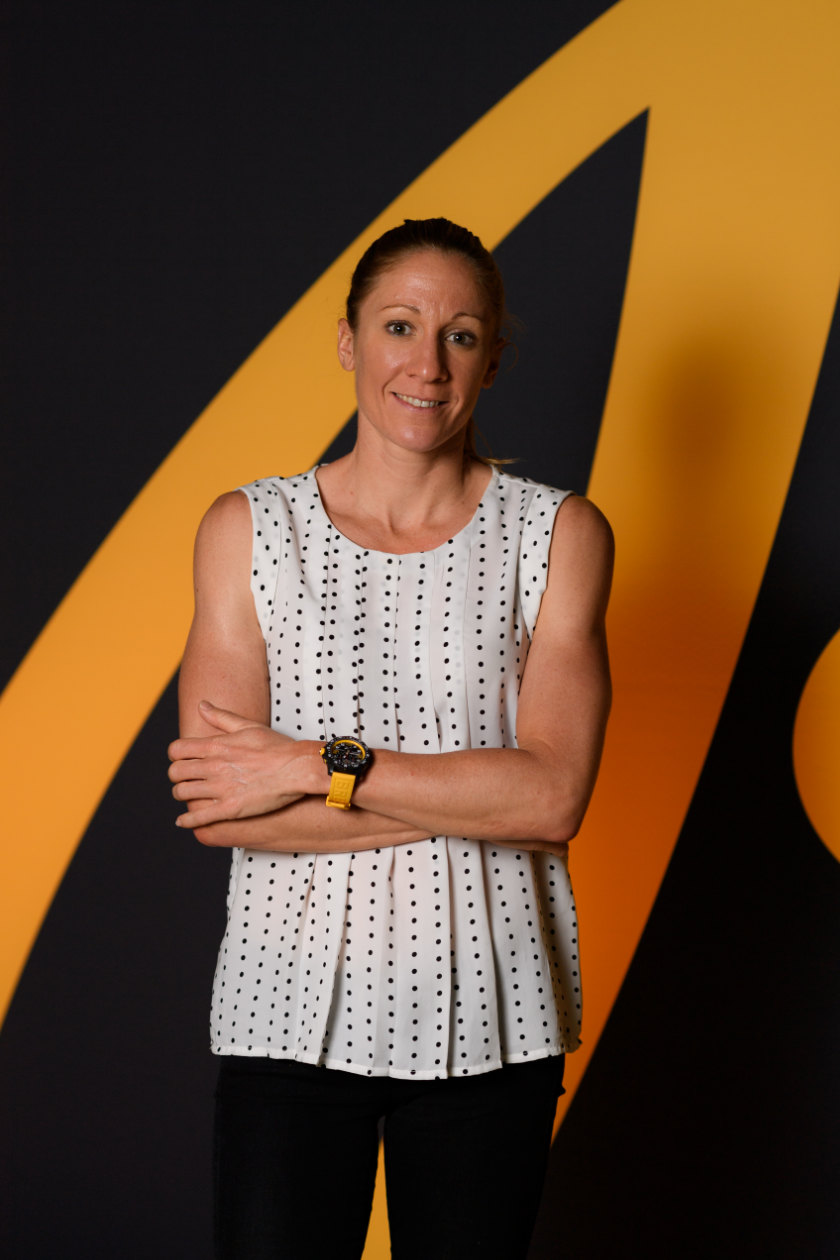 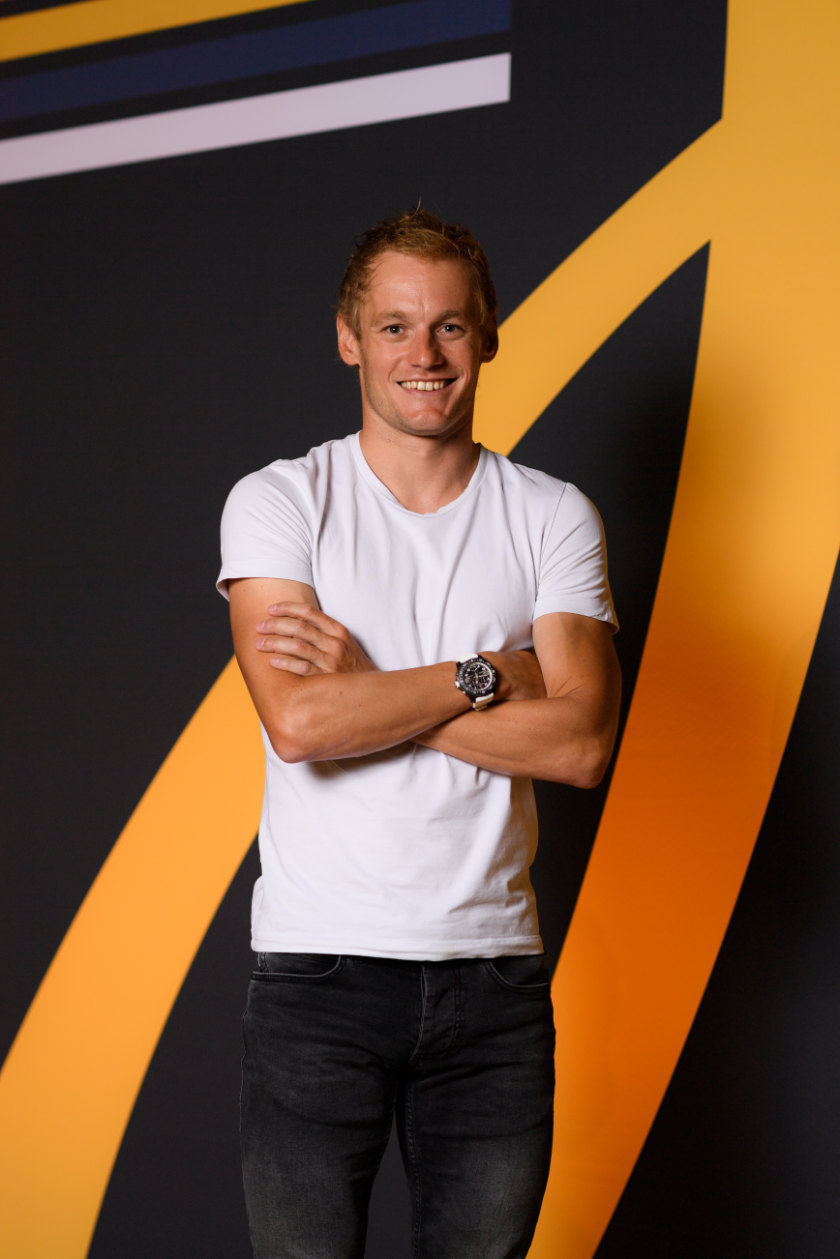 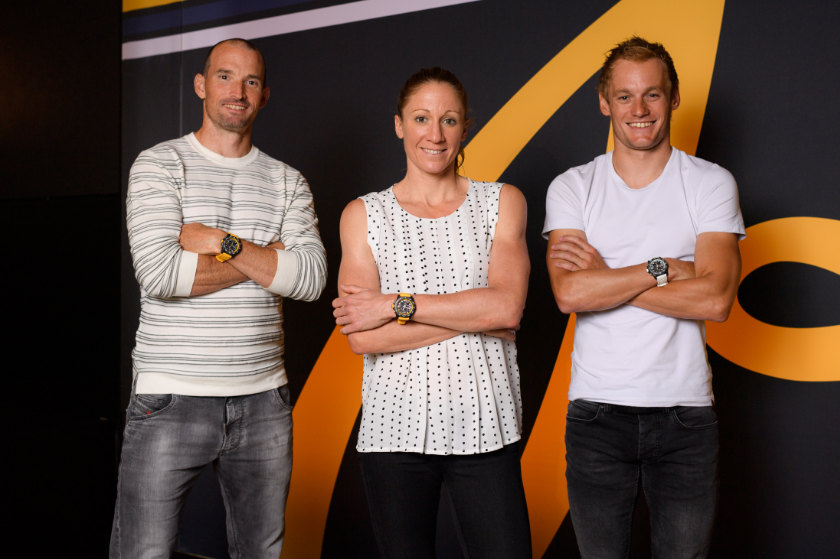 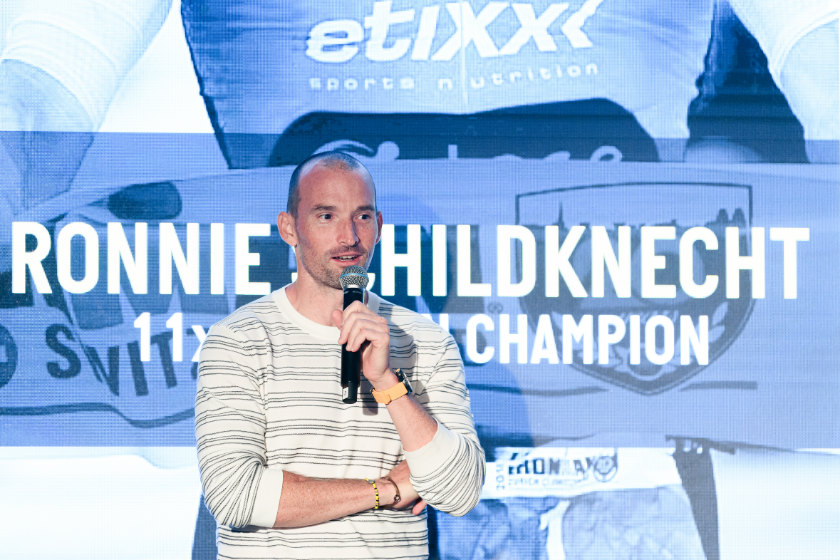 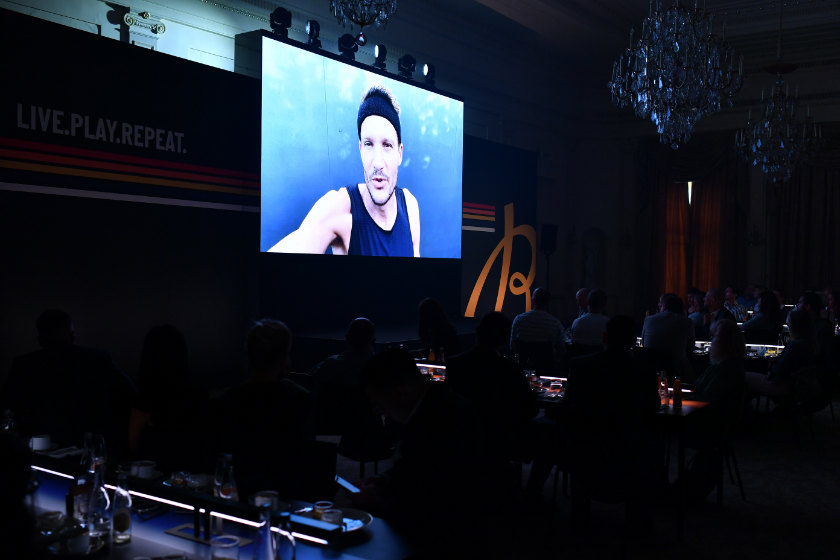 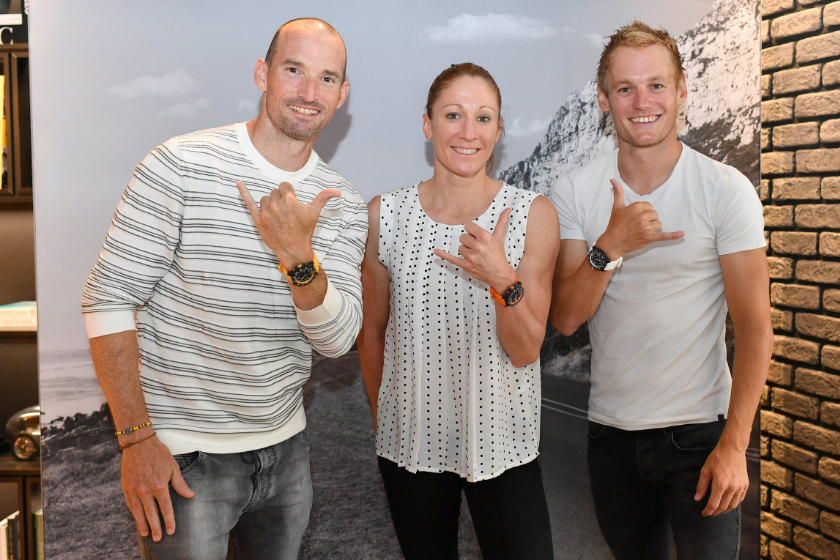 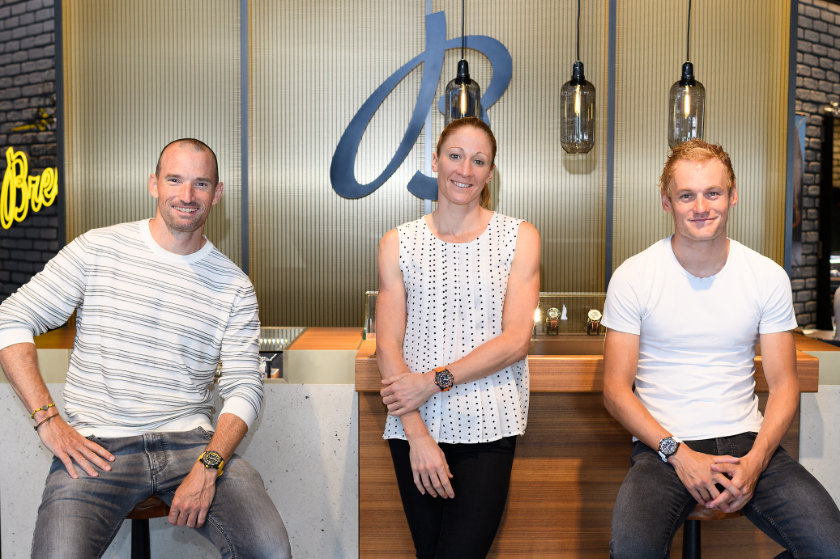