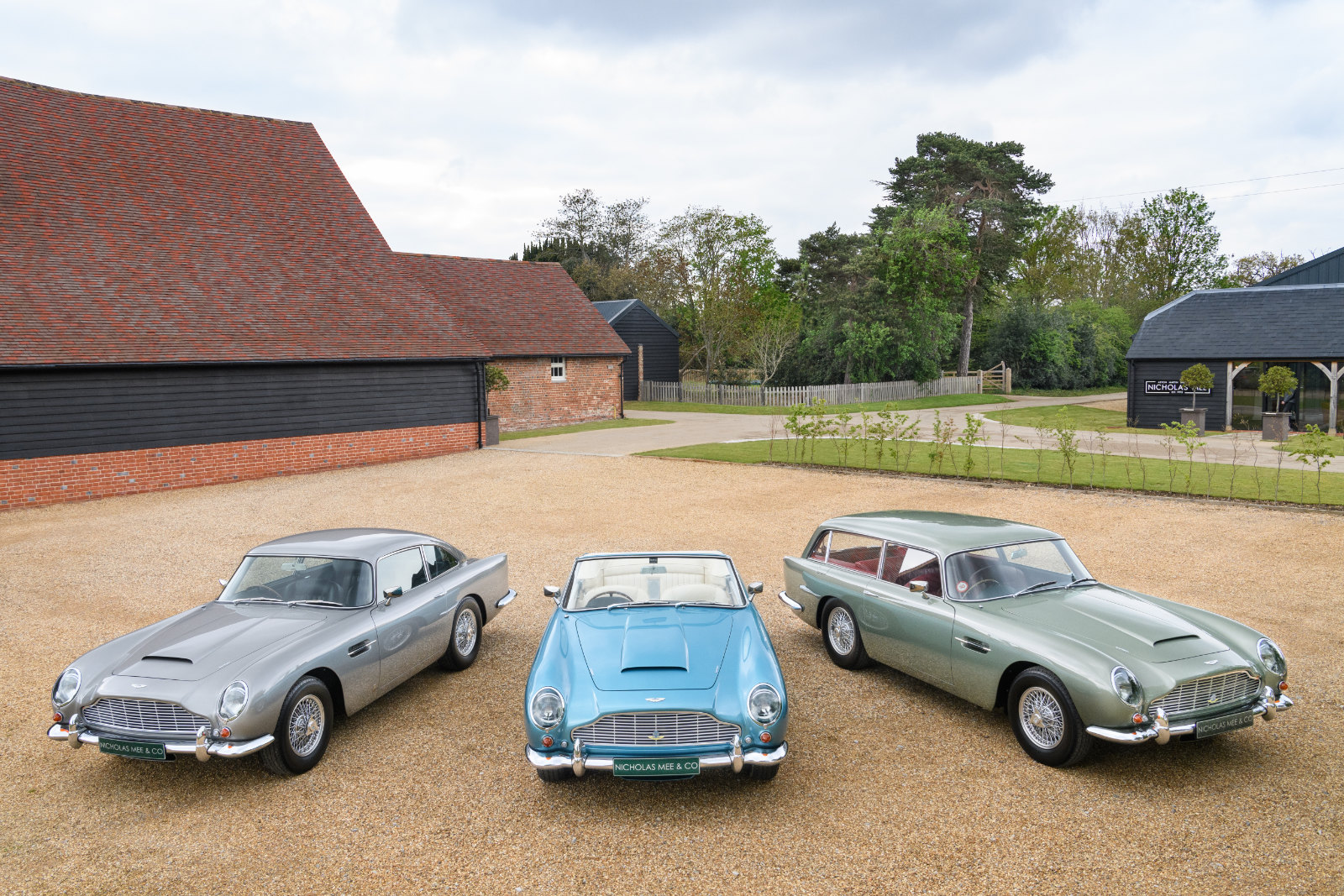 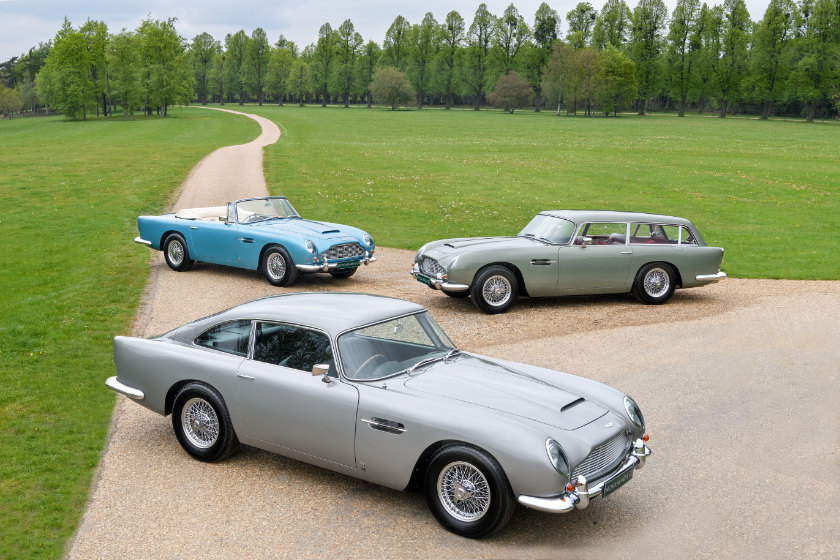 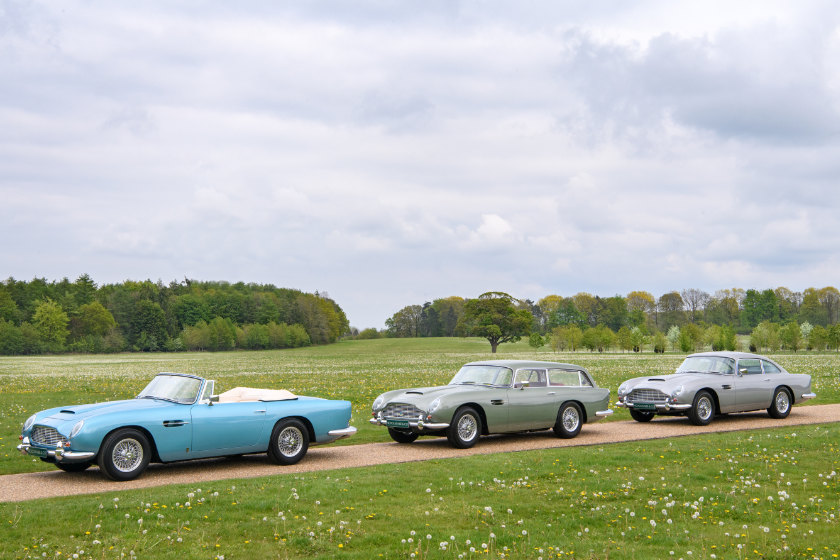 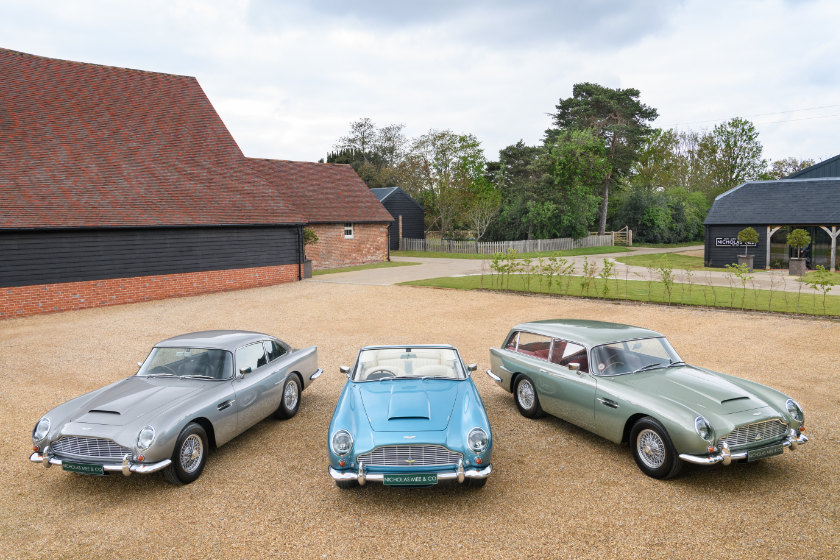 The most iconic Aston Martin is arguably the DB5, the one piloted by Sean Connery as James Bond in Goldfinger. Aston Martin made 1,021 DB5s, including 60-odd in Vantage tune, and 123 convertibles. Getting a DB5 is hard enough, but getting three Vantages—a coupé, a convertible, and a one-off Shooting Brake—would qualify as a very special, unique situation. Aston Martin specialist Nicholas Mee & Co. is offering this very special trio for sale, with a price tag of £4 million.
The DB5, developed from the DB4 Series V with the slanted headlights first seen on the DB4 GT, was incredibly desirable from its launch in July 1963. The engine was enlarged from 3·7 to 4 litres, increasing the power to 282 hp. Vantages saw the power increased further, to 314 hp, giving a 0–60 mph time of 6·5 s.
The Shooting Brake is unique, and when some sources cite that only 65 DB5 Vantages were built, they omit this very special car. It would be fair to say it was not a production model: the first was produced for Aston Martin chairman David Brown, to accommodate his gundog and polo equipment. Eleven were ordered by customers, with hand-made bodies by Radford. Only one Shooting Brake was ordered in Vantage tune, commissioned by dealer Cyril Williams of Wolverhampton. It is the only one to have left the factory and was delivered to its first owner in 1966. This one-off is finished in California sage over red hides.
The DB5 Vantage convertible—the Volante tag had not been coined at this point—is in Caribbean pearl blue with white gold hide interior, and is one of five in this specification. Finally, the coupé is finished in silver birch with a black hide interior—the same colour combination as the cinematic James Bond’s.
The trio have been collected over a 12-year period and were subject to full restorations by Aston Martin specialists. Each car comes with a detailed history with original build details, BMIHT certificates, maintenance records, ownership documentation, and restoration particulars.
They are being shown at a concours event at the Honourable Artillery Company’s HQ in London, over three days from June 8. Find out more from Nicholas Mee & Co. at www.nicholasmee.co.uk. 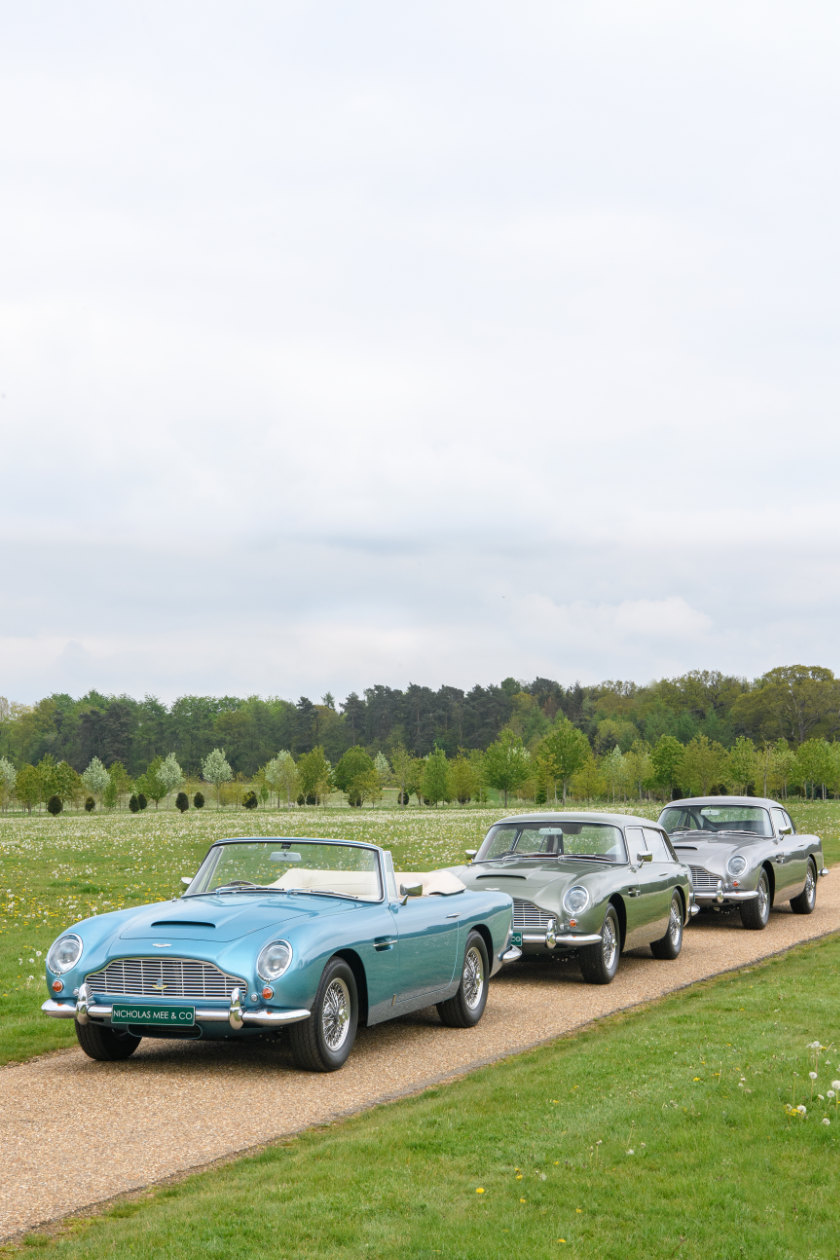 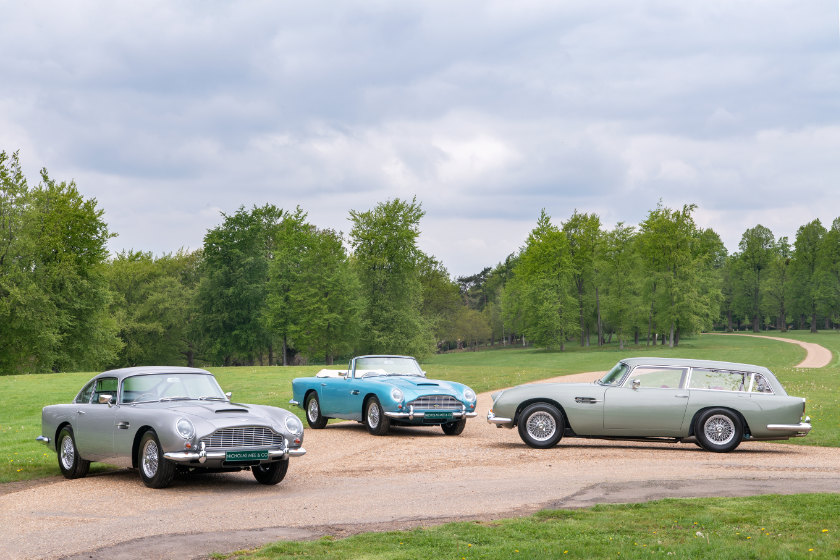 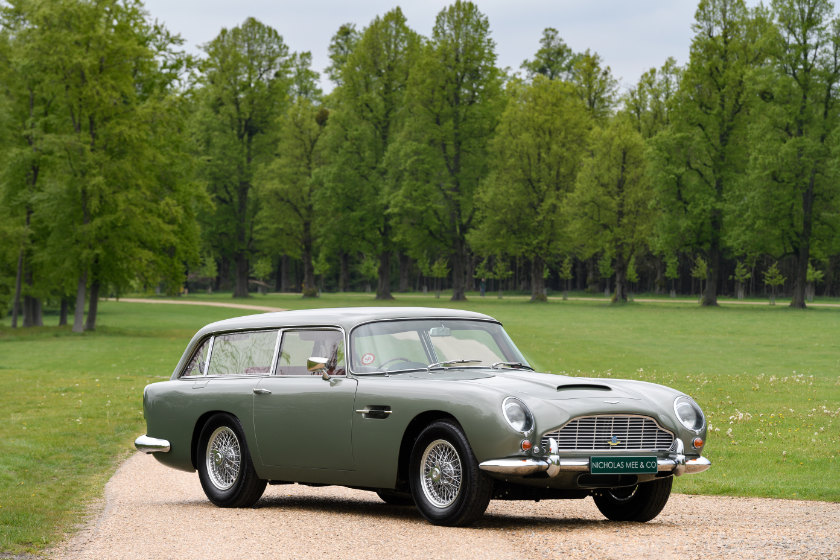 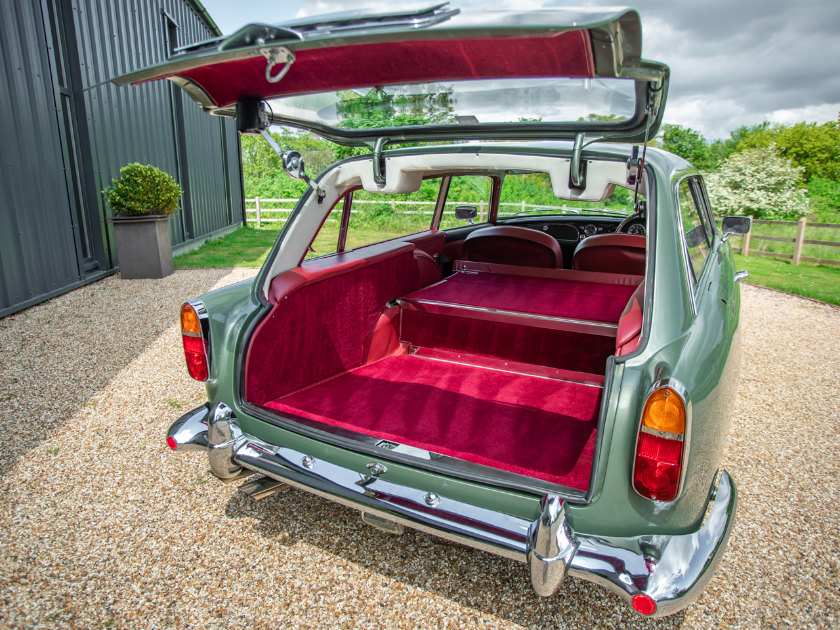 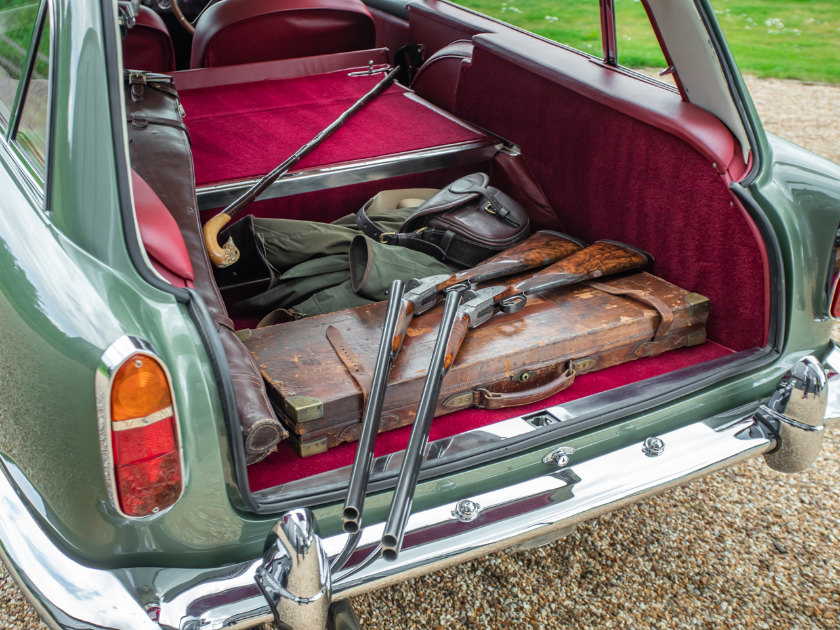 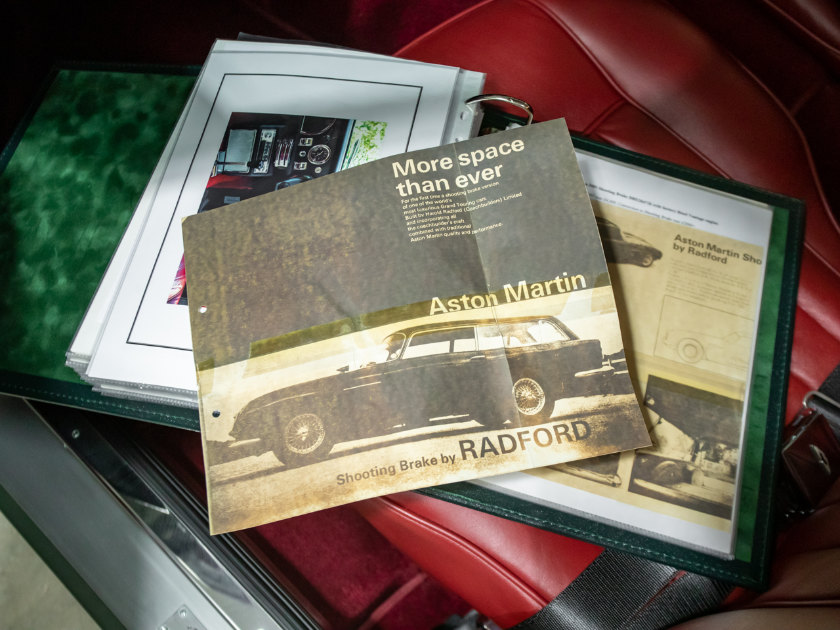 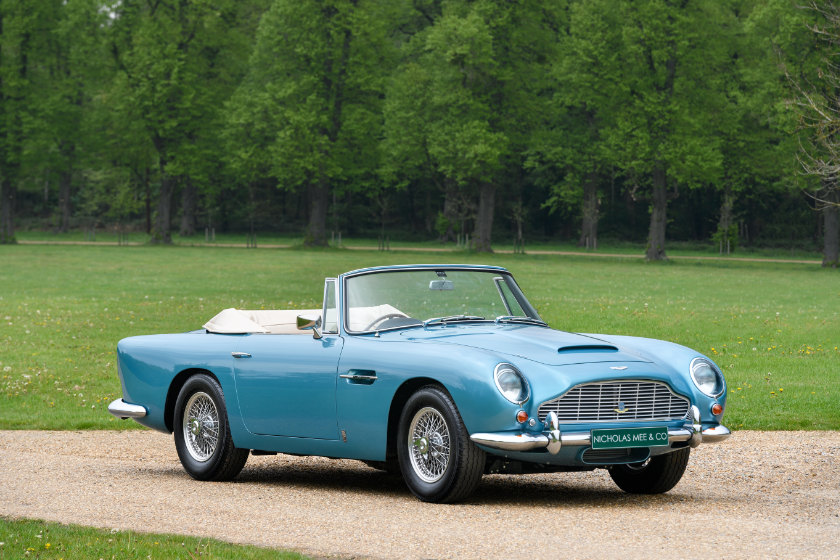 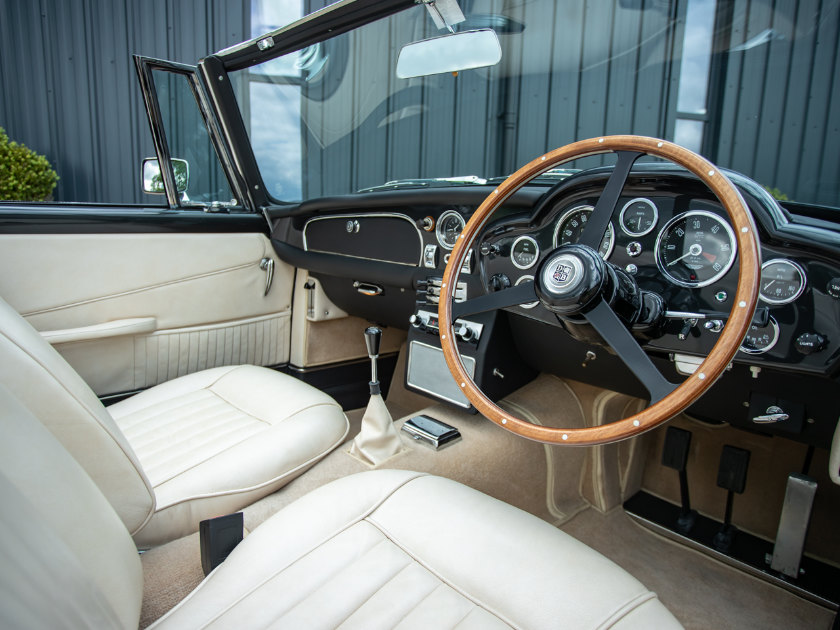 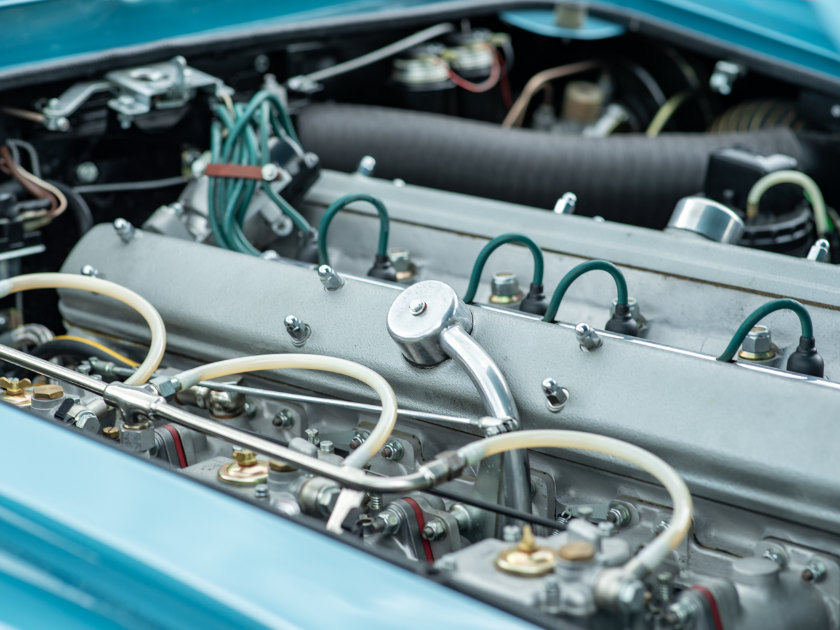 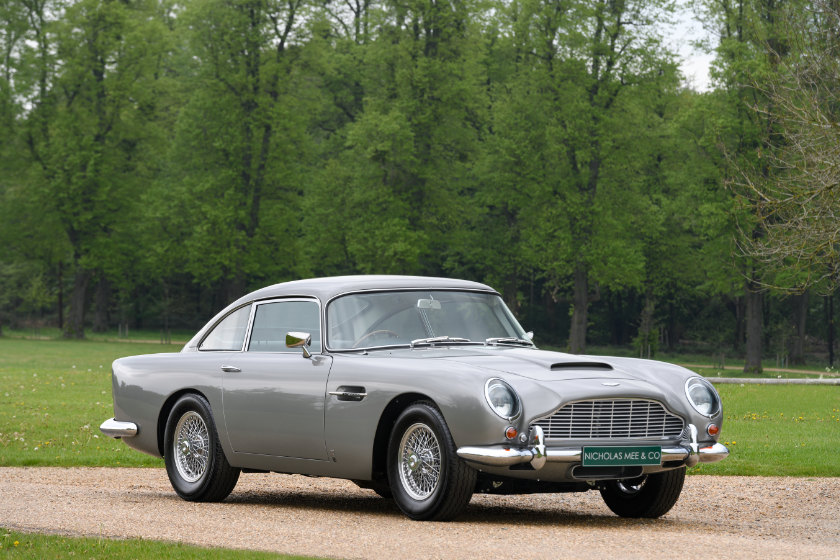 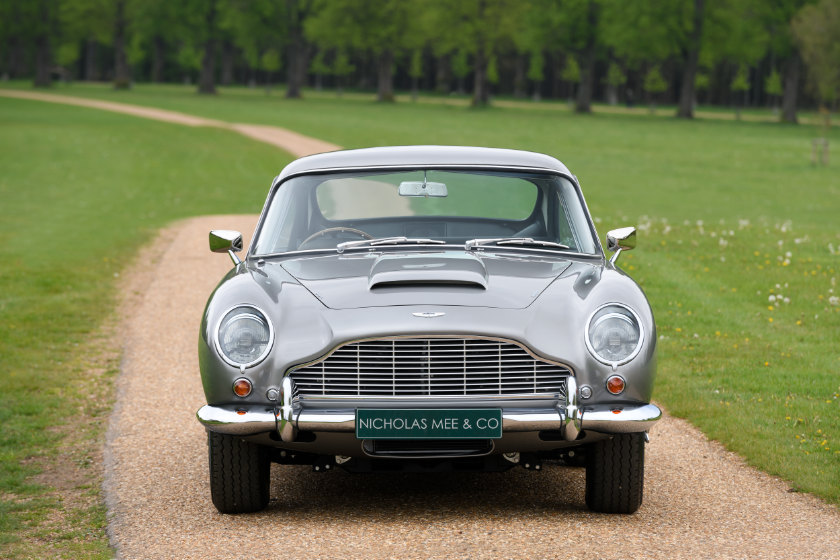