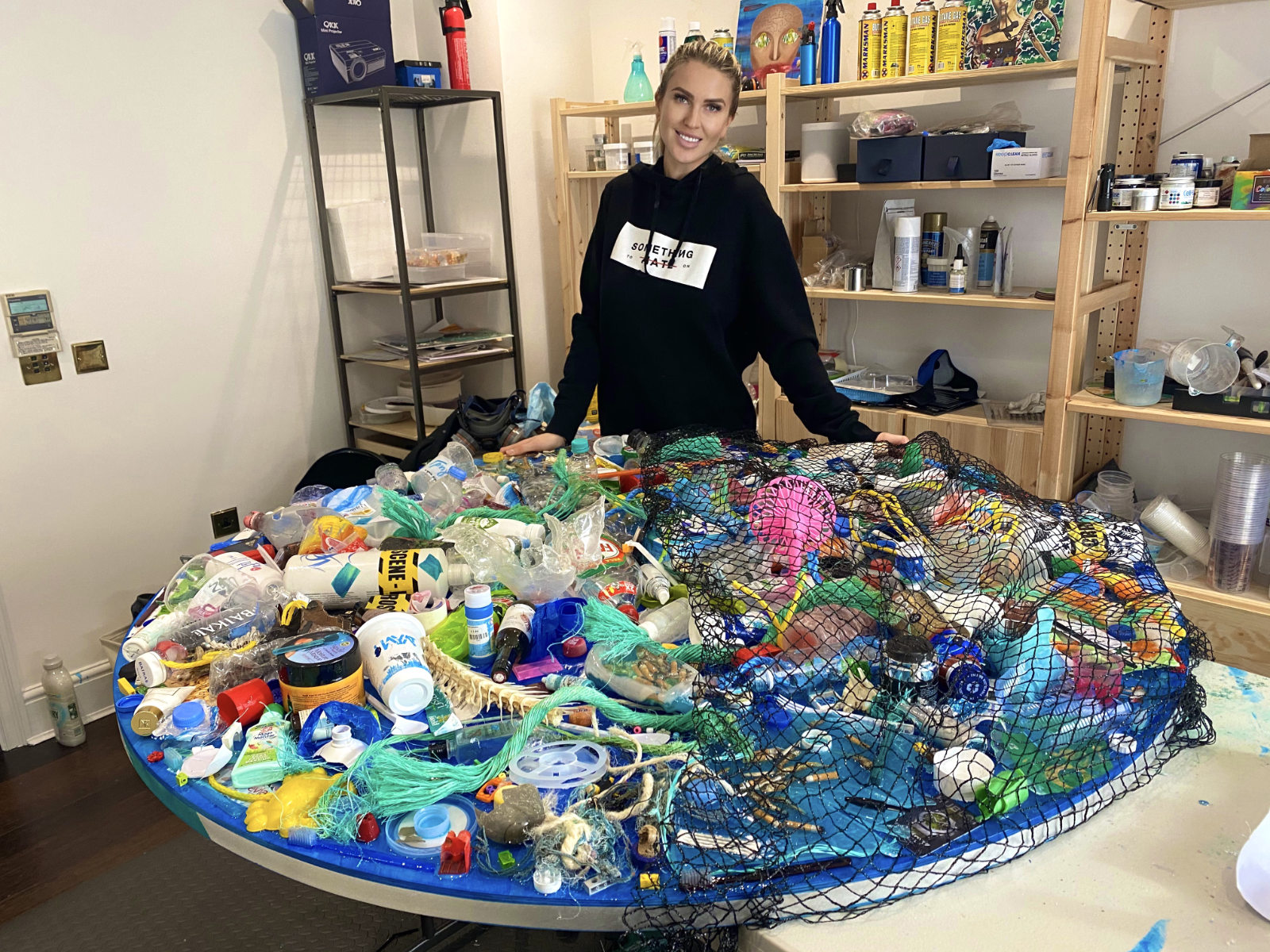 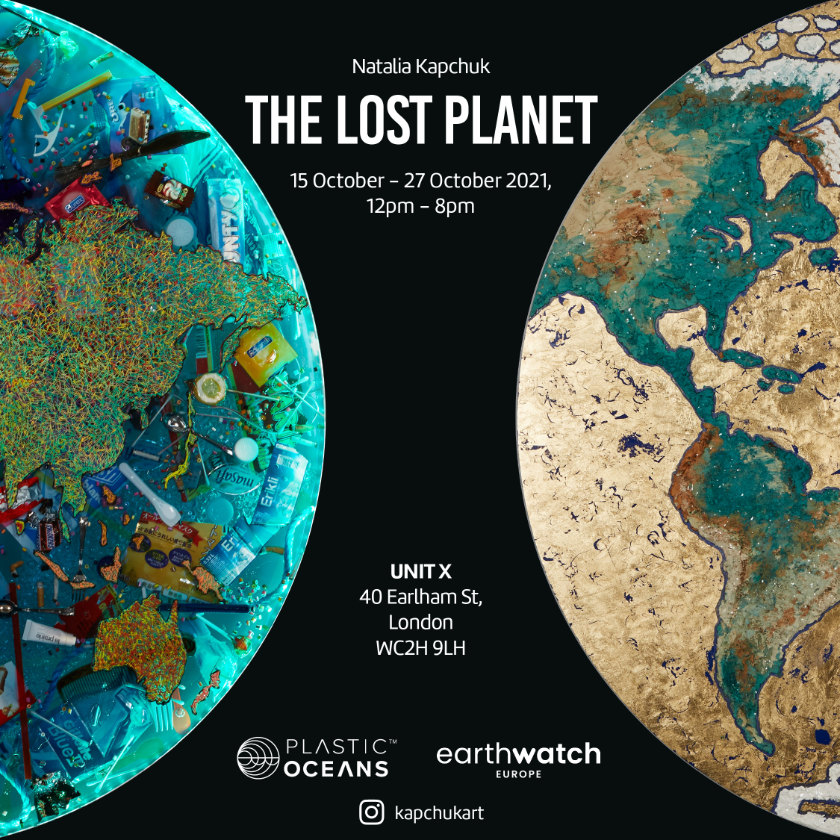 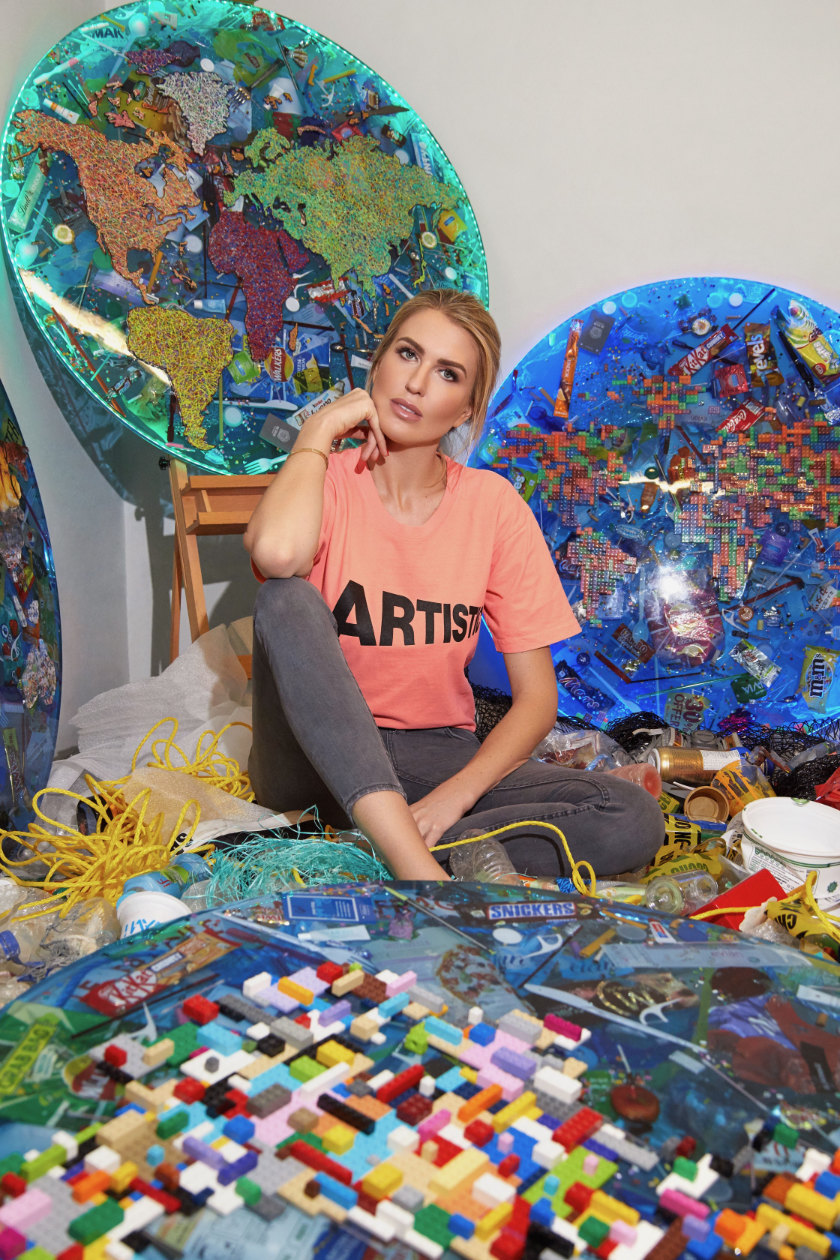 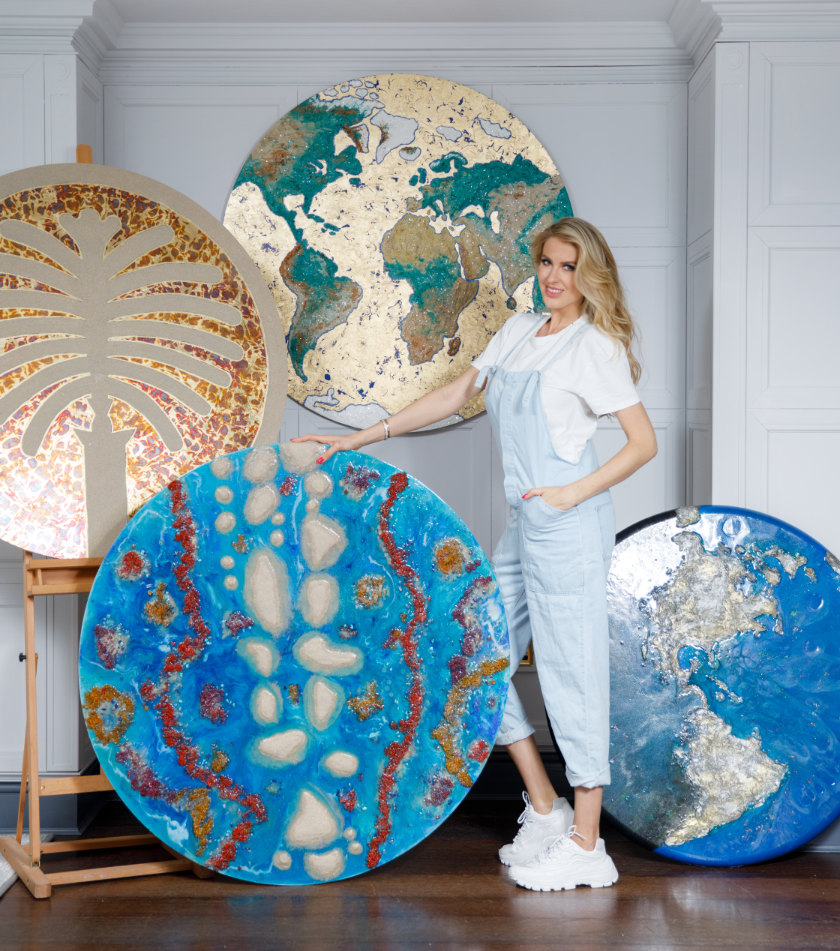 Natalia Kapchuk, who Elina Lukas profiled in Lucire in both our print and online editions, is having her first solo exhibition based around the art project we featured last year. Called The Lost Planet, Kapchuk’s exhibition will run from October 15 to 27, 2021 at Unit X, the Stables, 40 Earlham Street, London WC2H 9LH.
The exhibition comprises 30 artworks by Kapchuk, complemented by art and sound projections. Her large-scale works (measuring over 1 m in diameter) feature mixed media, including tree bark, stones, metal chips and plastic, to highlight the waste polluting our planetary home. She also uses upcycled plastics that she collects on her travels. Fibreglass and LED lighting are also employed in her work.
Kapchuk does extensive research on the topics of global warming, ocean plastic and pollution in creating her works.
She says, ‘I use my art to draw awareness to the planet’s plight. In The Lost Planet series, I tell a story of our planet throughout different angles. From both beautiful perspectives to unwanted ones such as wildfires, coral bleaching and oil spills. I hope it generates naturally produced emotions. My sole aim is to inspire people to think of their actions towards nature, its resources and living creatures, to find ways we as humans, corporations, and political governments can contribute to preserve the planet for future generations.’
The Lost Planet is staged in collaboration with Plastic Oceans Europe and Earthwatch Europe. A panel discussion with the two parties and the Royal Geographical Society (with IBG) will be held during the exhibition, entitled Is This Planet Earth’s Dying Century?.
Juan Castaño Vilas, regional director of Plastic Oceans Europe, adds, ‘Plastic pollution is without doubt one of the major threats to our planet, and thus we need to tackle it through innovate angles. I believe that arts have the power of touching people’s hearts, and that’s why we’re delighted to be part of Natalia’s exhibition and to help her to create an impact and to inspire many individuals to become change-makers.’
Some of The Lost Planet series will appear in a solo exhibition at the Czong Institute for Contemporary Art in Gyeonggi-do, South Korea, in 2022.