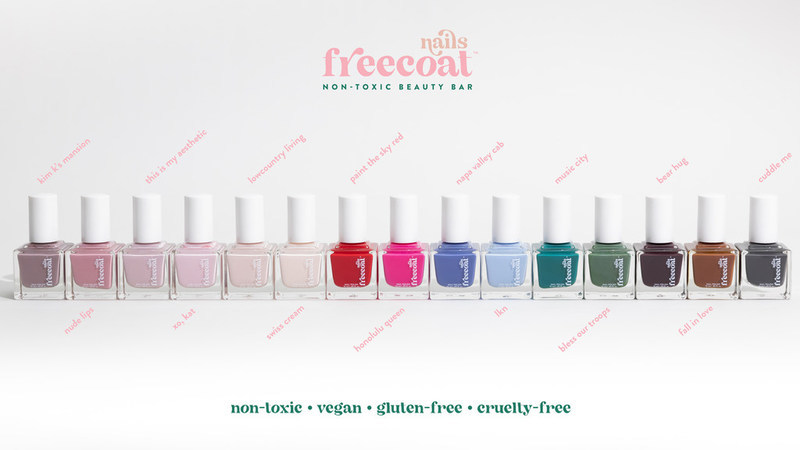 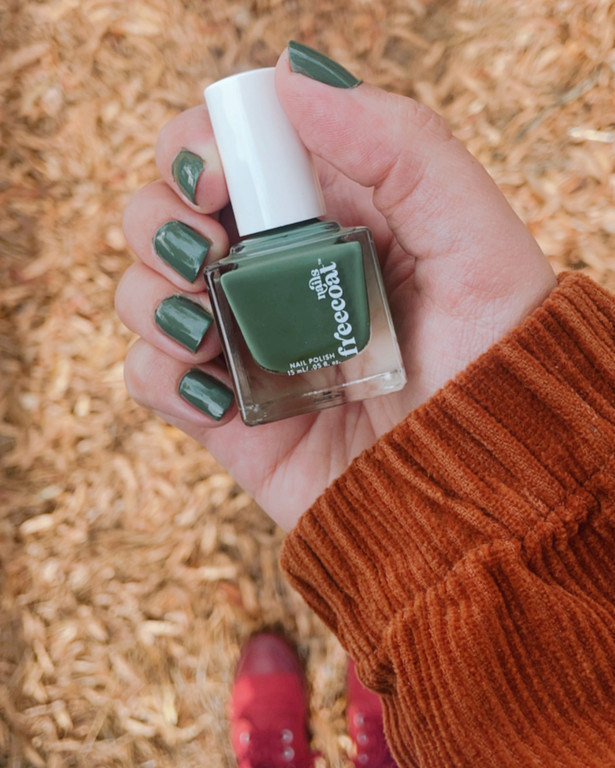 Freecoat Nails, founded in Charleston, SC in 2017, is the US’s first non-toxic nail and beauty franchise system, now débuting 15 non-toxic, vegan, cruelty and gluten-free, high-end nail polishes alongside two top coats and cuticle oil. Kat Eckles, the founder and co-owner of Freecoat Nails, asserts that the top toxins commonly found in nail polishes such as formaldehyde, toluene, camphor, xylene, parabens, ethyl tosylamide and others are not used in their collection.

If the clean nail polishes aren’t enough to set them miles apart from their competitors, their creative shade names sure will! Those in the mood for some romance can try out Honolulu Queen, Lowcountry Living, and Music City. Additional polishes include Paint the Sky Red, Napa Valley Cab, Kim K’s Mansion, and This Is My Æsthetic. There is also a patriotic green shade named Bless Our Troops, and one named after Kat Eckles herself, XO, Kat. In addition, Swiss Cream and Lkn represent the Freecoat Nails studio in Cornelius near Lake Norman. Guests can experience the polishes by booking appointments at www.freecoatnails.com.

That’s not all! Freecoat Nails is also offering all natural, coconut wax, hand-poured candles, in time for the holidays. The candles average a 50–70 hour burn time, available in matte green, matte blush, and iridescent blush, boasting the smell of sea salt and eucalyptus, all available at Freecoat Nails’ retail boutiques.—Riveka Thevendran