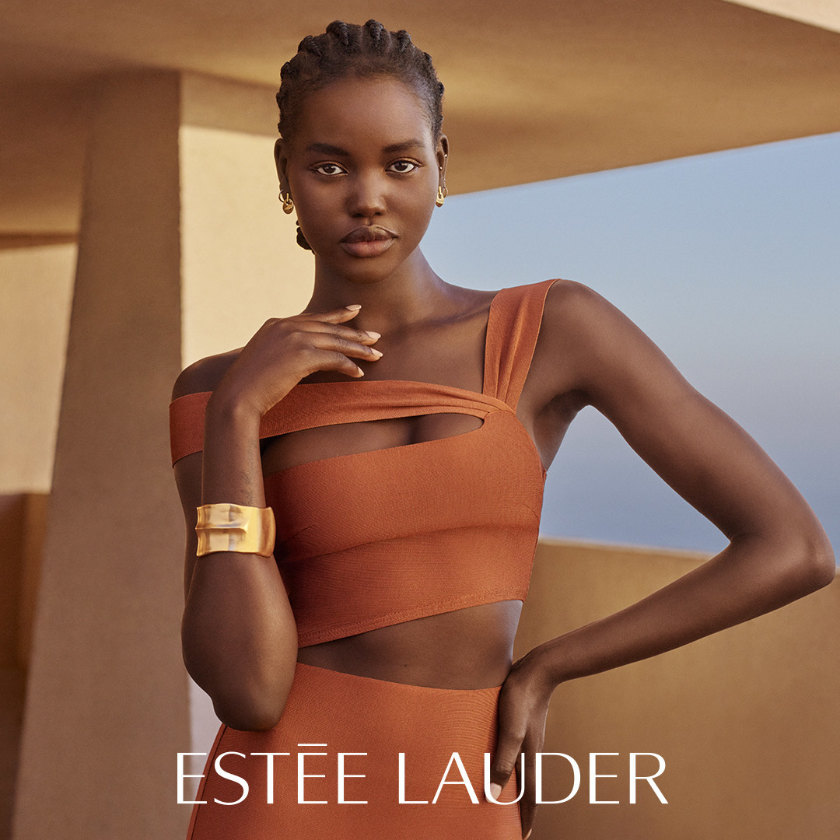 Adut Akech is Estée Lauder’s newest brand ambassador, joining the beauty company’s current roster of models, including Ana de Armas, Anok Yai, Bianca Brandolini d’Adda, Carolyn Murphy, Diana Penty, Grace Elizabeth, Karlie Kloss, Kōki, and Yang Mi.
Her campaigns for make-up and skin care will begin in July.
Akech was named model of the year at the Fashion Awards in 2019 and featured on the Time 100 Next list the same year.
South Sudanese by ethnicity, Akech was born en route to the Kakuma refugee camp in Kenya. Her family then settled in Adelaide, South Australia, where she joined a modelling agency and walked in Melbourne Fashion Week. In 2016, she was cast as a catwalk exclusive in the Yves Saint Laurent spring–summer 2017 show, making her fashion week début. Akech has regularly walked for major labels and appeared in campaigns. She has modelled in editorials in at least seven international editions of Vogue, and covered at least three; she has also appeared in I-D, Elle Hrvatska, L’Officiel Singapore, Numéro, and many others. She recently began working with the United Nations High Commissioner for Refugees (UNHCR) to promote causes supporting refugees around the world.
‘To be part of the Estée Lauder family is a dream come true. Estée Lauder has such an amazing heritage, and the story of Mrs Estée Lauder continues to be an inspiration to women around the world. Like her, I hope to inspire girls everywhere to never give up on following their dreams,’ said Akech in a release.
‘Adut is one of fashion’s biggest and most influential stars,’ said Stéphane de la Faverie, group president for the Estée Lauder Companies, and global brand president, Estée Lauder and AERIN. ‘We believe her incredible story, personality and beauty will help us continue to inspire and connect with our consumers and establish her as a beauty icon of her generation.’