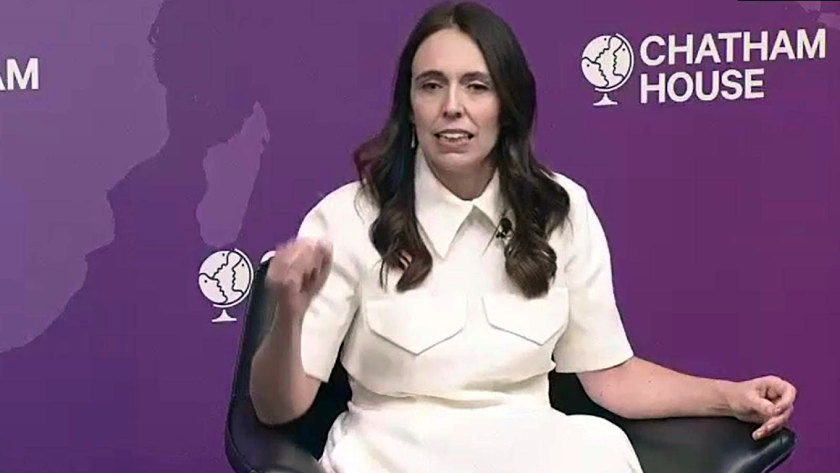 We don’t often get into politics in Lucire, though we found it surprising that New Zealand prime minister Jacinda Ardern’s speech at Chatham House received little coverage in our country—especially as her remarks are far more poignant here than in her Harvard commencement address earlier this year, which did receive some media.

Where the story touches Lucire is in the Q&A afterwards, which Ardern handles masterfully. Specifically her remarks about the Christchurch Call, named for the city in which a horrific terrorist attack took place on March 15, 2019, come into our sphere, since we have been critical of social media companies and how they handle illegal content.

Given the cursory coverage of the specifics of the Christchurch Call in mainstream media, we were surprised to learn that it runs more deeply than removing illegal content.

Ardern said that in the wake of the attack, which was live-streamed on Facebook and propagated virally—so much so that when she went online to tell the public what she was doing, she herself saw the video in her feed—it was important to dip ‘further than just into a crisis response. We have subsequently created something called … the Christchurch Call, a crisis response protocol. It’s kind of like a civil defence mechanism now, so if there is any online live-streamed activity that sits in the realm of being violent, extremist or terrorist, it triggers an automatic response. The [Big Tech] companies immediately work together: they have a hash repository where they share that information to immediately take down and ensure that we don’t have the proliferation of such an attack.’

She continued, ‘I think the real game-changer will be the work we do on content creation and algorithmic outcomes. You know we do not have a consistent approach globally on what responsible algorithms mean, but we have increasingly a generation that spends more and more time online, and they’re unable to necessarily determine their own content. It is being curated in real time, sometimes by choices made by the user, but sometimes not. And whether or not you’re concerned about disinformation or young people accessing content around suicidal ideation, or violent extrem[ism]—whatever the banner—we need to ensure that we have greater transparency around content creation and algorithmic outcomes …

‘This is where the Christchurch Call is bringing NGOs, civil society, companies, and government to the table to try and ensure that this work is done.’

We have criticized US social media companies for their inaction, and indeed even promotion of illegal or immoral content, something that they could solve if they placed society over profits. There has been little sign that they have changed or wish to change, with the lobbyists they have employed in their own country to ensure the status quo, especially around competition law.

With Facebook’s parent company Meta reporting US$117,929 million in revenue for 2021, and a net income of US$39,370 million, and Google parent Alphabet having figures of US$257,637 million and US$76,033 million respectively, one would reasonably assume that these companies have the financial resources to tackle illegal, extremist and other undesirable content.

Free-speech absolutists might dictate it is not their job to deal with such things, but our feeling is that there are reasonable standards in civil society that are understood by most. And given their lack of interest, desire or gumption to do the task freely, then no wonder Ardern and her political allies—inter alia prime ministers Emmanuel Macron and Justin Trudeau—have taken first steps.

It would take another piece to determine whether they have been effective, but it is a start, one which earlier governments should have taken had they had the pragmatism. Those who feel governments are 10 years behind technology might feel they have more support for their claims. Here, it took the tragic deaths of 51 people in Christchurch to act as a catalyst. But we argue that the warnings have been stark, long-standing, and numerous. A first step from this country is a welcome action, and one hopes that more will be taken, quickly.