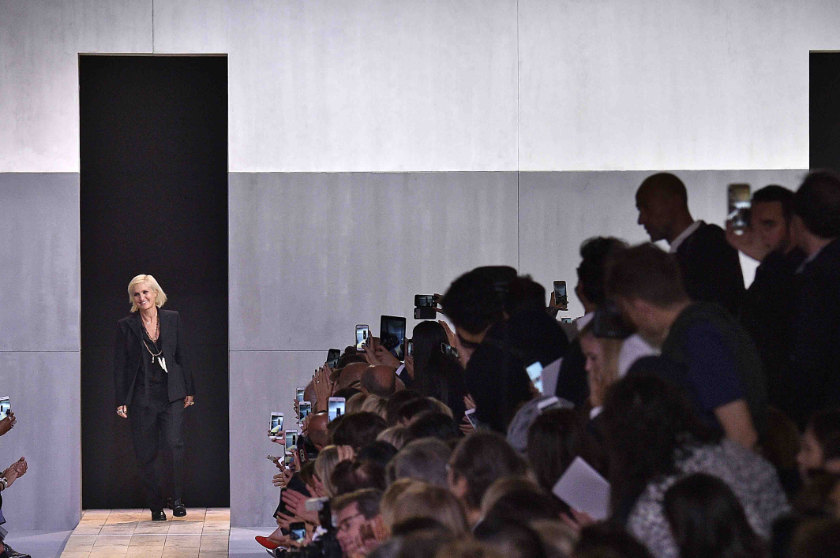 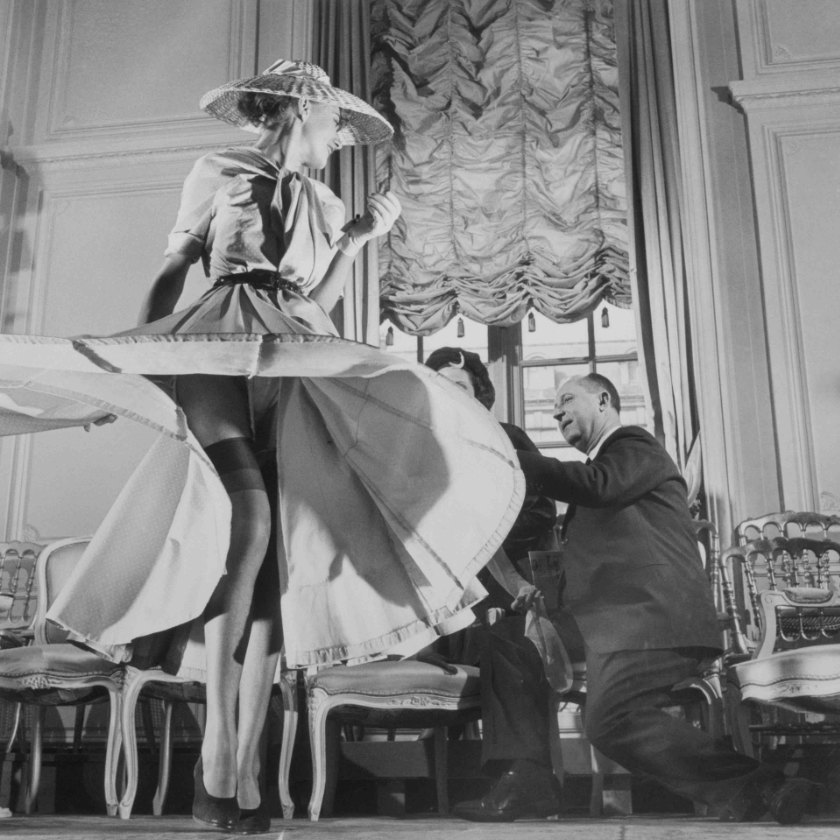 Top: Maria Grazia Chiuri takes a bow after her first collection. Above: From the archives, Christian Dior himself measuring a model.

With Christian Dior celebrating its 70th anniversary this year, with a feature appearing in an upcoming Lucire and an exhibition at the NGV, it’s the perfect time to take a look back at one of France’s (and fashion’s) most storied names.
More4 will broadcast a two-part series in the lead-up to London Fashion Week, called Inside Dior, an observational documentary airing on Thursday, February 9 at 9 p.m., and the following week on February 16 at 9 p.m.
From a house that began with one head designer, and his pioneering New Look, to a billion-dollar brand, the series examines Dior’s past and present.
The first episode begins with a star-studded party at Christian Dior’s restored summer mansion, La Colle Noire, outside Grasse in the south of France, hosted by Charlize Theron. The Dior cruise 2017 show at Blenheim Palace and a haute couture show form the core of the episode, with behind-the-scenes footage of Dior staff getting ready for the shows, and clients who are entertained at opulent, formal dinners in Paris. It also deals with the company’s search for a new creative director to replace Raf Simons.
The second episode follows Dior’s first female creative director, Maria Grazia Chiuri, preparing for her first collection at Paris Fashion Week (noted in Lucire issue 36). It also looks at Christian Dior’s beauty business, examining François Demachy, the company’s nose, on creating a Dior perfume, and Peter Philips, its make-up director, on creating a catwalk look. The episode ends as celebrities Kate Moss, Rihanna, and Natalie Portman arrive along with the world’s press at Chiuri’s first Dior spring 2017 catwalk show. 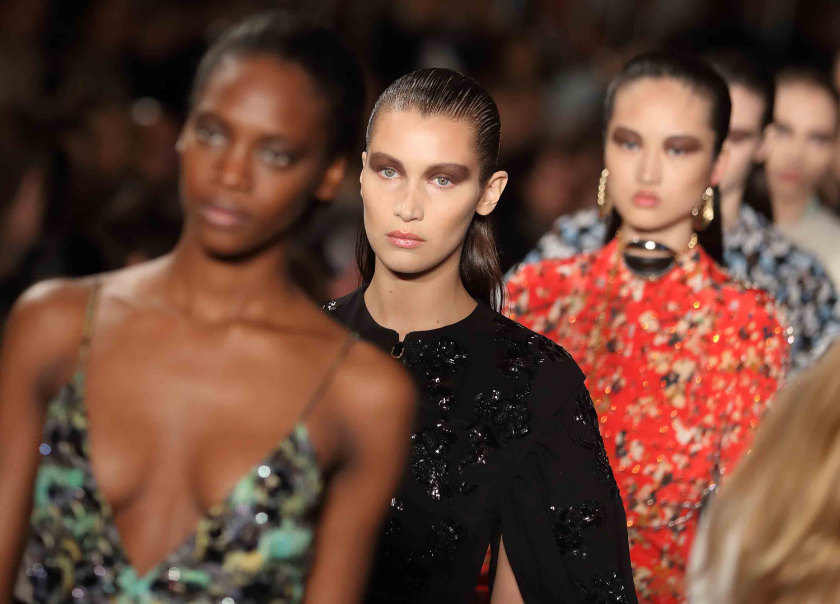 Above: Bella Hadid and other models walk at the conclusion of the Dior cruise 2017 show.