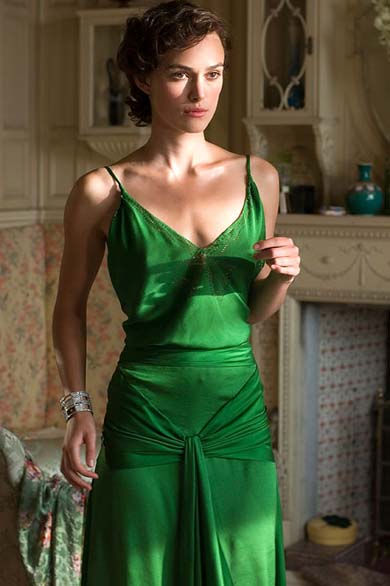 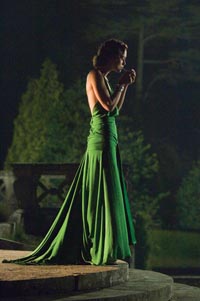 It’s 2008 and two of the three Lucire ‘Insider’ entries are about Keira Knightley. It looks like 2007 was very much Miss Knightley’s year, if all these polls are anything to go by.
From the Press Association: ‘The emerald green dress worn by Keira Knightley in Atonement has been voted the best ﬁlm costume of all time.
‘The bias-cut, backless silk gown had fashion editors raving when it ﬁrst appeared on screen last year.
‘Knightley’s character, Cecilia Tallis, wore it during a pivotal scene in Joe Wright’s period drama, which is tipped for Oscar nominations.’
The survey was done for Sky Movies and British InStyle. Following Knightley’s dress were:

Ian Lewis, director of Sky Movies, said, ‘There’s no doubt that Keira Knightley’s dress in Atonement created a massive stir this year, so it will be interesting to see whether it attains this stand-along iconic status in years to come.’
Our view: probably not. As meritorious as the ﬁlm is, as well as the original book by Ian McEwan, Atonement hasn’t had the level of promotion some of the others with iconic dresses have had.