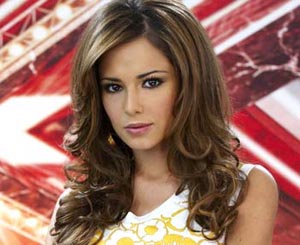 The latest story on Cheryl Cole and whether she will be a US X Factor judge might be a good test to see what is on the Zeitgeist more: the US adaptation of the talent show, or the Royal Wedding, since we have just run an item on the impending nuptials here at Lucire.
Variety now reports that a contract is being drafted for Cole. This report is considered more accurate than the media speculation that observers have put up with for the last fortnight.
One had the feeling that the ‘Will she? Won’t she?’ drama was being played both by Simon Cowell, the show’s creator, and by the media, who seem to savour news of Cole.
Auditions are already taking place for the show around the US.
If signed, Cole would join the judging panel alongside Cowell and L. A. Reid.
To keep the story in the news for a bit longer, neither Fox, Fremantle nor Syco Productions has conﬁrmed where the contract is at.
Cole has been linked to Cowell’s businesses since she joined the original X Factor in 2008. It was also rumoured in 2009 that she would join a venture being set up by Cowell and Topshop’s Sir Philip Green.