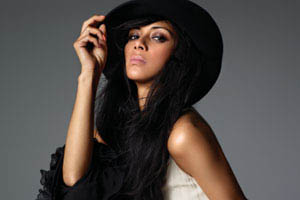 We’re glad we made the call that Nicole Scherzinger (left) would replace Cheryl Cole on the US version of The X Factor, rather than speculate whether the Geordie songstress would return, as the British media and Twitter did over recent days. Fox issued a statement, ofﬁcially, that Scherzinger has replaced Cole on the judging panel of the TV show on Monday.
‘Nicole will join Simon Cowell, L. A. Reid and Paula Abdul on their search across America to ﬁnd the next global superstar or group to win the life-changing $5 million recording deal,’ said the statement.
‘Nicole has previously joined Simon Cowell as a guest judge on The X Factor … in 2010. Steve Jones will act as sole host of [the US] X Factor,’ it added.
Show creator Simon Cowell has stated in an interview that he made a bona ﬁde effort to keep Cole on either the US or UK versions of the show.
Cowell told the Associated Press that reports that American audiences could not understand a Geordie accent were inaccurate. He also rubbished rumours that Cole did not work well with the other judges.
He did feel that Cole seemed less happy on the American version and stated that negotiations had begun enthusiastically for her return to the UK version.