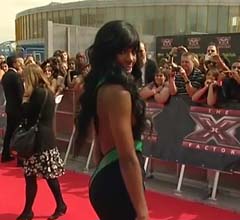 As reported elsewhere, Steve Jones has already conﬁrmed on Twitter that he will not return for the second season of the US version of The X Factor as creator Simon Cowell tinkers with the show.
The UK media, meanwhile, are speculating that Nicole Scherzinger will also get the boot, and there’s even a hint that Paula Abdul will be on her way out.
One possibility is that Kelly Rowland will head to the US version after performing well on the original. Naturally, Cheryl Cole has been mentioned as another possibility, but that may well be down to wishful thinking and her undeniable support among Britons.
Mariah Carey’s and Fergie’s names have also been mentioned.