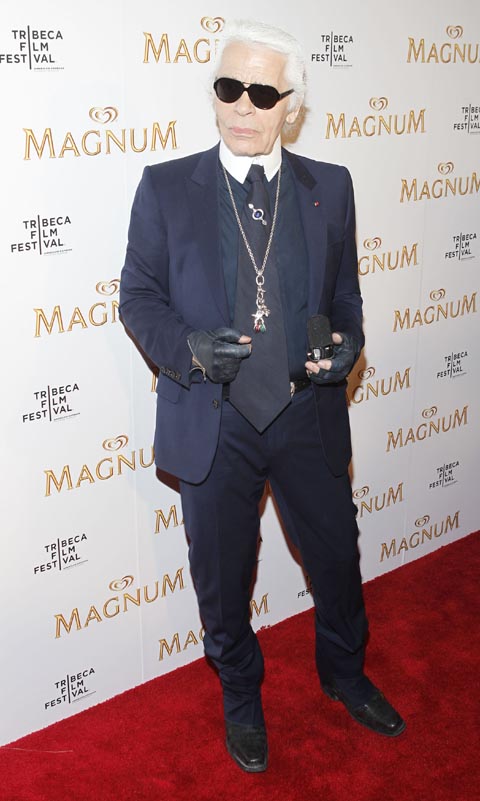 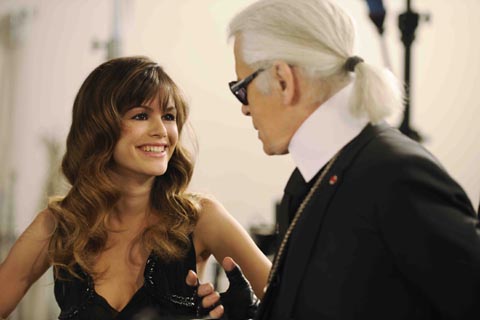 Top Karl Lagerfeld at the première of his Magnum advertisements. Above and below Rachel Bilson and Karl Lagerfeld work on the creation of the series of three vignettes promoting Magnum, which is only now launching in the US after 20-plus years.

It surprises us that the US has not had the pleasure of Magnum ice-creams, which have been around since the late 1980s. To launch the brand, it needed a bit more oomph than the usual Unilever marketing, so the company hired Karl Lagerfeld and Rachel Bilson for its ads.
Lagerfeld has directed a new television advertising series starring Bilson as the ice-creams go on sale in the US, including Wal-mart, Target, Safeway and Kroger. Six ﬂavours début.
There are three vignettes, with Photo Mood, featuring Bilson as a ‘discontented famous model’, according to the release, who ﬁnds pleasure in her Magnum ice-cream. Art Class sees Bilson as an art student who is inspired after her Magnum, while Applause has the actress as a ballerina who evades her fans and her boyfriend (Baptiste Giabiconi) by taking a moment with her Magnum.
The première was held at the IAC building in New York, with both Lagerfeld and Bilson in attendance on the red carpet.
The series will also be available online at www.magnumicecream.com from April 22. A Facebook page can be found at www.facebook.com/magnum. 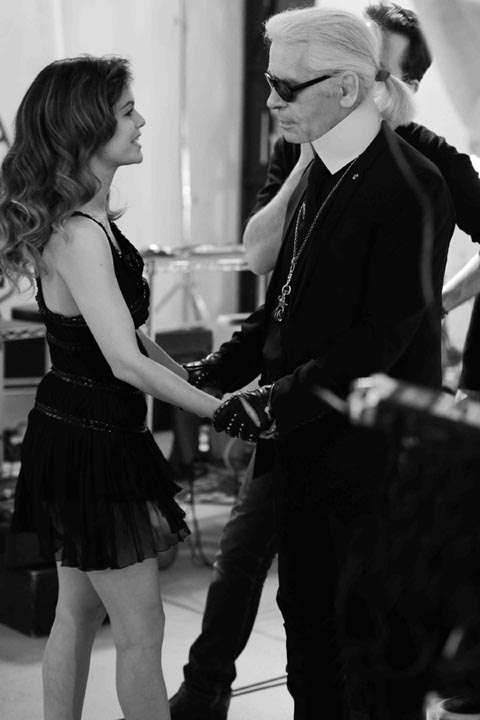