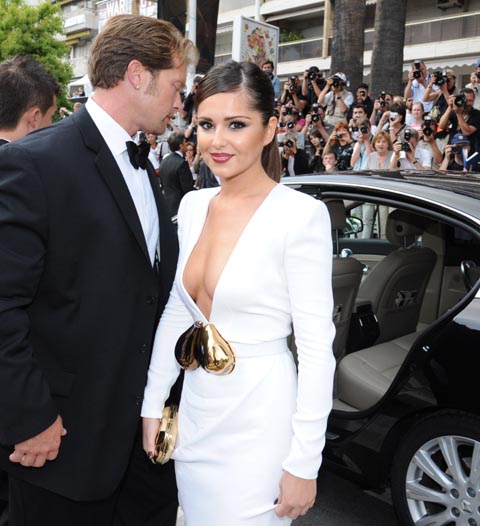 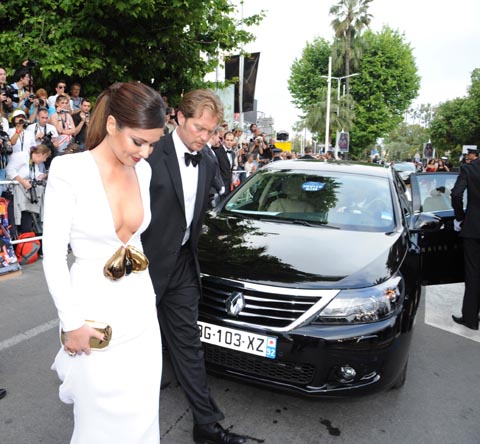 Cheryl Cole is making headlines in France, after starting on the US version of The X Factor, returning brieﬂy to Blightly, and, now, reaching the Cannes Film Festival for the première of Habemus Papam.
The singer wore a Stéphane Rolland dress with a plunging neckline, toning down her colourful look that she donned in her ﬁrst days in her judging role on US X Factor.
The dress was reportedly made to order for Cole, and was teamed with a belt featuring a glass ornament ﬁlled with gold.
It is Cole’s second year at Cannes: in 2010, she attended red-carpet functions and performed at the de Grisogono dinner party.
Habemus Papam is the new ﬁlm by Nanni Moretti and starring Michel Piccoli, Nanni Moretti and Jerzy Stuhr, part of the ofﬁcial selection at Cannes. The title is Latin, meaning, ‘We have a Pope’, the announcement given when a new pope is elected.
In the comedy, Piccoli, 85, plays a cardinal who is elected as the new Pope, but suffers from performance anxiety.
Also spotted attending the première were French star Frédérique Bel, who has been very active in the cinema over the last few years, and actress Andréa Ferréol. 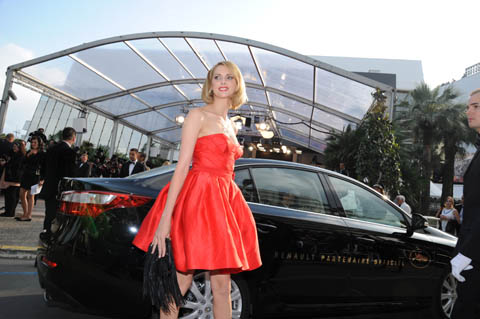 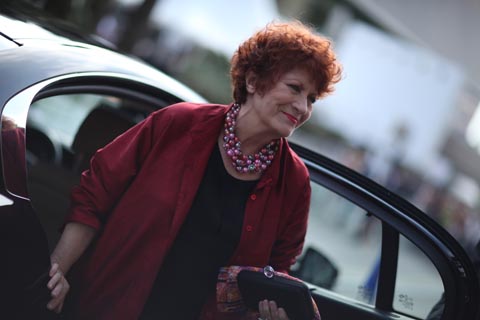