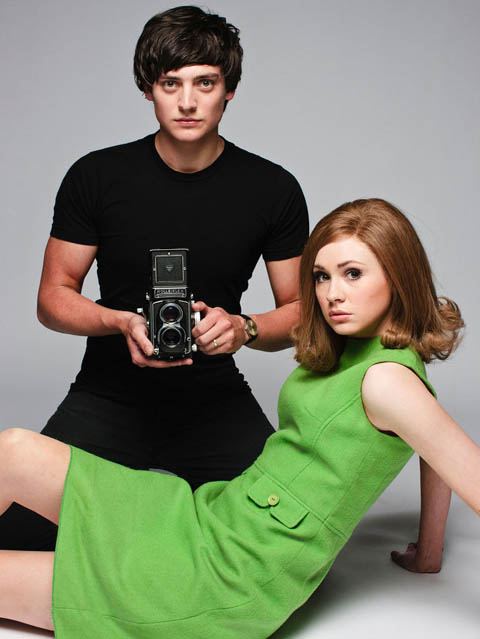 The BBC has released its ﬁrst ofﬁcial image of Karen Gillan (Doctor Who) playing Jean Shrimpton, in the BBC Four bio-pic, We’ll Take Manhattan.
Welsh actor Aneurin Barnard stars alongside Gillan as photographer David Bailey.
We’ll Take Manhattan focuses on a Vogue photo shoot in New York in 1962 and how iconic 1960s model Shrimpton—known colloquially as the Shrimp—and Bailey embarked on their four-year affair.
Shrimpton featured heavily in British Vogue in the 1960s as well as the other magazines of the day. Had the term been coined, the Shrimp would have been a supermodel by today’s standards.
Bailey left his wife to be with Shrimpton.
Shrimpton has been largely reclusive since her heyday, but Gillan told the Evening Standard that the couple approved of the project.
We’ll Take Manhattan is produced by Kudos, the company behind Spooks and Life on Mars, with ﬁlming having commenced in May. John McKay (Life on Mars, Robin Hood) wrote and directed. The ﬁlm airs on BBC Four in February.

Karen Gillan to leave Doctor Who in 2012, says Steven Moffat—news in Lucire Men