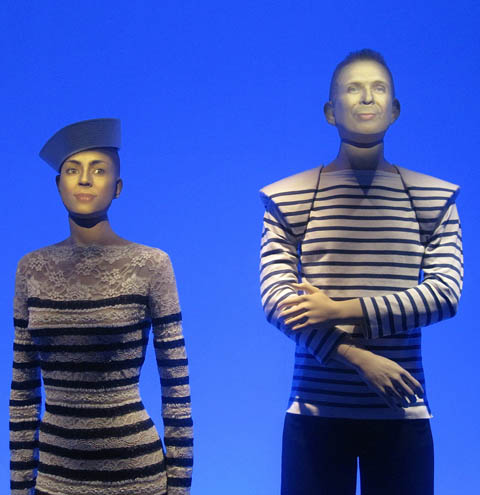 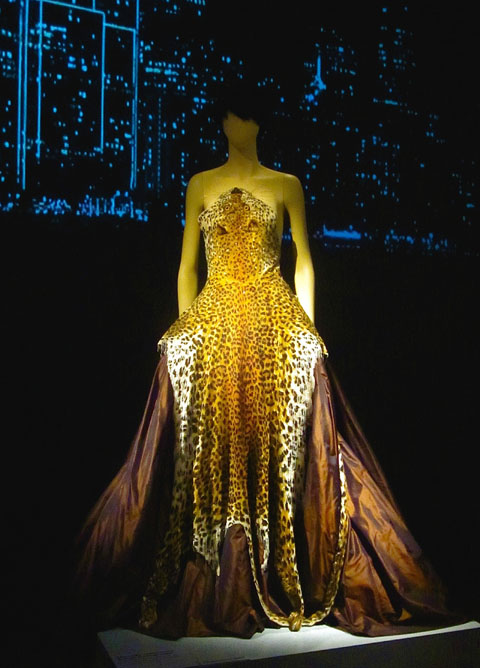 It may seem at first blush like somewhat of a surprise that an ambitious fashion-as-art exhibition starring Jean-Paul Gaultier, The Fashion World of Jean Paul Gaultier: from the Sidewalk to the Catwalk, is creating a major buzz in San Francisco instead of New York or even Los Angeles. However, given San Francisco is America’s incubator of high-tech, envelope pushing ideas, the locale makes perfect sense after you’ve walked through this multi-sensory, three-dimensional biographical portrait of a designer that has defined music and feature film as well as fashion.
A mere US$25 buys you an experience that is nearly as in-your-face as a front-row seat at one of his sensational couture presentations reserved only for the very top of the Hollywood and fashion A-lists. There is, however, also an unexpected layer of intimacy to this showcase, from the first cone bra he created for his beloved teddy bear to the small sampling of designs for men and women that turn haute couture on his head and ensured Paris and the rest of the fashion world would never be quite the same. Though Madonna, Kylie Minogue, Helen Mirren and Catherine Deneuve (among many others) have done their part (along with his collectable boudoir-inspired fragrance bottles) to bring Jean-Paul Gaultier to the mainstream, the exhibit makes it clear his visionary edge and razor sharp wit are not going anywhere.

The most mind-blowing aspect of the exhibit involves 30 animated mannequins who talk, sing and tell his life story. This feat was pulled off by Montréal-based theatre company Ubu Compagnie de Création, whose actors literally breathe life into the clothing. The 140 haute couture and prêt-à-porter designs created between the mid-1970s and 2010 sported by these mannequins, are artfully flanked by numerous sketches, archival documents, fashion photographs, and video clips that spotlight Gaultier’s collaborations with filmmakers, choreographers, and musicians, most notably Madonna.
The exhibit runs through August 19, 2012 at the De Young Museum, 50 Hagiwara Tea Garden Drive (Golden Gate Park), San Francisco, CA 94118, USA; telephone 1 415 750-3600.—Elyse Glickman, US West Coast Editor 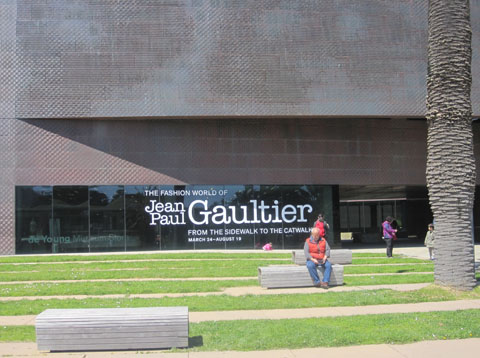 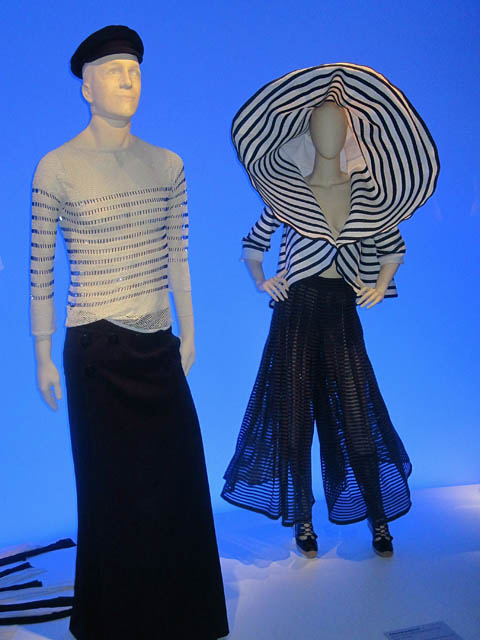 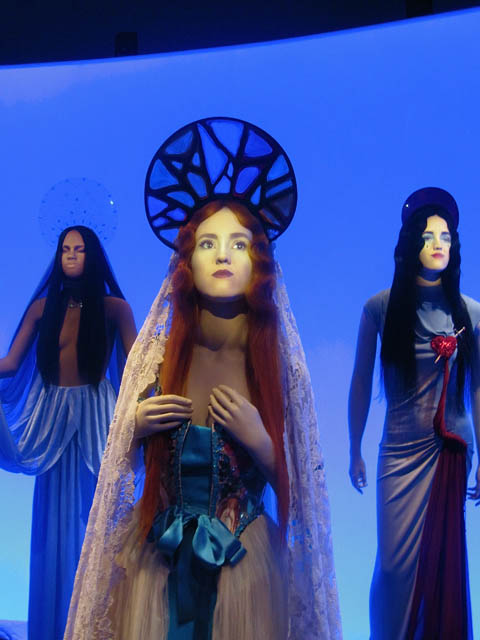 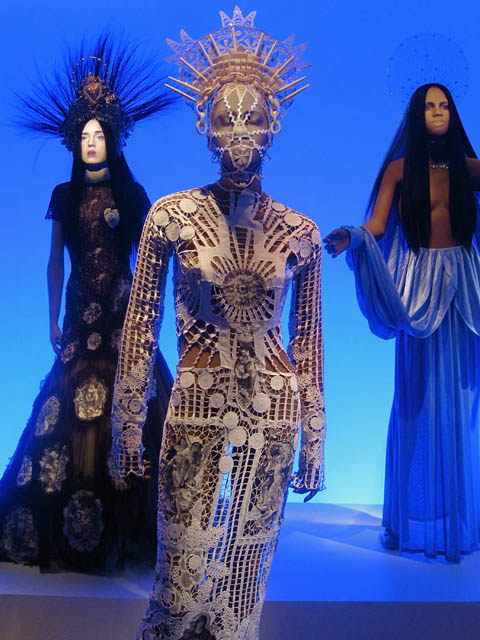 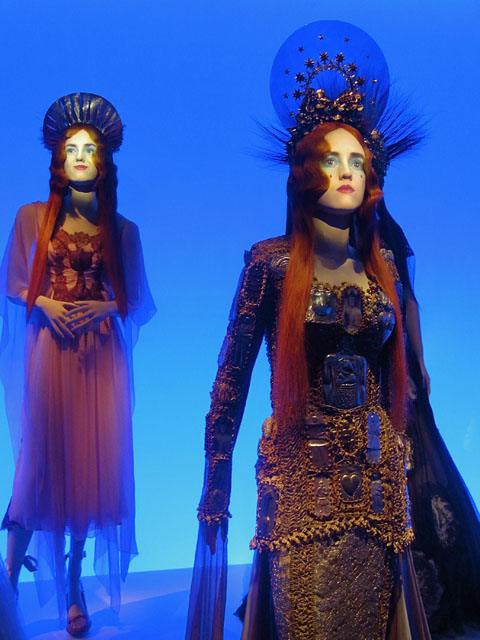 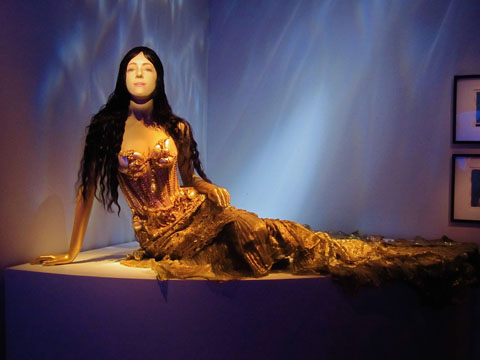 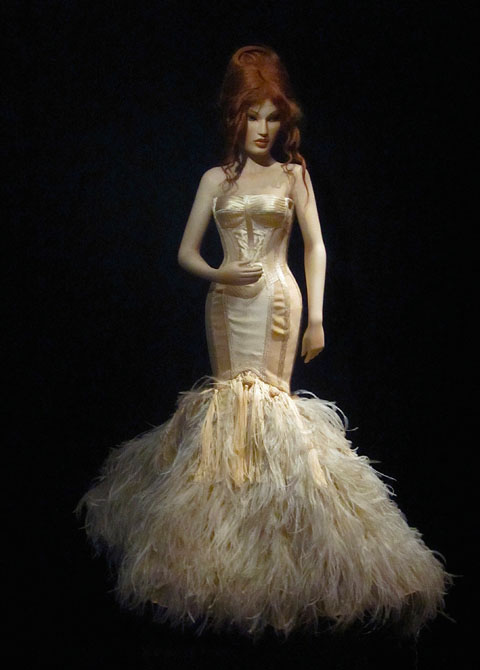 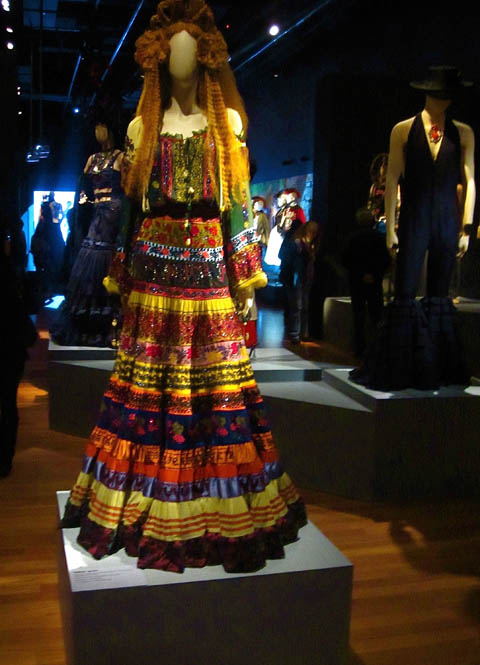 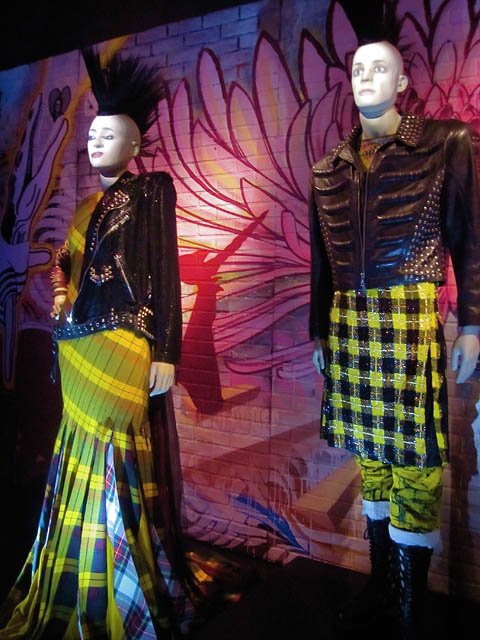