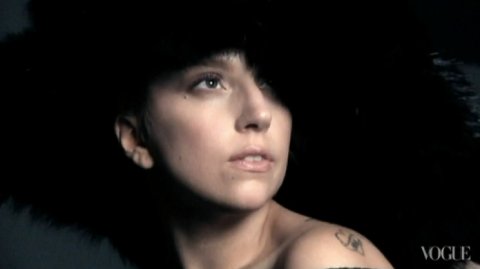 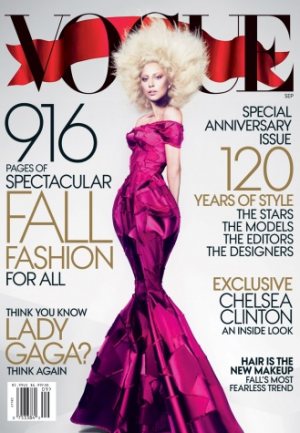 After Lady Gaga “leaked” (reportedly with the consent of editor-in-chief Anna Wintour) the September 2012 cover last week, Vogue has released a video of the shoot featuring the musical superstar, as well as a promotional story on its website to sell the iconic issue.
September is traditionally Vogue’s biggest issue, and this one is no exception, as the magazine celebrates its 120th anniversary with a massive 916 pp. number.
It is Gaga’s second Vogue cover, but this time the singer reveals more about her life in a feature interview with Jonathan Van Meter. Photographs are by Mert Alas and Marcus Piggott.
She reveals in her interview, ‘I’m a complete free spirit, so, even though you don’t see it, I still find time to have sex at night on the beach when no one’s around. Or roll into a bar and get … up, and dance with my top off. It’s just that no one ever sees that, because I have great real friends who never let me do it when I would get caught.’
It also ties in to a new perfume by Coty which, says Vogue, appears black in the bottle but sprays clear.
Gaga’s leak-Tweet read, ‘Shh Dont Tell Twitter/ Sept Issue Of Vogue Magazine/ Sorry Anna but the underground kids deserve it. bisous!’
On the cover, Gaga wears a fuchsia Marc Jacobs gown. The issue hits newsstands in the US on August 21, and also features an exclusive story with Chelsea Clinton.