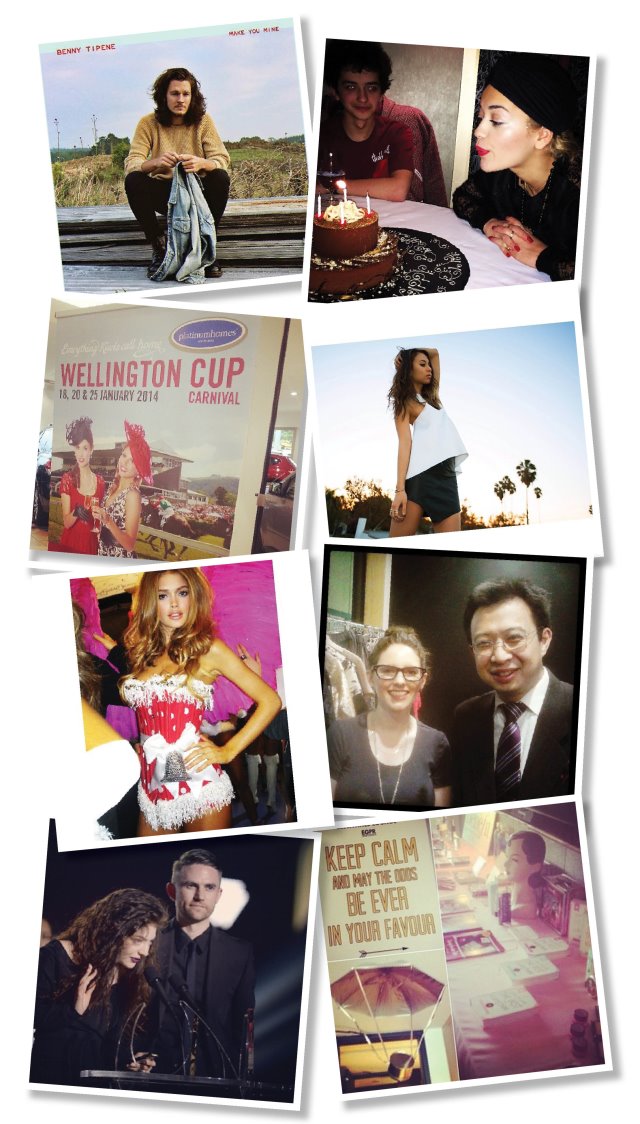 This week’s Instagram pics include two of Lucire’s own, publisher Jack Yan and fashion editor Sopheak Seng. Sopheak shows his excitement for seeing his fabulous styling on a banner for the local Wellington Cup Carnival, while Jack is with the designer of Mardle, Shiana Weir, at an event hosted by her label and TwoWorlds, Design Cartel, Desiree, and Nevada Brown.
In other Kiwi news, X-Factor runner-up Benny Tipene promotes his new single coming out on December 6: in a very attractive manner I might add. Meanwhile Lorde and David Little attend the New Zealand Music Awards both wearing New Zealand’s own, Zambesi.
British pop-sensation, Rita Ora, celebrates her 23rd birthday in style with a truly scrumptious-looking cake. Over in LA, fashion-blogging superstar Rumi Neely is seen in not one, but two Australian labels. She wears the Vampire Skirt by Friend of Mine and Light Ceramic top by Bec & Bridge—doesn’t she look fabulous?
Current it-girl Jennifer Lawrence, fondly known here at the office as J-Law, promotes her massive new blockbuster and the second in the terrific Hunger Games series, The Hunger Games: Catching Fire. Now showing at cinemas, it’s a definite must-see. Last but not least, Doutzen Kroes posts a drool-worthy shot of herself in sexy Christmas themed lingerie: included purely due to its extreme hotness.—Anna Deans