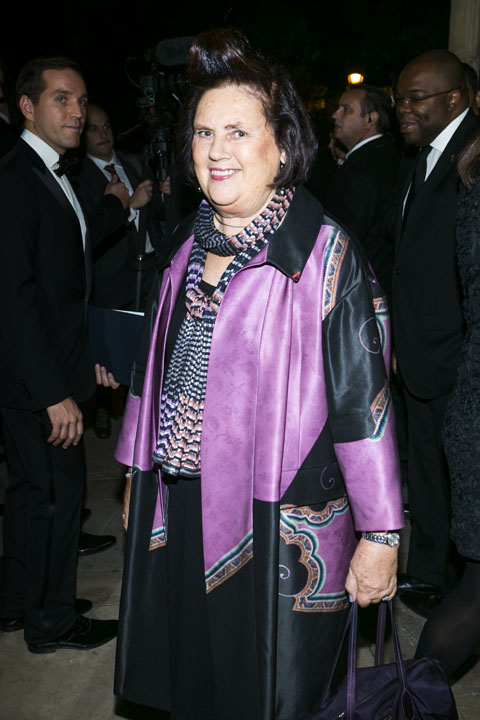 Suzy Menkes, OBE will receive the British Fashion Council’s (BFC) Special Recognition Award this year, for her 25-year-long career at the International Herald–Tribune.
Menkes has been style editor for the newspaper, now rebranded as the International New York Times, since 1988, and is hugely respected by her peers and the fashion industry.
British-born, she is a graduate of Cambridge University, where she read English literature. Menkes was the university newspaper’s first female editor. Her official biography notes that she previously worked for The Times, the London Evening Standard, and The Independent.
As style editor, Menkes resides in Paris and holds the Legion d’Honneur in France. She has authored a number of books on fashion and the Royal Family.
In the BFC’s release, the industry praised Menkes, who tends to have a warm relationship with the industry, known for her fairness and journalistic integrity.
Stephen Jones, OBE, whom Lucire publisher Jack Yan interviewed in issue 31, said, ‘Suzy is fashion. Suzy is the bench mark by which all others are judged. Few come close in authority, experience, judgement and hairdo.’
Chris Moore of Catwalking.com noted, ‘To say Suzy Menkes is to say fashion. It’s an honour to have worked for her to 25 years.’
Sarah Mower, BFC Ambassador for Emerging Talent and a contributing editor to Vogue, said, ‘Suzy is the fastest mover in the west—or east. I have only ever beaten her to the race backstage about three times in 15 years. The brain under that front-roll is a phenomenon. I’m in awe of the agenda-setting pieces she pens between Milan and Paris which both interrogate fashion’s motives and put it in its rightful cultural and economic place. Besides that, she’s the greatest defender of journalistic integrity, the greatest inspiration and the naughtiest wit I know.’
Simone Rocha said, ‘It is an honour to be reviewed by Suzy, her words are always astute and sincere. She has a true understanding of the beauty of fashion and her words make you believe in it.’
Susannah Frankel, fashion director at Grazia stated, ‘There are so many people reviewing fashion today but Suzy is still the person who, for me, best brings the clothes themselves to life. She is, of course, also brilliant at putting fashion into a broader cultural context but, if I miss a show, and read her commentary it’s almost as if I can see the collection in front of me. She makes that seem easy but it’s anything but. Add to that the fact that she is as sharp as a knife, as generous towards and interested in newcomers as she the big guns … Suzy is an incredible journalist and an incredible woman.’
The British Fashion Awards, hosted by the BFC, takes place on December 2 at the London Coliseum. Nominees this year include Marc Jacobs, Anya Hindmarch, Victoria Beckham, Mary Katrantzou, Raf Simons, Nicholas Kirkwood and Cara Delevingne. Tickets are available through www.britishfashionawards.com/tickets.