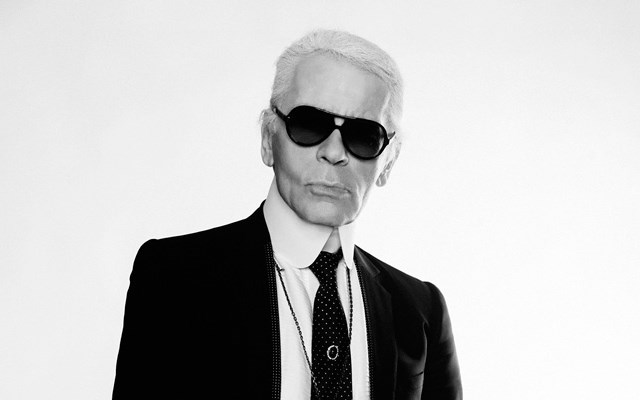 As with previous years, the British Fashion Council has announced its Outstanding Achievement Award winner at the British Fashion Awards before the big night: Karl Lagerfeld will receive the award on November 23 at the Coliseum in London.
The Council notes that Lagerfeld’s contribution is ‘unrivalled’: ‘For over fifty years Karl Lagerfeld has remained a formidable force in the fashion industry and has taken the helm of numerous iconic houses—including Chloé and Fendi. His eye for detail has proved transferable, juggling successful careers as photographer, publisher and art director alongside his numerous design undertakings.’
It credits Lagerfeld for turning Chanel into a ‘global superbrand’, redefining fashion advertising and establishing how a brand can be revived.
Previous winners included Alexander McQueen (posthumously), Sir Paul Smith, Manolo Blahnik, Terry and Tricia Jones, and Anna Wintour.
Natalie Massenet, chairman of the Council, stated, ‘Karl Lagerfeld defines outstanding. He is the champion of excellence, the master of the exceptional and one of the most iconic figures globally from our industry. His life’s work for his own and so many extraordinary brands has written the language of fashion. He is the ultimate visionary and we celebrate not only the decades already passed but those yet to happen. In Karl’s hands the future of fashion will be an exceptional one.’
This year’s sponsors include MAC, Toni & Guy, Marks & Spencer, Mercedes-Benz and St Martin’s Lane Hotel.