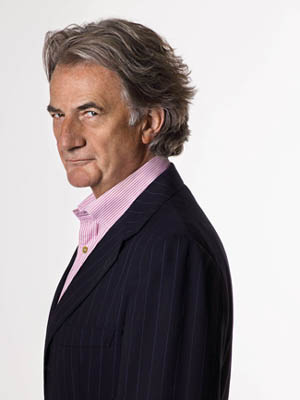 Sir Paul Smith will receive the Outstanding Achievement Award at the British Fashion Awards on November 28, the British Fashion Council announced earlier today.
The award was won last year by Alexander McQueen, posthumously.
Sir Paul has received four British Fashion Awards to date: Menswear Designer (1997 and 1999), Classic Designer (2001) and Contemporary Designer (2003).
The latest award was voted by a panel of journalists and retailers.
Paul Smith opened his ﬁrst shop in Nottingham in 1970. His ﬁrst menswear collection was shown in Paris in 1976, and his womenswear in London in 1998. His rise coincided with the popularity of British design in Japan, where the Paul Smith label grew rapidly, and where he has over 200 stores. He was knighted in 2001.
His base remains in Nottingham, but a London ofﬁce was opened in 2003. The Paul Smith products are made, primarily, in the UK and Italy.
In a BFC release, Sir Paul said, ‘What a fantastic honour to receive this award. It is really an award for not just me but for all of my fantastic team, many who have been with me for a very long time and have helped me build up a solid structure which really works. Thank you!’
Harold Tillman, CBE, chairman of the BFC, said, ‘I have known Paul for many years, he has built an incredible business, has bags of integrity and, a great sense of humour. Paul Smith, the brand and the man contributes a great deal to our industry commercially and creatively; his signature style is recognized throughout the world. He is the perfect recipient of the Outstanding Achievement Award this year.’