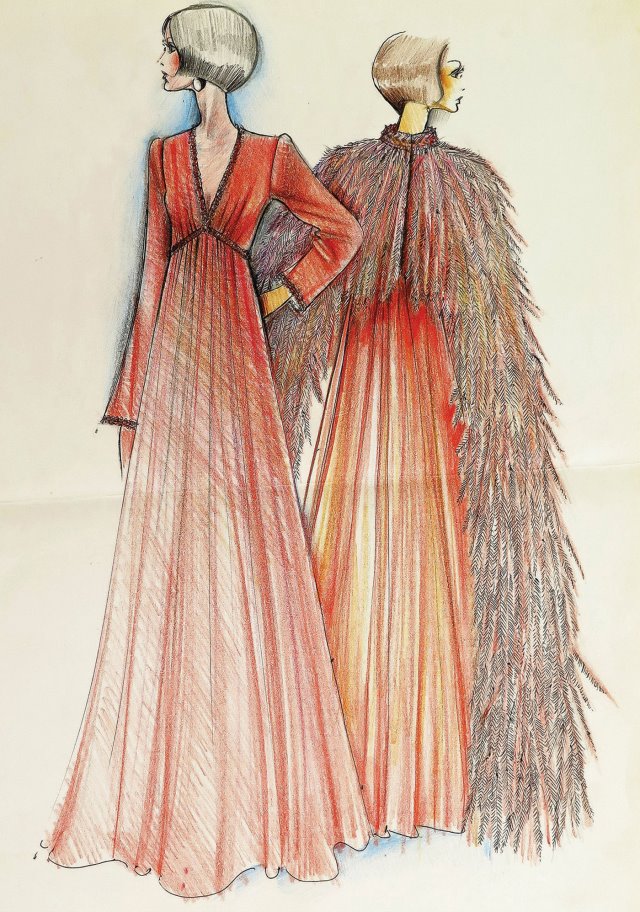 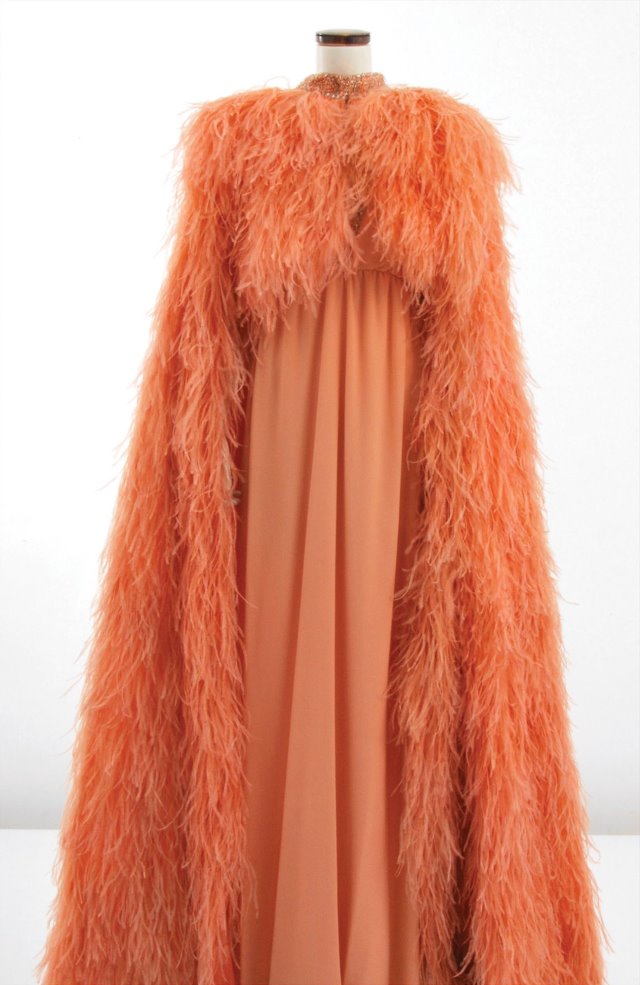 Above Lots 173 and 174: an original Karl Lagerfeld sketch, and the corresponding Tiziani coral gown with feathered cape.

Fashion sketchbooks and drawings by Karl Lagerfeld will be auctioned on January 11 by Palm Beach Modern Auctions in West Palm Beach, Fla.
The drawings were done for Tiziani, which was set up by American designer Evan ‘Buddy’ Richards in Roma in 1963, catering to celebrities and royalty. Lagerfeld freelanced for the house and the drawings illustrate how haute couture made the leap to designer ready-to-wear.
Rico Baca, auctioneer at Palm Beach Modern Auctions, notes that the collection is unique. Even though Lagerfeld was in the habit of throwing out old work, Richards meticulously held on to the sketches produced for him by the young designer. The collection was maintained in full by subsequent estates.
He also says that the drawings showed the shift from haute couture to prêt-à-porter: ‘Evan Richards and his brilliant designer Karl Lagerfeld were right at the forefront. Richards had grown weary of his couture designs being purchased, taken apart and copied line for line by New York department stores. Eventually he thought, “Why shouldn’t we be the ones selling our designs as ready-to-wear?” That was the beginning of it all.’
Baca says, ‘It contains Lagerfeld sketchbooks—some showing entire ready-to-wear lines for a season—hundreds of individual sketches by Lagerfeld and other Tiziani designers, hundreds of photos of couture shows, and several signed photos and personal notes from Elizabeth Taylor to Tiziani.’
Tiziani designed for Princess Marcella Borghese, Doris Duke and Gina Lollobrigida, and was a favourite of Elizabeth Taylor. Tiziani designed for Taylor for several films, and some of the drawings are marked for ‘Elizabeth Taylor Burton’.
The auction includes a Tiziani coral gown with feathered cape, matched to Lagerfeld’s original pre-production sketch. There are also four other pieces of Tiziani couture—three dresses and a beaded top—plus four Mary McFadden couture garments and a mod-style Kiki Hart pantsuit, according to the auction house.
The 400-lot archive will be auctioned on January 11 at 12 p.m. EST, at 417 Bunker Road, West Palm Beach, Fla. 33405. Internet bids will be taken via LiveAuctioneers.com. The online catalogue can be viewed at LiveAuctioneers.com. A cocktail party preview benefiting the Ann Norton Sculpture Gardens will be held at Palm Beach Modern Auctions on January 9 at 5 p.m. 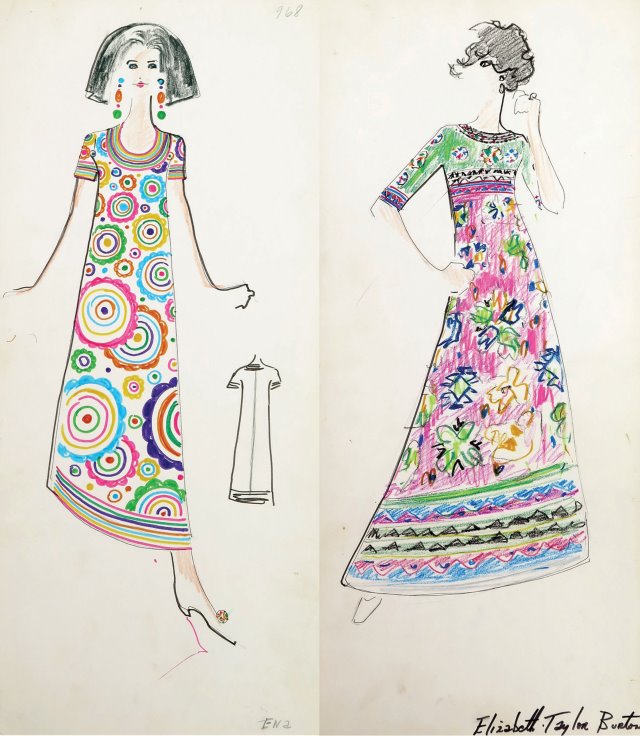 Above Lots 95 and 3: original sketches by Karl Lagerfeld for Tiziani. The one on the right bears a note that it is for ‘Elizabeth Taylor Burton’.