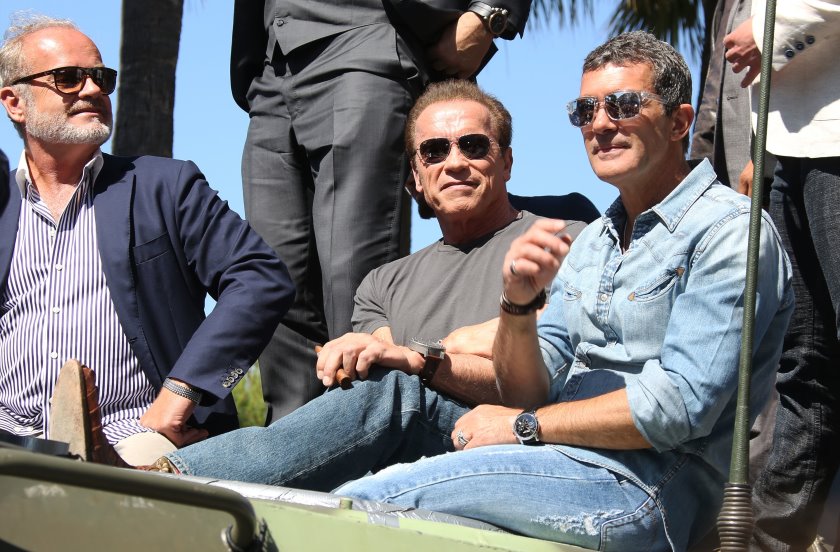 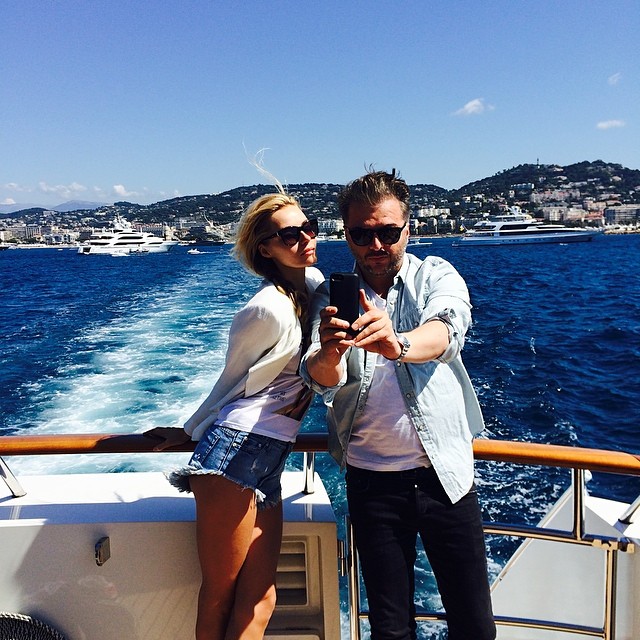 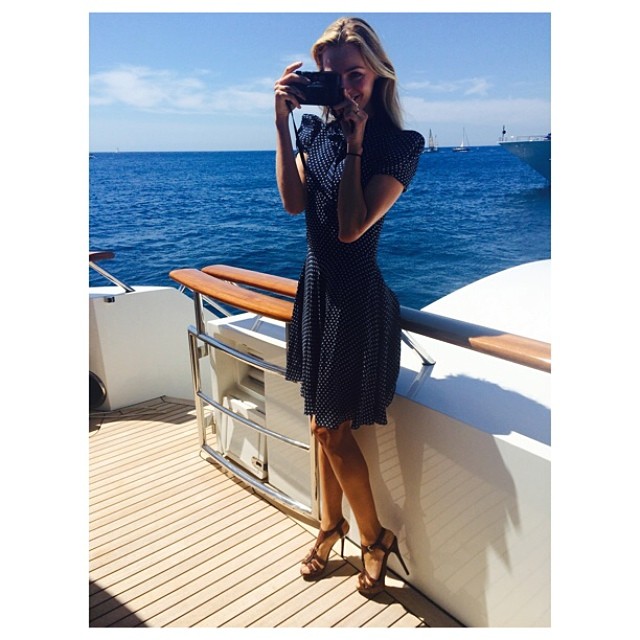 Top Antonio Banderas relaxes with Arnold Schwarzenegger and Kelsey Grammer. Centre and above Valentina Zelyaeva en route to the Relativity Media and Variety lunch at the Hôtel du Cap.

Sunday was a good day for celebrity-spotting. Veteran actress Joan Collins arrived at Cannes for a photo call, while The Expendables 3 stars (Sylvester Stallone, Arnold Schwarzenegger, Harrison Ford, Jason Statham, a bearded Mel Gibson and Dolph Lundgren) made the most of the French resort town with their call at the Carlton Hotel and red-carpet première (where they, along with Wesley Snipes, Kelsey Grammer and Antonio Banderas, held up ‘Bring back our girls’ A4s). Meanwhile, Montblanc has released a photo of Banderas wearing one of its watches while relaxing at Cannes with Schwarzenegger and Grammer. Both R-Patz—Robert Pattinson—and Myleene Klass were spotted ahead of their official functions at Cannes, in the videos below.
Relativity Media held its 10th anniversary lunch at the Hôtel du Cap-Eden-Roc in association with Variety, with guests Adrien Brody, Zoe Saldana, Suki Waterhouse, Paz Vega, Ron Perlman, Valentina Zelyaeva (the face of Ralph Lauren—and, of course, wearing a Ralph Lauren dress and shoes), Adrian Grenier, Lawrence Bender and Clotilde Courau. The Wonders’ red-carpet première saw Monica Bellucci, Viggo Mortensen, Alice Rohrwacher and Alba Rohrwacher, along with jury members Sofia Coppola and Carole Bouquet attend; while Pattinson joined Guy Pearce and Paris Hilton for the première of The Rover. Finally, Hilary Swank and Tommy Lee Jones were the centre of attention at their première, for The Homesman (see interview from yesterday’s entry).