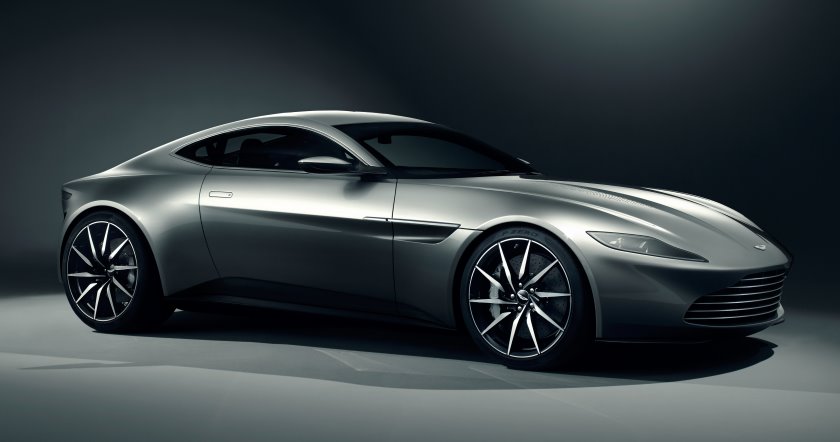 As we suspected, the DB10 moniker will not go to the DB9 successor at Aston Martin, but to a limited-edition model released for the 24th EON James Bond movie, Spectre.
Aston Martin says it will build 10 of the bespoke cars next year, hence the name, and claims that the vehicle was developed specifically for the film, to star Daniel Craig, Christoph Waltz, Monica Bellucci (who was tipped to be in a Bond movie even in the 1990s), Léa Seydoux, David Bautista, Andrew Scott, and Naomie Harris. Sam Mendes (Skyfall) returns to direct.
The car, along with the name of the film, were officially released on the 007 Stage at Pinewood Studios. Mendes himself took the cover off the DB10.
Aston Martin’s chief creative officer, Marek Reichman, worked closely with Mendes to develop the car. It previews the company’s design direction for the next generation of production models.
Dr Andy Palmer, CEO of Aston Martin, said, ‘In the same year that we celebrate our 50-year relationship with 007, it seems doubly fitting that today we unveiled this wonderful new sports car created especially for James Bond.’
The cinematic James Bond first drove an Aston Martin in 1964, when Sean Connery got behind the wheel of the DB5 model in Goldfinger.
The car will be built at Gaydon, Warwickshire. Spectre, which begins filming on Monday, including locations in London, Roma, Ciudad de México and the Austrian Alps, will be released on November 6, 2015.