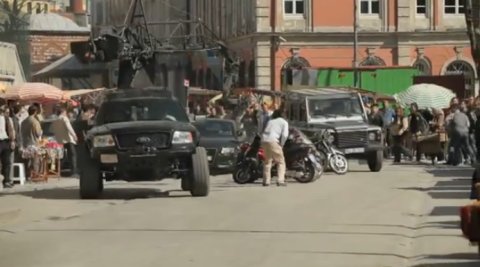 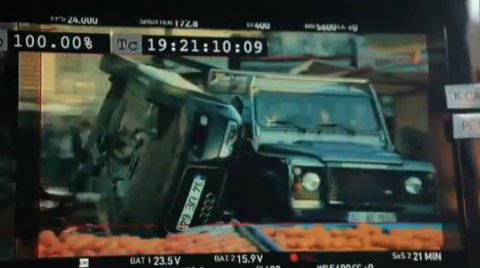 Sony Pictures has released B-roll behind-the-scenes footage from the pre-title sequence of the new James Bond film, Skyfall, which opened today in the UK.
The film had its royal première, attended by the Prince of Wales and the Duchess of Cornwall, at the Royal Albert Hall earlier this week.
The pre-title sequence sees Dame Judi Dench as M in the studio ordering Naomie Harris’s character, Eve, to shoot a villain.
The footage shows some of the chase that takes place in İstanbul, Turkey, with Daniel Craig, Harris, and Ola Rapace on location. The stunt work includes crashing Audis and motorcycles, as well as a rig that allows a stuntman to drive a Land Rover on top of the vehicle while Harris sits in the original driver’s seat.
The US première of the film follows on November 9. Skyfall, directed by Academy Award winner Sam Mendes, has already received rave reviews, with some calling it the best film in the series’ 50-year history. It is the 23rd entry in the Eon Productions series. 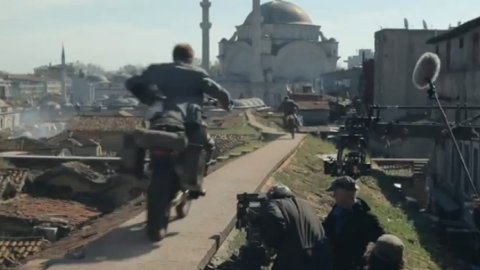