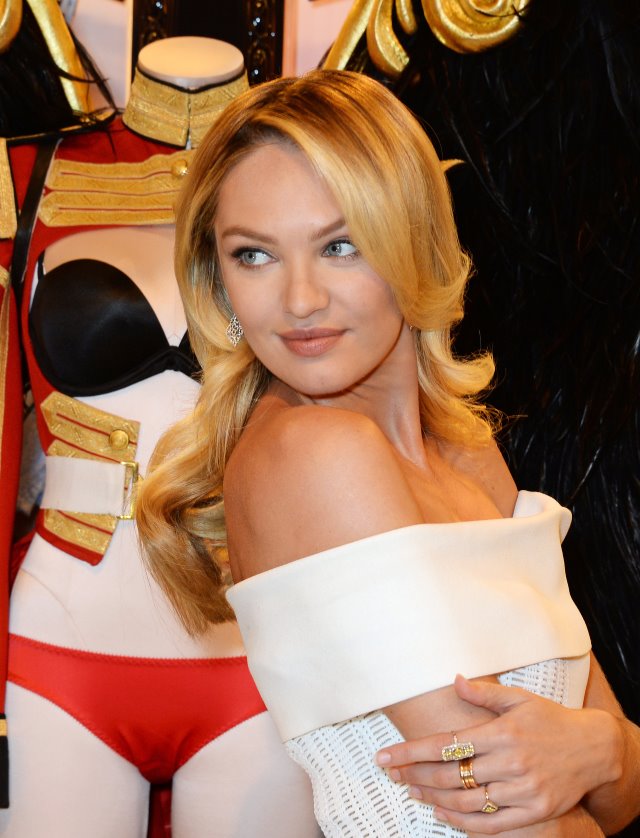 Above Candice Swanepoel was the most-searched professional model in Lucire’s online news pages this year, coming in sixth.

In 2012, Keira Knightley was the most searched-for celebrity in the news section of the Lucire website. In 2013, that honour went to HRH Princess Madeleine of Sweden, followed by Knightley and Penélope Cruz. They are, largely, what you would expect from a fashion magazine.
The 2014 rankings were a surprise when we began crunching the data before Christmas. In first place, talk show host and selfie queen (or was it talk show queen and selfie host?) Ellen DeGeneres: this year, everything from the Oscars to a homeware line meant she was on the consciousness of readers the most.
Showing you can’t keep a Doctor down, Matt Smith surprisingly leapt into second place, after showing up at Cannes post-Doctor Who. Smith has plenty of fans out there, and Whovians apparently form a good part of the internet, getting the Eleventh Doctor this unexpected honour.
Camille Cerf, the new Miss France, found herself in third place, which is not a huge surprise given that our article on the subject is the first one online. Our former cover girl, and the new Wonder Woman, Gal Gadot came in fourth, while HRH Princess Madeleine, still getting plenty of press attention, was fifth.
Candice Swanepoel, was the most searched-for professional model, finding herself in the second half of the top 10. Clémence Poésy came seventh, showing that France remains firmly on the radar when it comes to fashionistas. Rio de Janeiro-born model Camila Alves found herself in eighth place.
Honor Dillon, now Honor Carter, has plenty of admirers, and might net herself a few more with the signing of her husband Dan to a rugby club in France. The sole Kiwi in the top ten found herself in ninth spot this year. Rounding off the top ten was Mădălina Ghenea, the Romanian-born, Milano-based actress and model.
Our biggest surprise was that Lupita Nyong’o did not appear—we even called her our ‘Woman of the Year’ on our Tumblog.
Pageant news was top, since we were the first to announce both Miss France and Miss Universe New Zealand—Camille Cerf and Rachel Millns—while the Brancott Estate World of Wearable Art Awards was the third-most-read news article of 2014 here (another news outlet beat us to it, thanks to a WordPress glitch). An advertorial for the Sports Illustrated Air New Zealand safety video was fourth, which perhaps is no surprise given that the cover announcement, historically, is well read. A “proper” fashion article, on Mercedes-Benz Fashion Week New York’s fall–winter 2014–15 collections, came fifth. Matt Smith, along with Blake Lively and Ryan Reynolds, and Gemma Arterton, helped get an article from the Festival de Cannes into sixth place.
Overall, traffic for the top 10 was down due to regular Wordpress glitches that prevented some articles from being picked up properly—highlighting how online publishers can now find themselves at the mercy of software.
Hard data aside, pop over to the main part of the site where we name our news-makers of 2014—Ellen DeGeneres is in there, but there are some surprises, too.