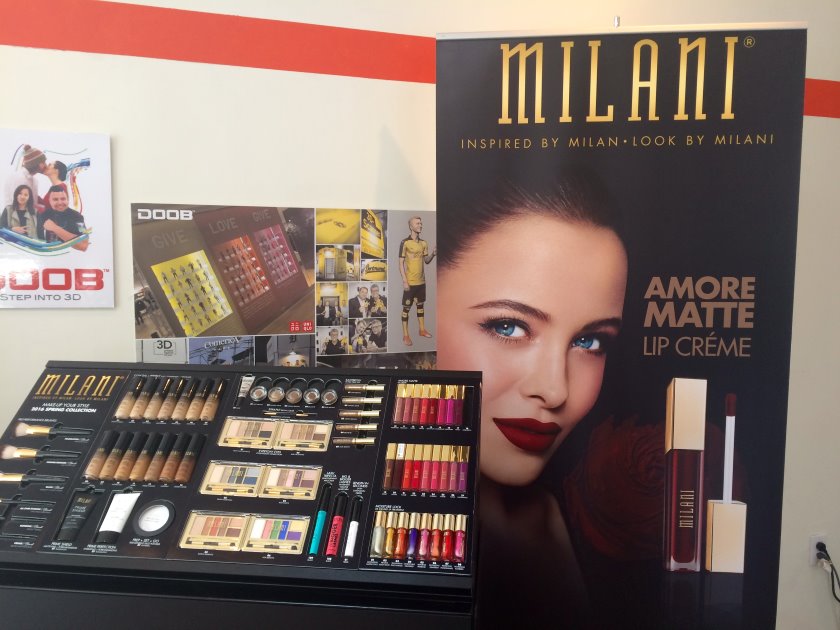 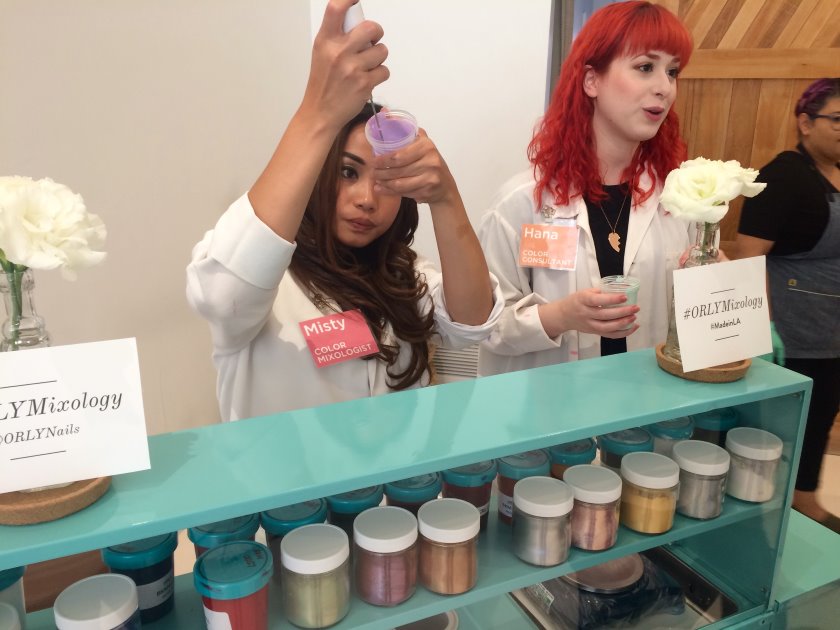 Earlier this year, Mattel released a new line of Barbie dolls with real-world bodies and skin tones. Düsseldorf firm Doob-3D (with stores in New York, LA and San Francisco) does one better by allowing people to have themselves done as a doll or action figure. The proprietary technology takes the form of a room outfitted with 360 degrees worth of cameras. Your Doppelgänger may be a bit of an investment (mine would retail for US$295), but it does build on the “teachable” moment Mattel started with its new Barbie line that all bodies are beautiful in their own way.
Of course as we all want to be our best selves, in doll or human form, Los Angeles-based Milani Cosmetics came to help local LA media get “dolled up” for the opportunity, while promoting their newest products in the process.

Tina, my make-up artist endeavoured to take 10 years off me non-surgically with a ‘strobing and contour highlighting’ technique, using Milani’s Conceal & Perfect, an oil-free foundation, using two shades and a brush to evenly distribute and mix the make-up. Next, she moved on to my eyes, using the Everyday Eyes Powder Shadow Collection eye set in the popular Nudes palette, and added extra oomph with Lash Trifecta Lengthens+Curls+Separates tube mascara with a versatile tip. As this mascara passed my stringent contact lens test, it may just end up becoming my go-to brand.
The finishing touch was a neutral shade of their new Liquid to Matte Amore Matte Lip Crème smear resistant collection. The next day, Leyla Messian and I tried out the collection prior to going out for happy hour. Our verdict is that the colours are first-rate, but the smear resistance only goes as far as the cocktails. Oils from some foods may cause the colour to smear.
Milani’s other new add-on are its line of nourishing Meta Matte Lusters, which are comparable to the lip oils Clarins rolled out last year (which Jody Miller and I tried out their Orange County event). It’s a very appealing lip treat with a slight tint and a lower price—and it’s vegan, too!
Orly, a Los Angeles nail products company sold in pharmacies and beauty supply stores, took its act to the beachy, upscale nail salon Olive & June in Beverly Hills. Press got some “hands-on” TLC after a pair of colour “mixologists” created a custom-blended hue. I was looking for the perfect red, and got their version of it in a poppy shade I called ‘Fresh Watermelon’. Perhaps I was inspired by a party earlier in the week at Le Pain Quotidien’s West Hollywood’s flagship restaurant. The chain rolled out its vegan and vegetarian summer menu with Juicero, and fresh watermelon juice coolers were served to wash down all that flavourful goodness.—Elyse Glickman, US West Coast Editor 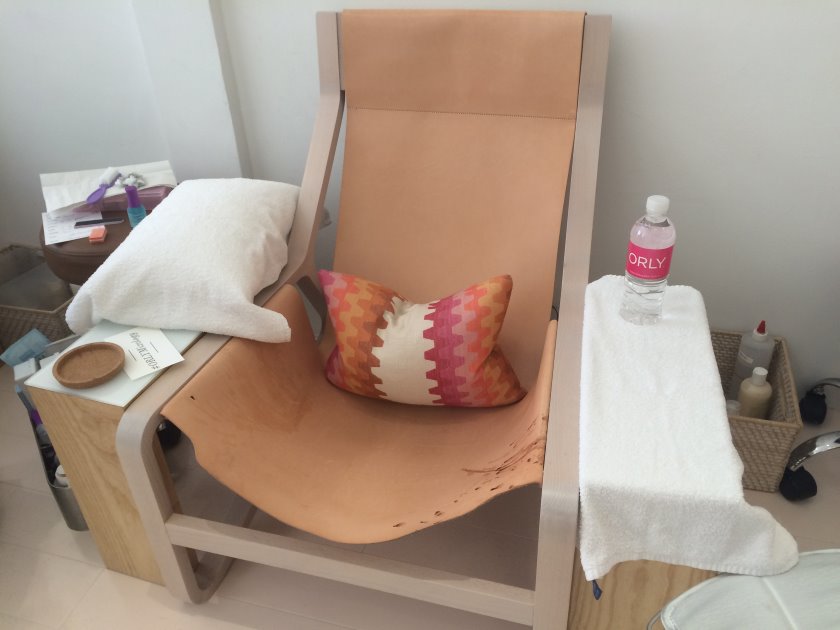 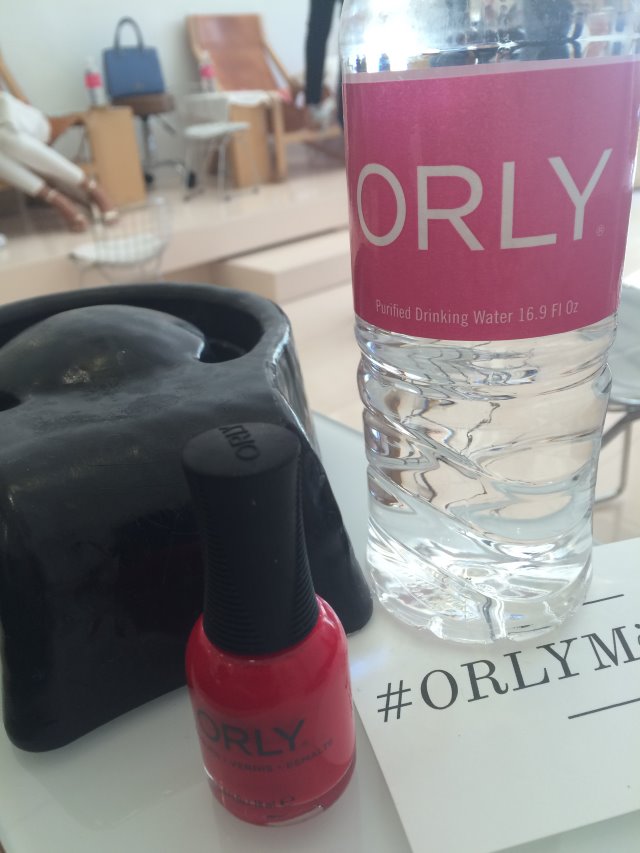 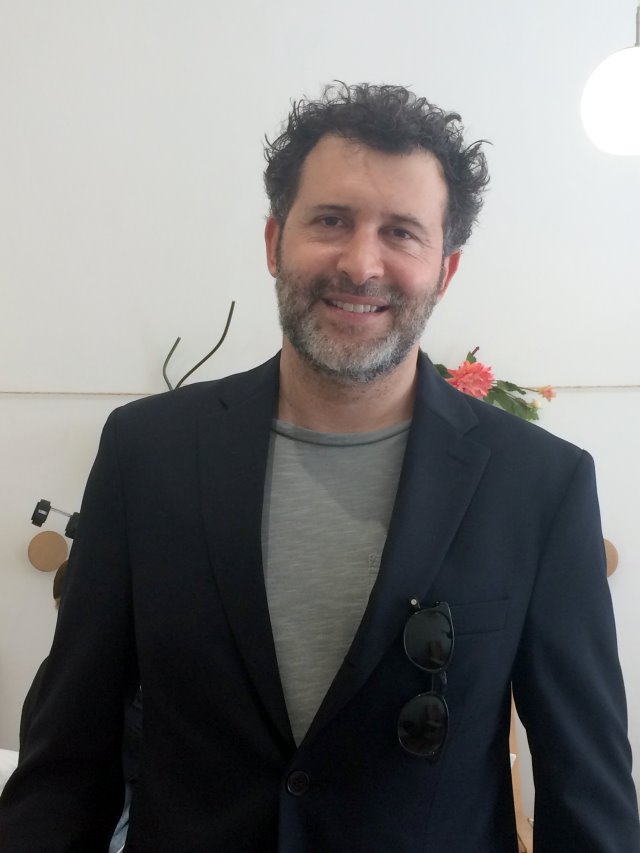 Above: Orly’s Olive & June event, with the son of founder Jeff Pink present. Below: Nibbles from Le Pain Quotidien.