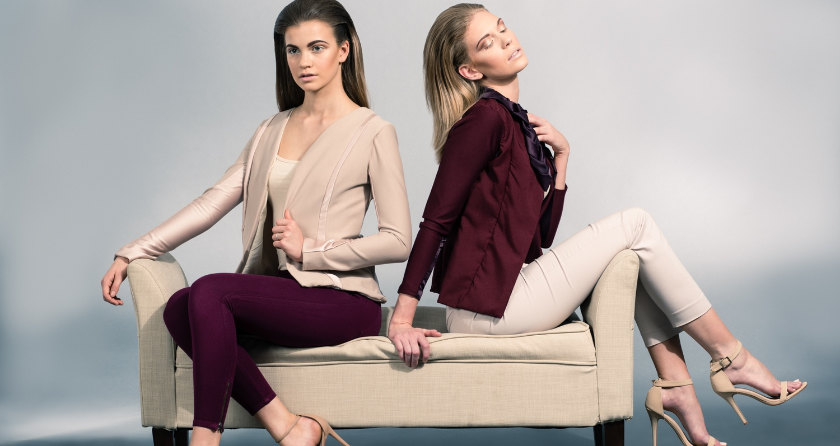 Above: From Von Sorella’s autumn–winter 2018–19 collection, one which you won’t see on influencer accounts, at least not with the company’s support.

Those who have opted for the digital version of Lucire’s latest print issue may have read ‘The fall of the influencer’, bookending a story we did many years ago on the rise of the influencer. Back then, we were ahead of the curve. We may be again.

While influencers are still being sought after by some companies, and invited to events, there are trends already pointing to a diminishing power, especially as their industry becomes more crowded, and as platforms such as Facebook fall out of favour, with negative audience growth in the US. And now Maison von Sorella, a Parisian label headed by Priscilla von Sorella, has made a public stand against them: too late for the print issue, but certainly worthy of note here.
Maison von Sorella’s release reads, ‘the label has officially made the executive and conclusive decision to relinquish any interest in collaborations and partnerships with fashion, lifestyle, and travel bloggers and influencers.’
Priscilla von Sorella herself says, ‘From a personal standpoint, I unfollowed over 400 major fashion and lifestyle influencers (all with a following ranging from 150,000 to 1·3 million). I can truthfully say I am comfortable in my decision to do so. While their content is æsthetically pleasing, it is important to question: what are they portraying? How do they contribute to the brand and industry as a whole, while not providing an exceptional service that is critical to the completion of a collection? How effective are their conversions to sales? Do they truly connect to the raw consumer market?’
The last two are among the questions Lucire asked in issue 38, and we wonder whether von Sorella might kick off a greater movement, especially surrounding marketing authenticity. She also states, ‘While I highly respect anyone trying to start their own business and start their own personal brand, I am not prepared to support individuals who capitalize off of portraying a lifestyle while using items I work hard to create and design.’
Von Sorella has hashtagged her push against influencers with #NoMoreFreeFashion.
Lucire doesn’t take a stand either way—our business is to report—but the conversation is worth having, which is why it was our lead feature in issue 38. In 2018, what are the pros and cons? There are, as we highlighted, very respectable bloggers such as Stylebubble’s Susie Lau, whose hard work we hope will go on. However, there are also plenty of social media posters whose audience might not be the ones companies seek, in it for the freebies and making a living off blogging, and to heck with authenticity. Targeting in social media, especially Instagram, can be notoriously difficult to do, making them akin to a one-to-many mass broadcast medium, rather than the personalized, one-to-one conversation their creators originally promised.
Hopping on to the influencer bandwagon for the sake of doing so does a brand no favours, and von Sorella may be one of the first designers to point out that the emperor has no clothes.