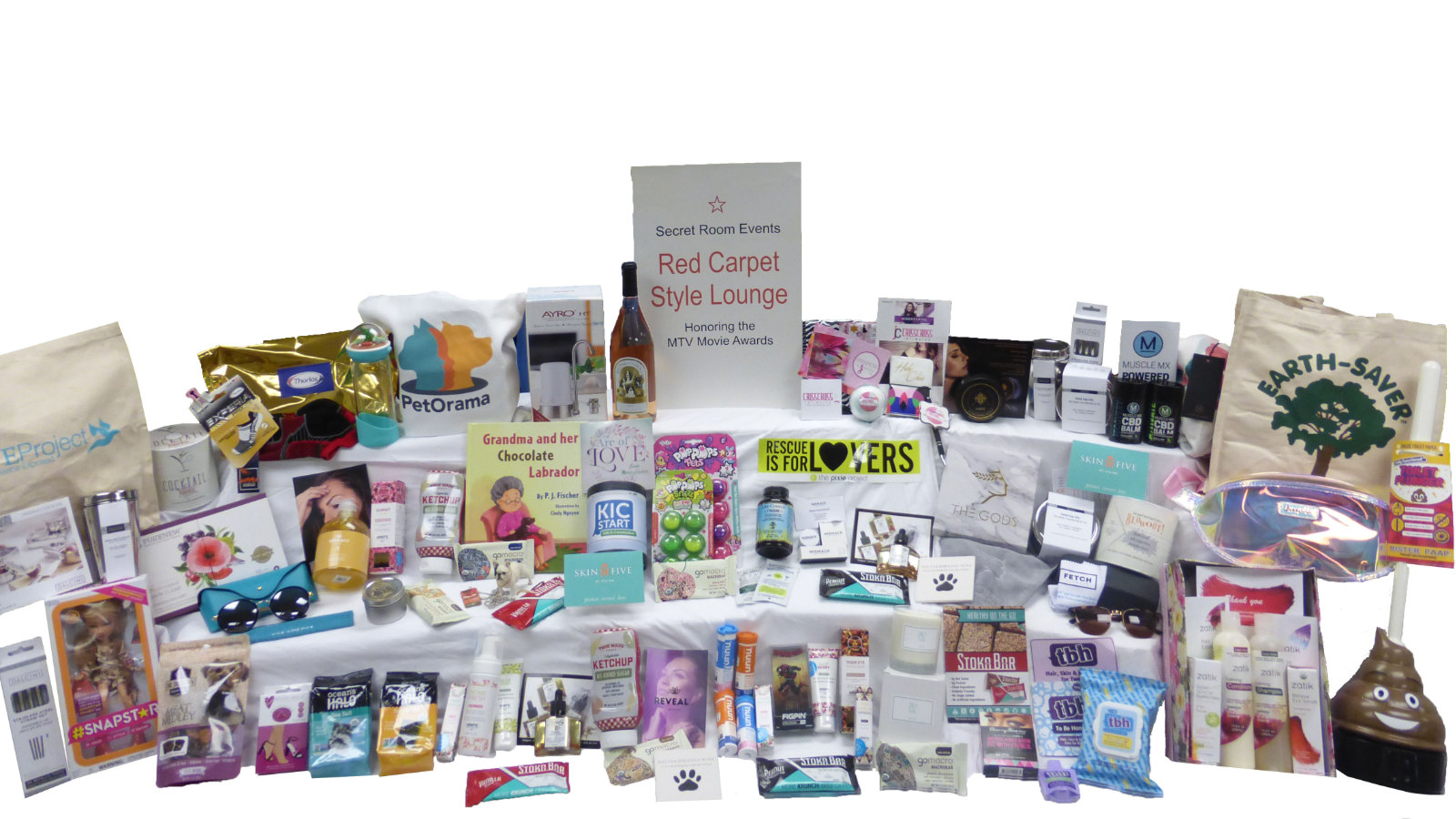 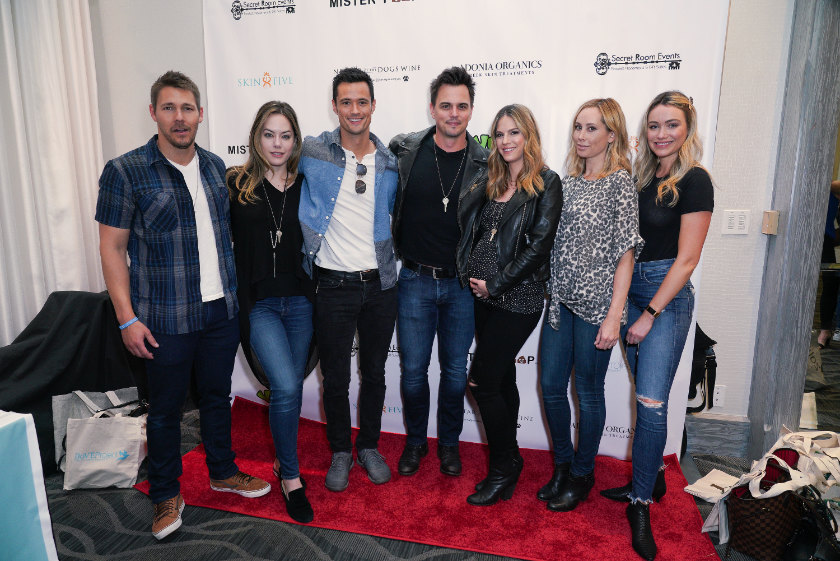 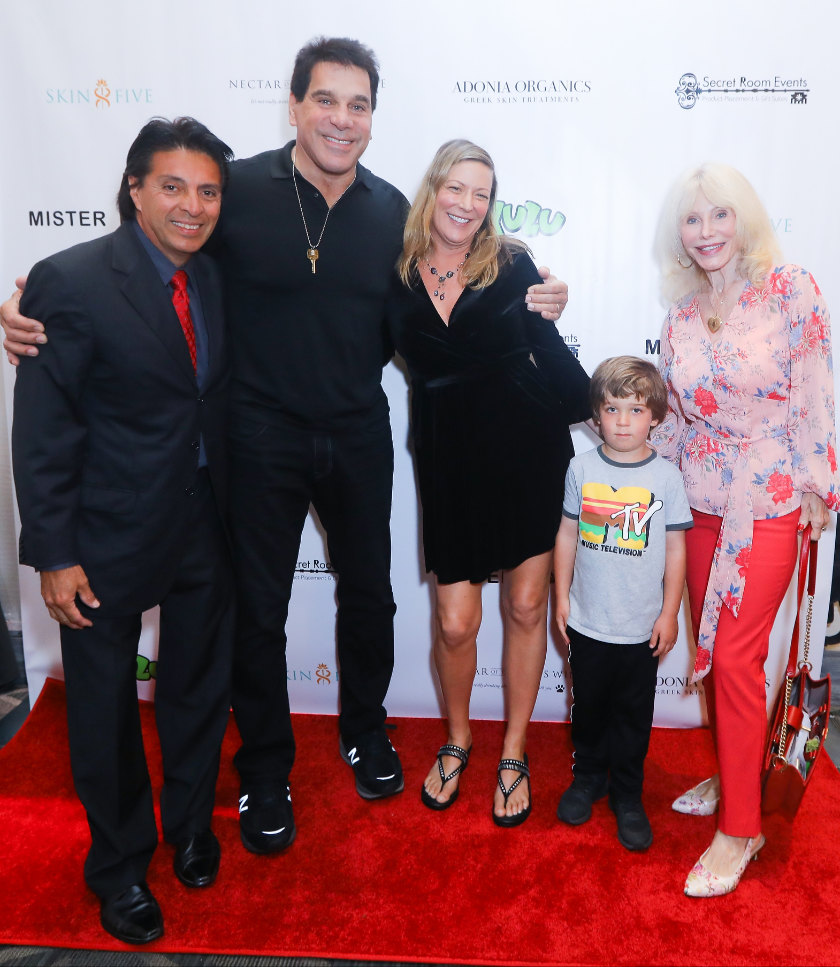 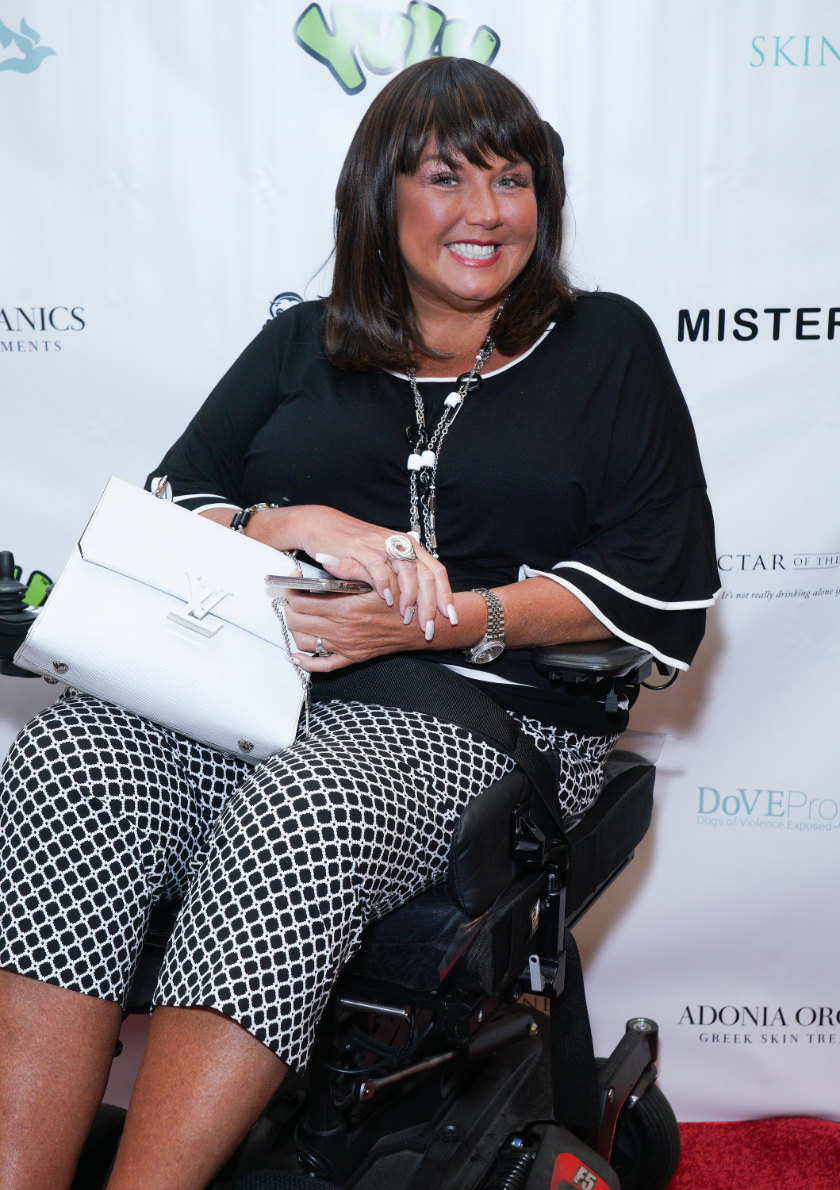 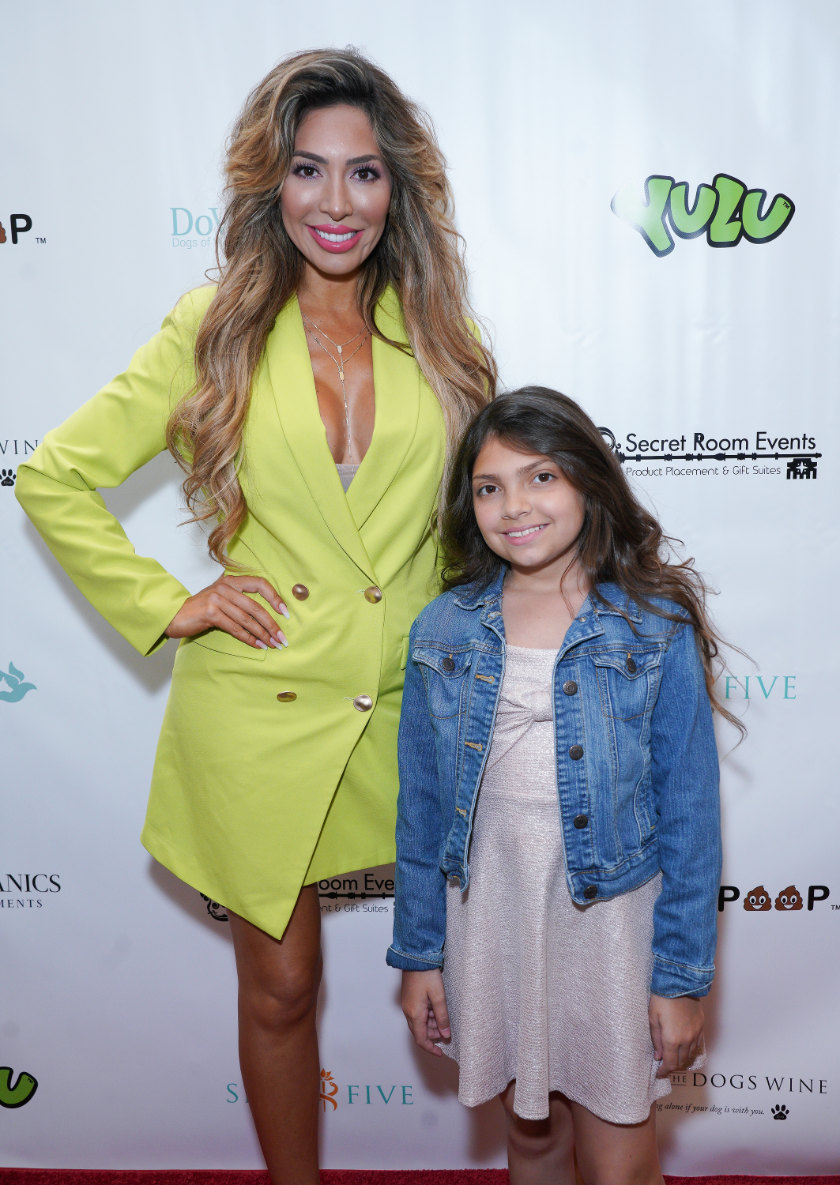 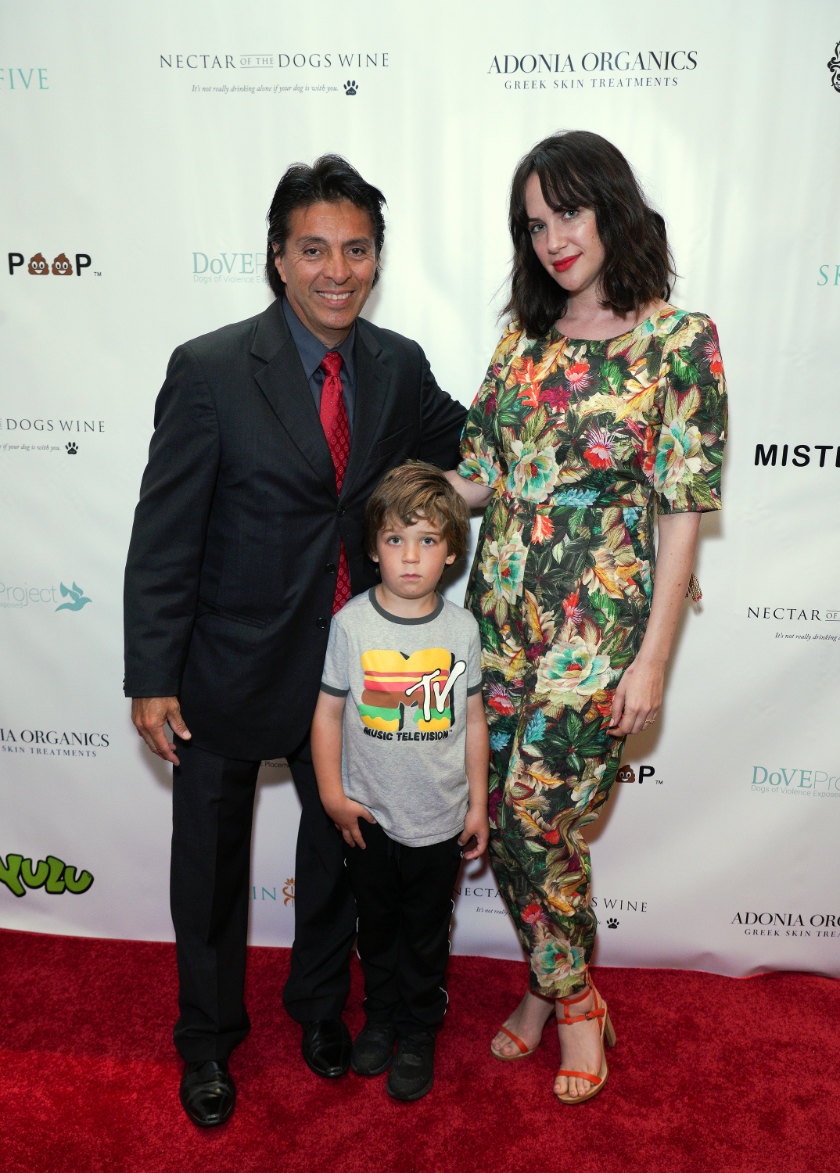 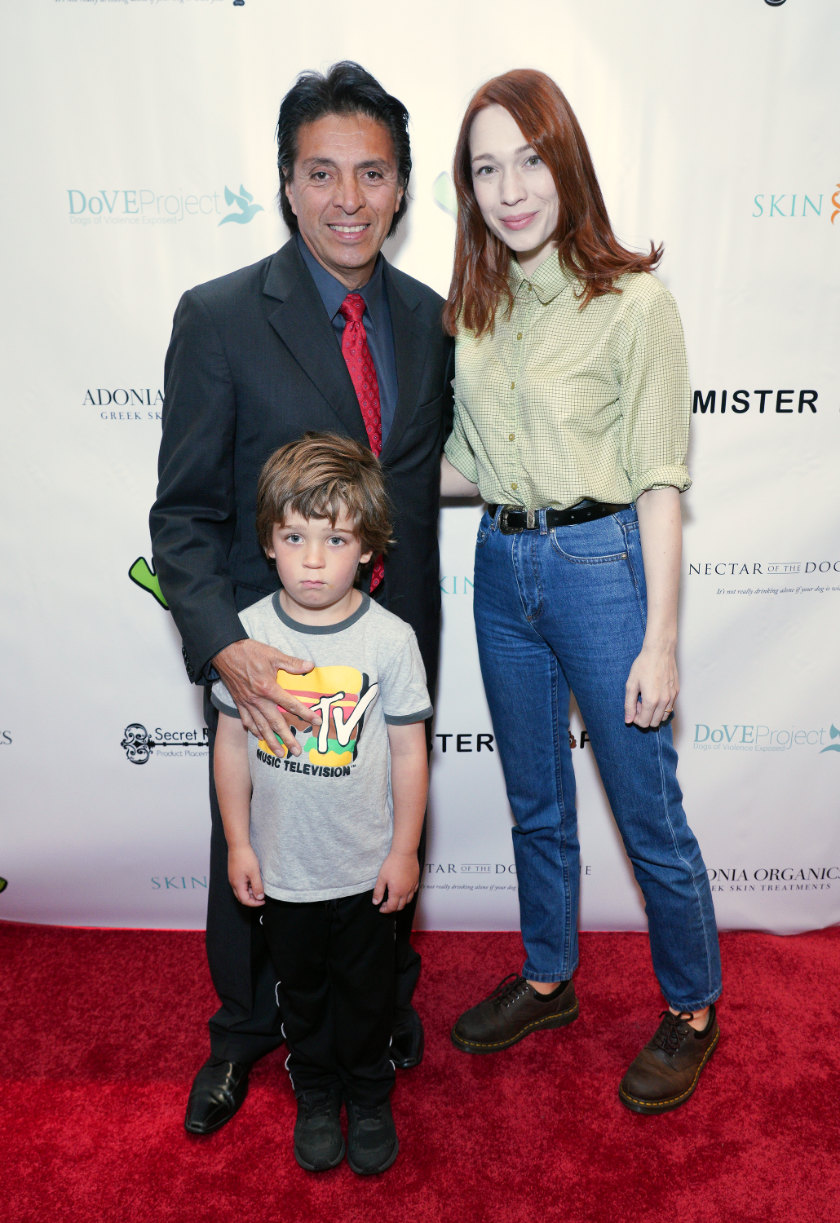 Any carbon-based life form knows that popular culture was supercharged with the presence of superheroes and sci-fi happenings in cinemas, on television, and online. The past 12 months also happened to be a time when the productions were high in quality, character development, and storylines. Case in point: Spiderman: Into the Spiderverse, Shazam! (no relation to the TV show with Philip Schofield), and Avengers: Endgame (no relation to the TV show with Patrick Macnee). Real-life heroes also made the cut, fighting racism in the amazing BlacKkKlansman or arena rock heroes fighting personal demons in Bohemian Rhapsody. It’s probably no accident that the affable Zachary Levi, star of Shazam!, was taking on the hosting duties of one of the wildest award shows around.
The pre-show event, however, rolled out its own line-up of impressive heroes focused on life-saving activities. Guests could see the success of efforts by DoVE, or Dogs of Violence Exposed first-hand, and end up being moved to tears in the process. A handful of adorable rescues—the real stars of the event—were poised to find their forever homes after a long journey from the brink. The non-profit organization is pushing for the end of the dog-meat trade (DMT) in Asia by raising awareness about the barbaric nature of the practice, lobbying local officials to change laws, move the dogs and puppies out of inhumane conditions, and creating other sustainable means.
As guests admired DoVE’s rescue ambassadors, they could also sip wines from Simi Valley, Calif.-based Nectar of the Dogs Wine, and how could one refuse, even at 11 a.m. with a tagline that reads, ‘It’s not drinking alone if your dog is with you’? However, founders Melanie Garibay and Donna Graves are doing more than celebrating the life of their canine companions, given a portion of their proceeds go to SPCALA, Barkparty, the Amanda Foundation, Tony LaRussa’s Animal Rescue Foundation, Guide Dogs of America, and other organizations.
Some VIPs were lucky to dig up a pair of Fetch Eyewear shades in their bags. If they provide incentive to buy others, that’s what founder Ann Sacks is hoping for. The idea was hatched by Sacks shortly after losing a pricey pair of reading glasses days after buying them. The idea of throwing money away on a replacement made her think about where the money was going in the first place. From there, she realized she could design quality, on-trend prescription frames, sunglasses, and readers for indoor and outdoor use at fair prices and then dedicating the profits to animal rescue. Her pledging the profits to charity has won her a prestigious place on the advisory board of the Paul Newman Foundation.
Pet-o-Rama, meanwhile, is in the business of creating lifelike touchstones—resin statues of dogs that do not skimp on details. Custom statues and figurines can be ordered, and cat lovers can rest assured feline figurines will be available from the company in the future.
Jewellery designer Kate Mesta created the special ‘Secret Room’ medallions replacing the usual plastic lanyards for the event. Unlike the usual disposable access passes, these one-of-a-kind, hand-forged pendants from Mesta’s Laguna Beach studio are meant to be enjoyed and worn with pride after the awards’ events, with future purchases of pieces supporting the Spera Foundation, dedicated to creating ‘heart-safe neighbourhoods’ in the US and elsewhere via sponsoring group-CPR and AED certification along with the purchase and distribution of publicly accessible AEDs in neighbourhoods across America.
Veteran-owned True Made Foods, which recently rolled out a covetable ‘Veracha’ sauce in limited areas of the US, is the brainchild of Abe Kamarck, who found an ingenious way to transform ketchup and barbecue sauce from wasted, empty calories into superfoods by replacing added sugar and corn syrup with the natural sweeteners found in tomatoes, butternut squash, carrots and spinach. Also on the home (goods) front, Toronto-based Dalcini Stainless showcased its line of sustainable, reusable stainless steel pieces on the eve of Canada rolling out a gradual national ban of plastic one-use cutlery and plates, and Crown Goose tempted guests with its collection of sumptuous sheets sets in natural hues that look good and make the users feel even better after a good night’s sleep.
There was also a fleet of ethically produced beauty and wellness products, including Secret Room veterans Zatik Body Essentials (offering a superior face sunscreen), Pure Trim, Greek Island Labs, Mismack Canadian Clean Cosmetics, Nani cocoa butter products from Poland, Reveal U Skincare’s multi-purpose body gel, Zenni Optical, Sticky Heelz, and pain relievers by Muscle MX Powered by CBD. If there was beautification assistance needed from an outside source, Secret Room had that covered as well, with Skin Five by Ava MD offering consults on non-invasive procedures (such as the new Emsculpt for abs and bottoms) and service gift cards for VIPs.
Those who wanted a memento of the hero-filled weekend could pick up a Figpin (styled FiGPiN), designed with a backing that could make it a fashion accessory and a displayable action figure. Dads and Moms wanting to be heroes to their daughters could bring home a Snapstar doll. The line is revolutionary as it not only taps in to smartphone technology, but also has multi-cultural “squad” of characters who look closer in age to the girls who will be playing with them.—Elyse Glickman, US West Coast Editor 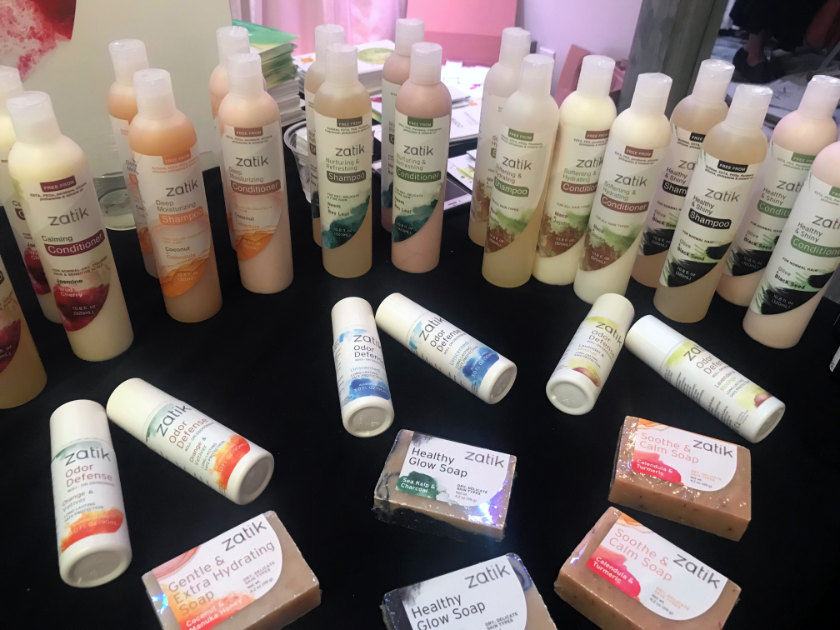 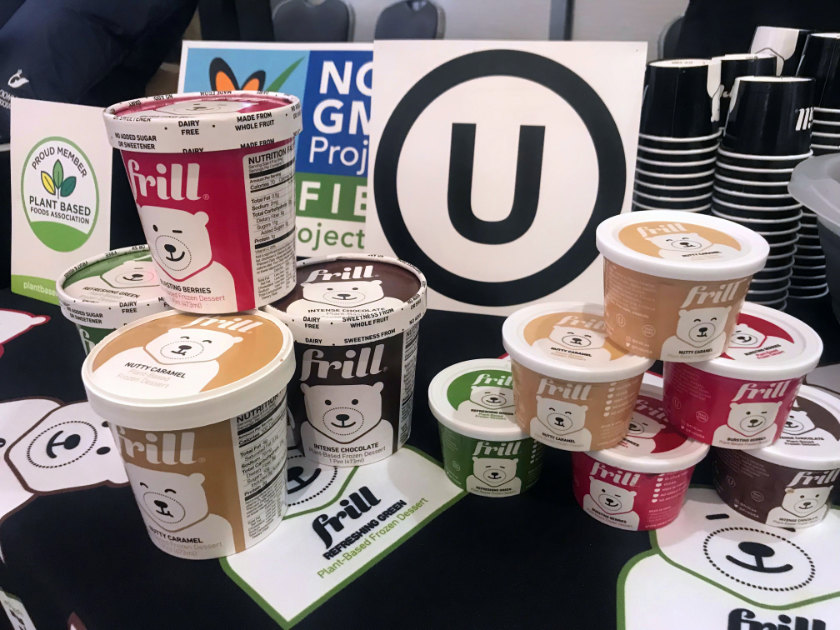 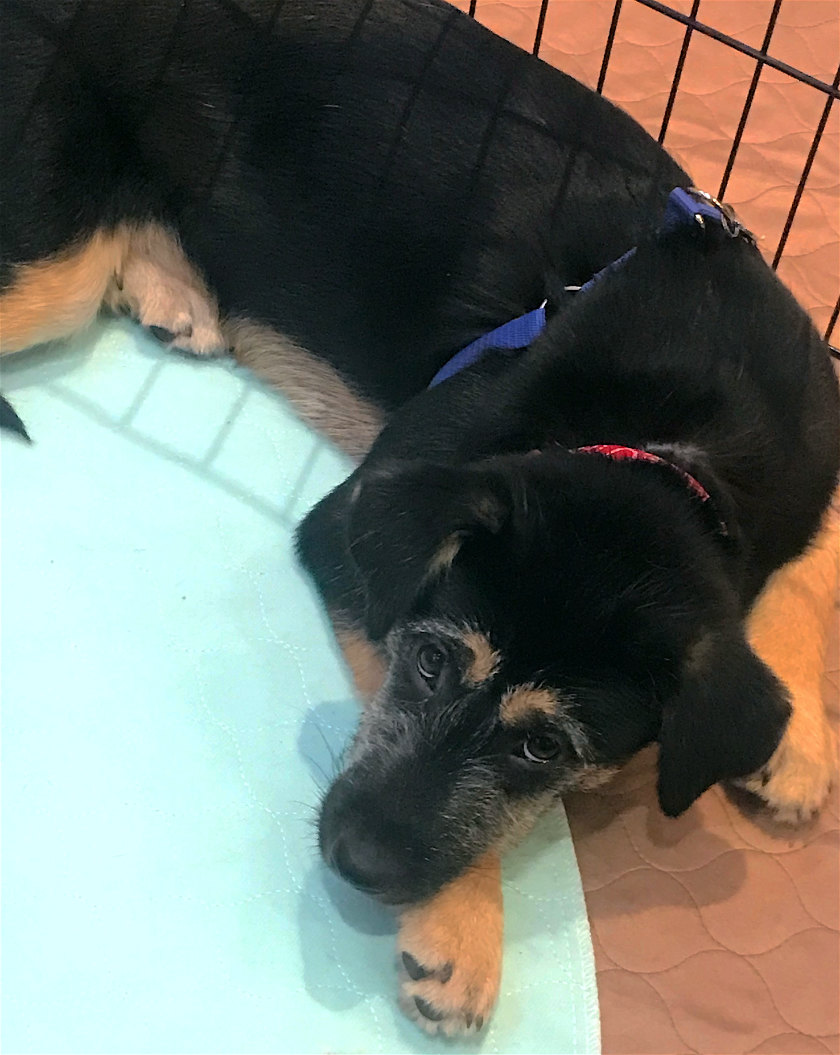 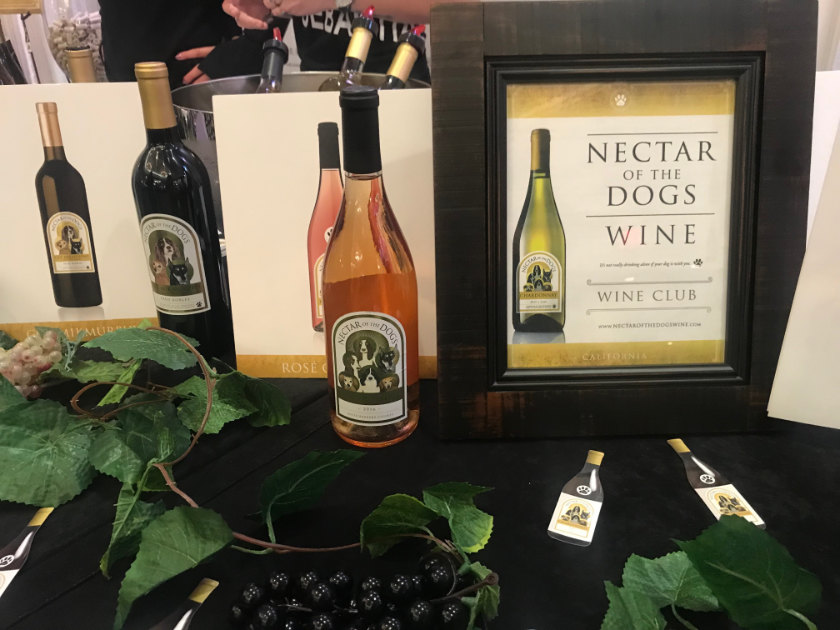 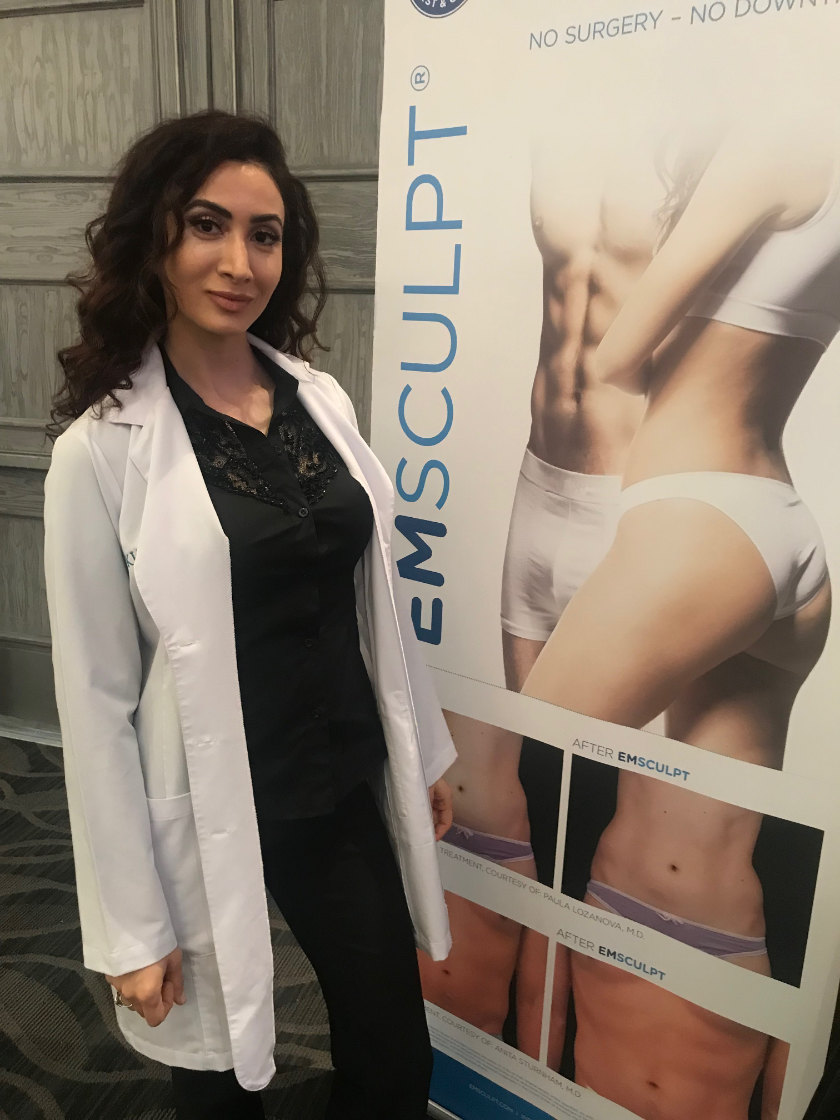 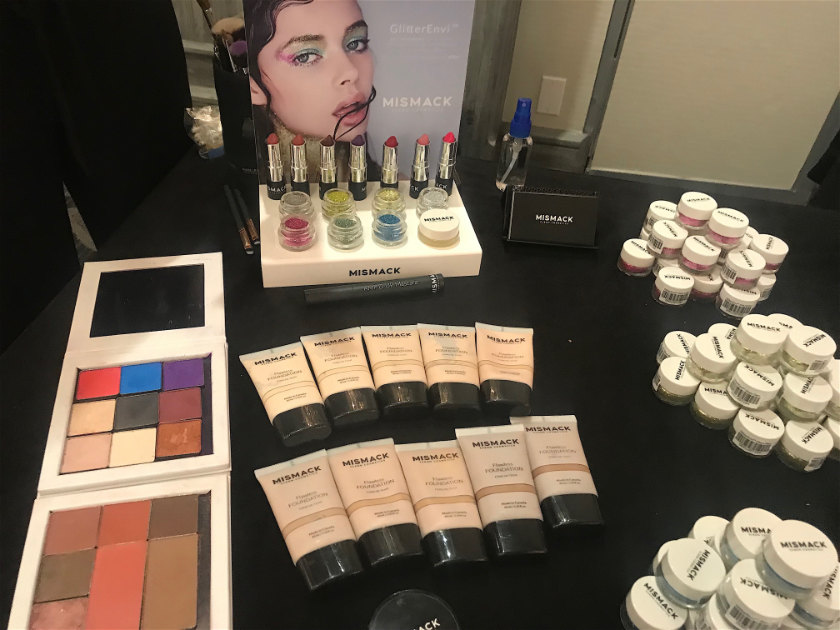 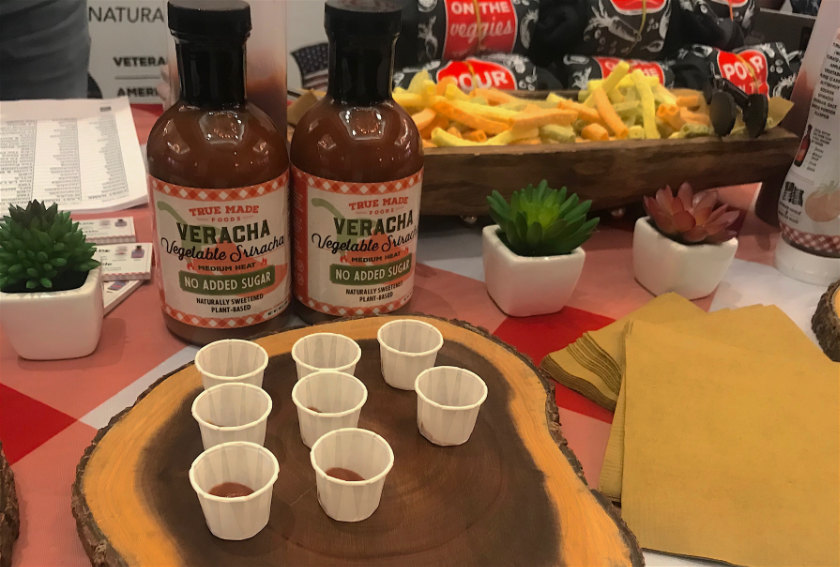 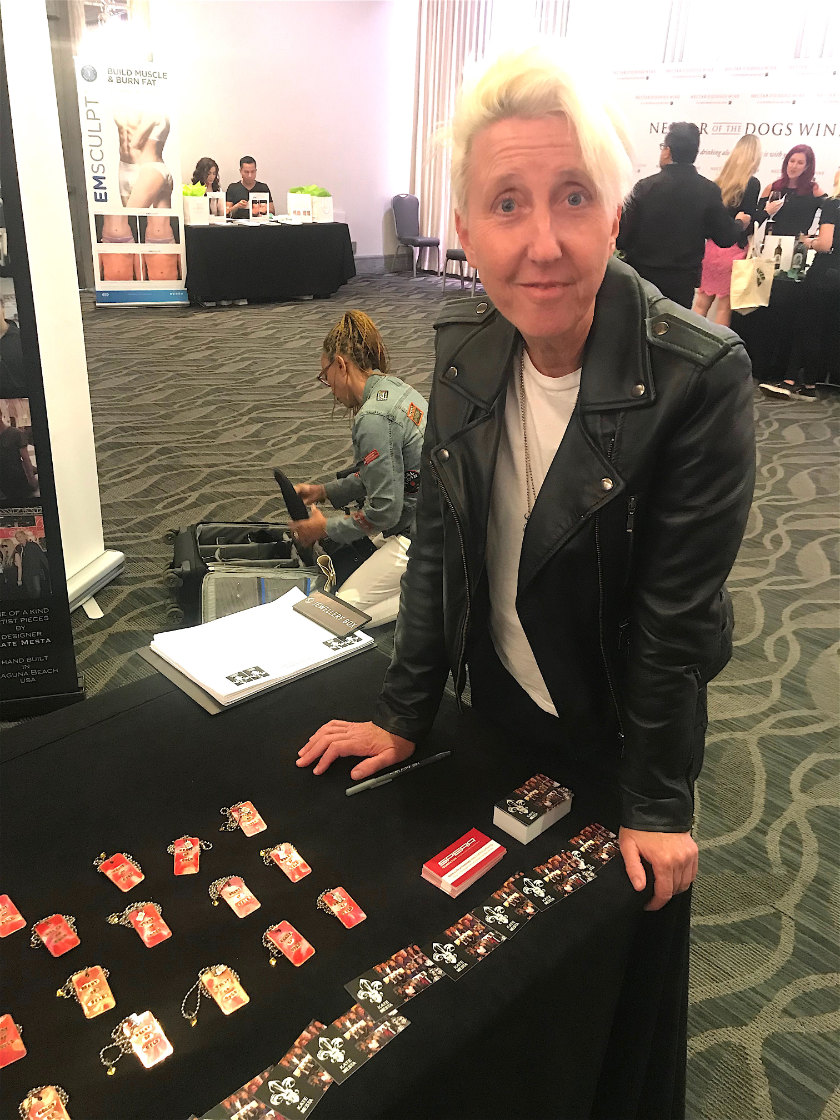 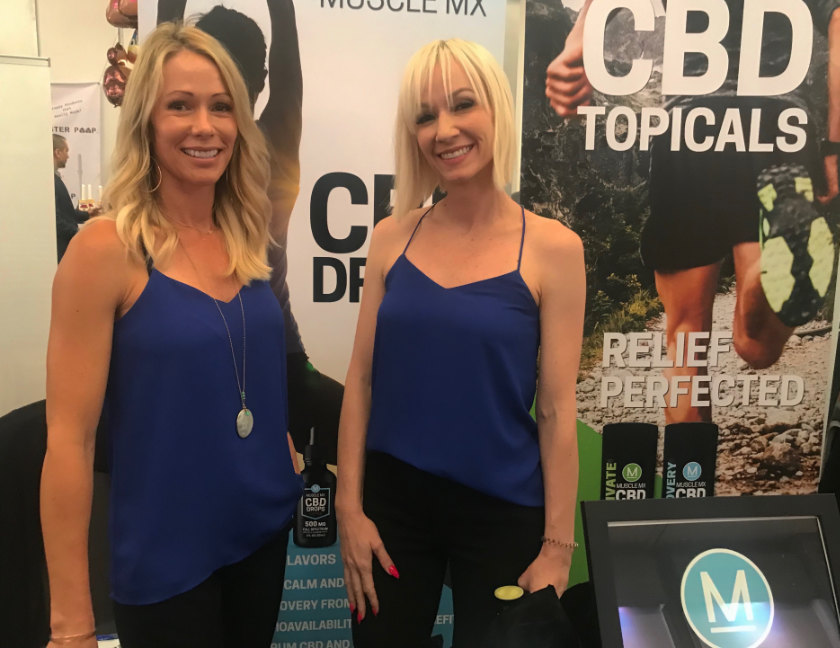 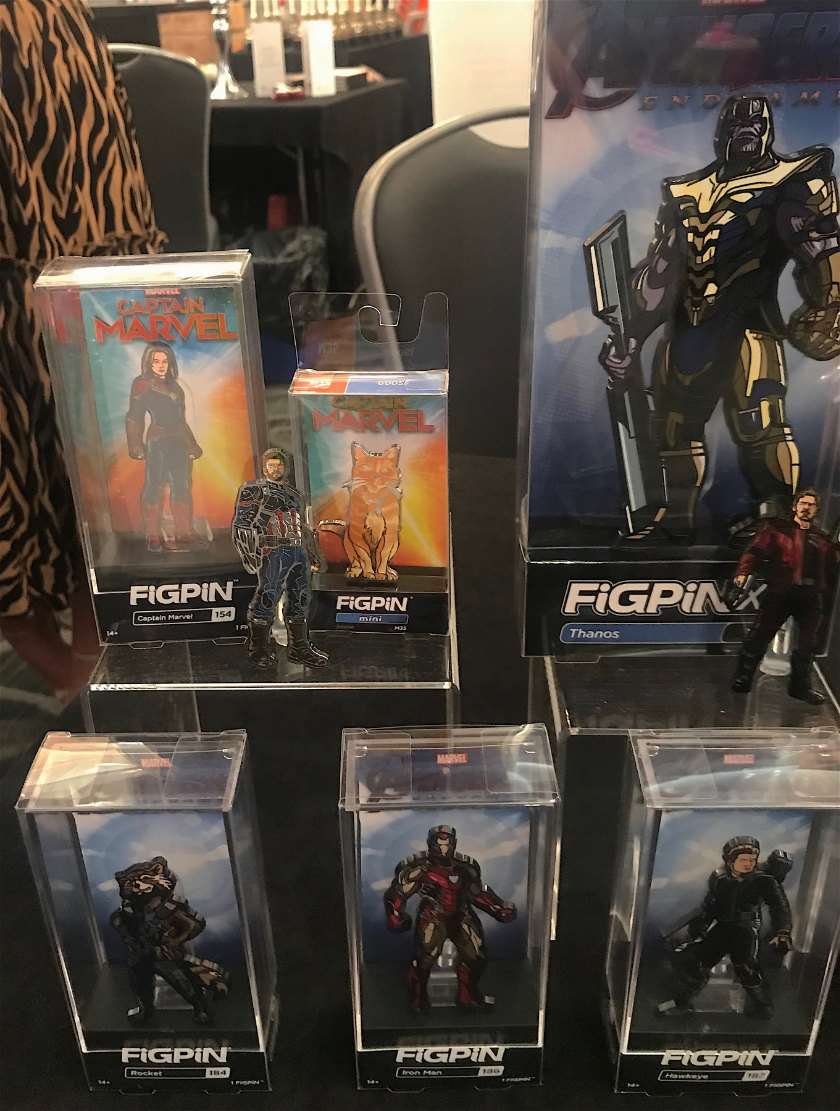 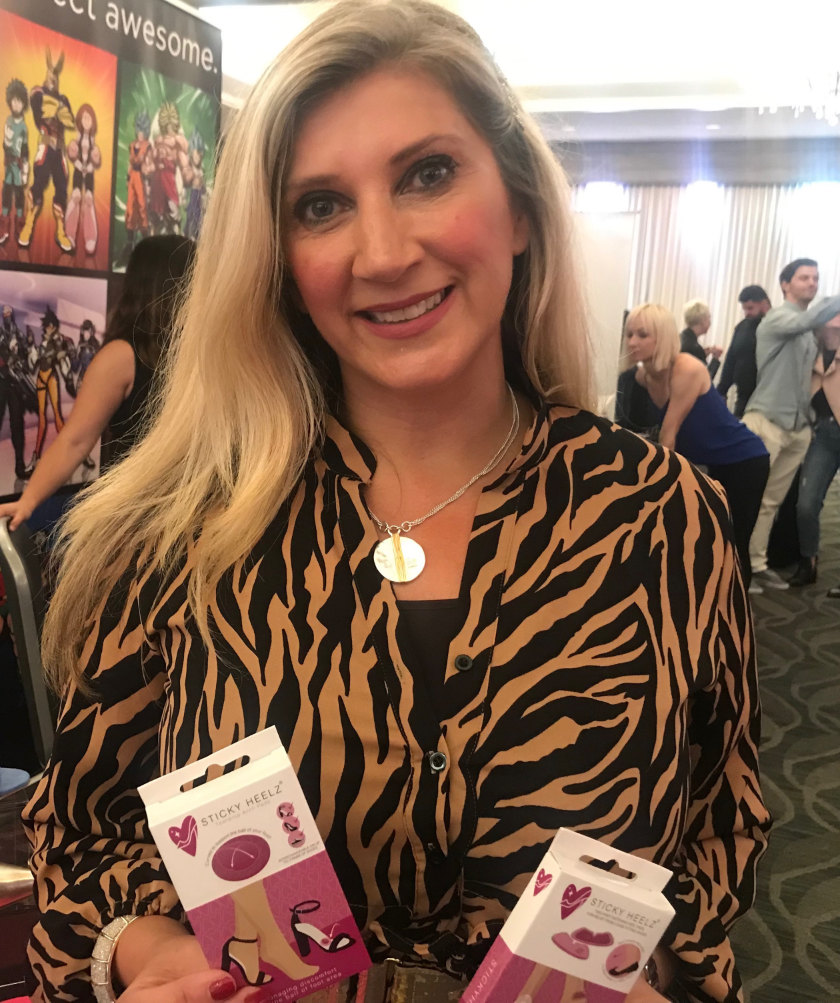 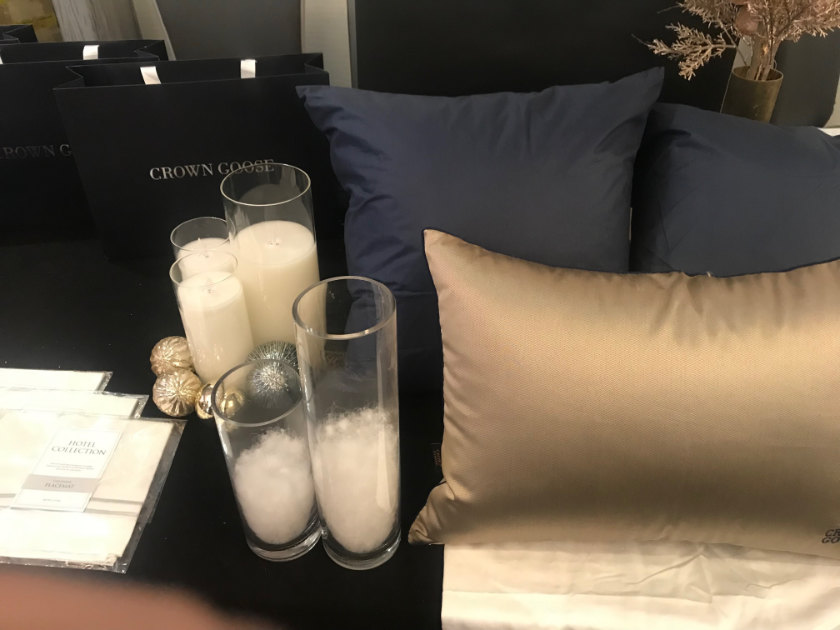 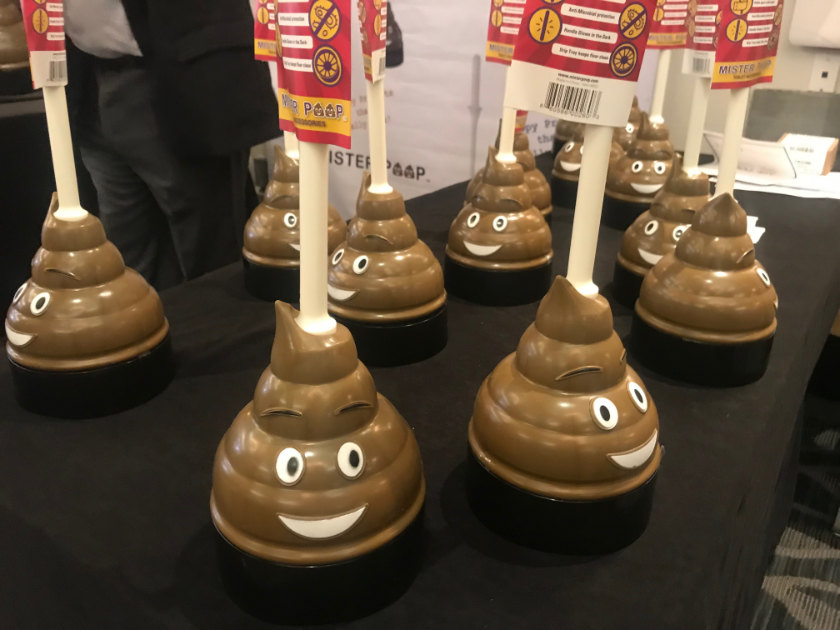 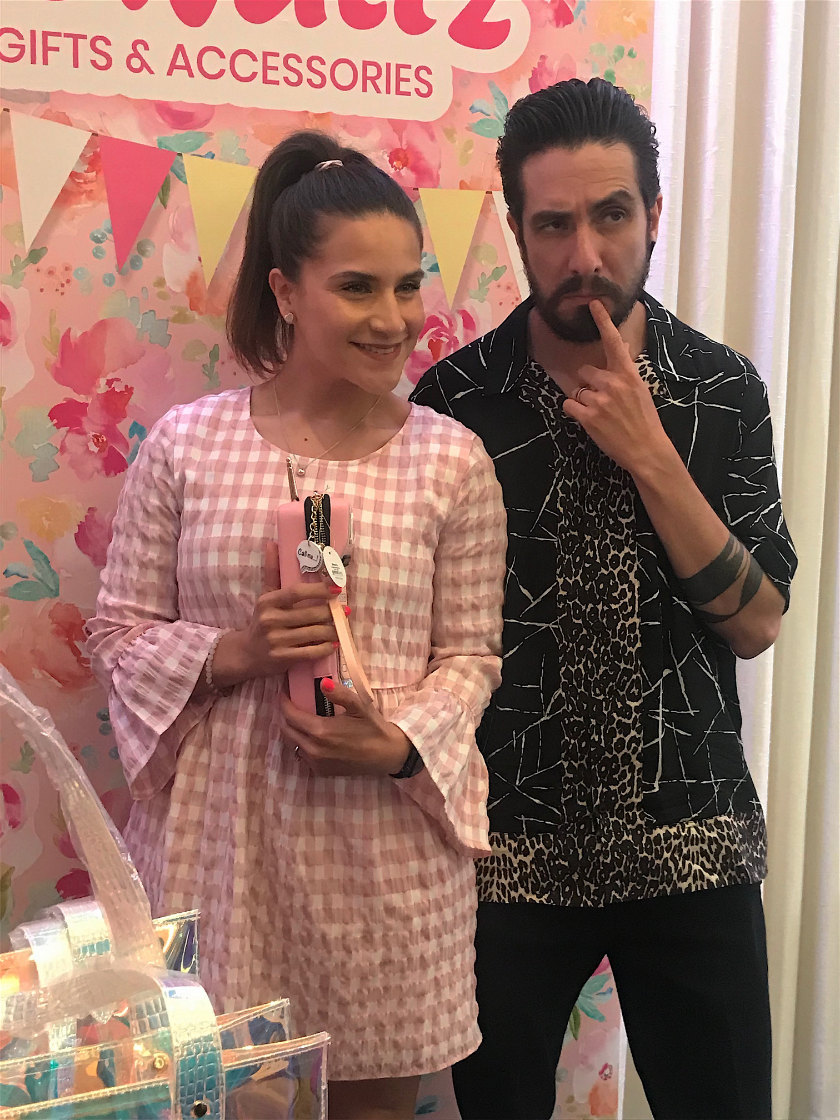 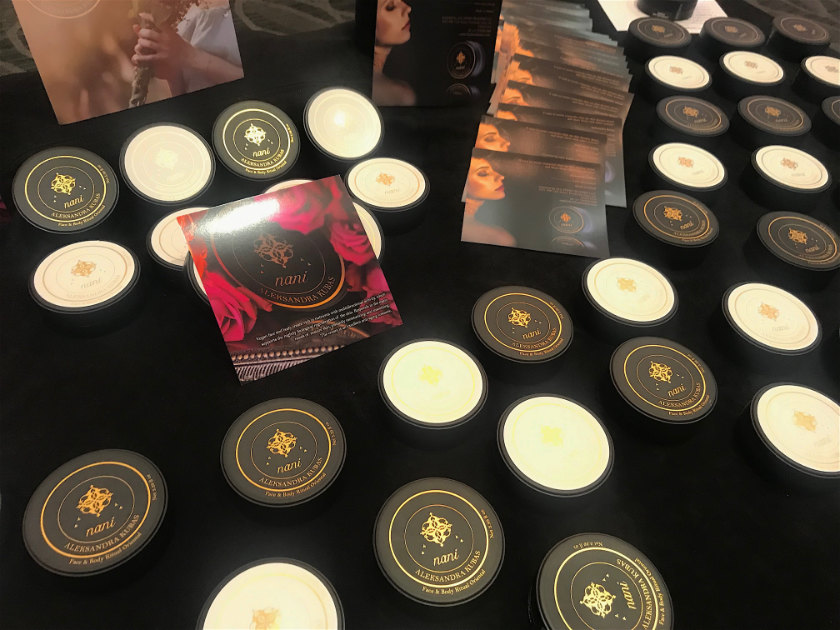 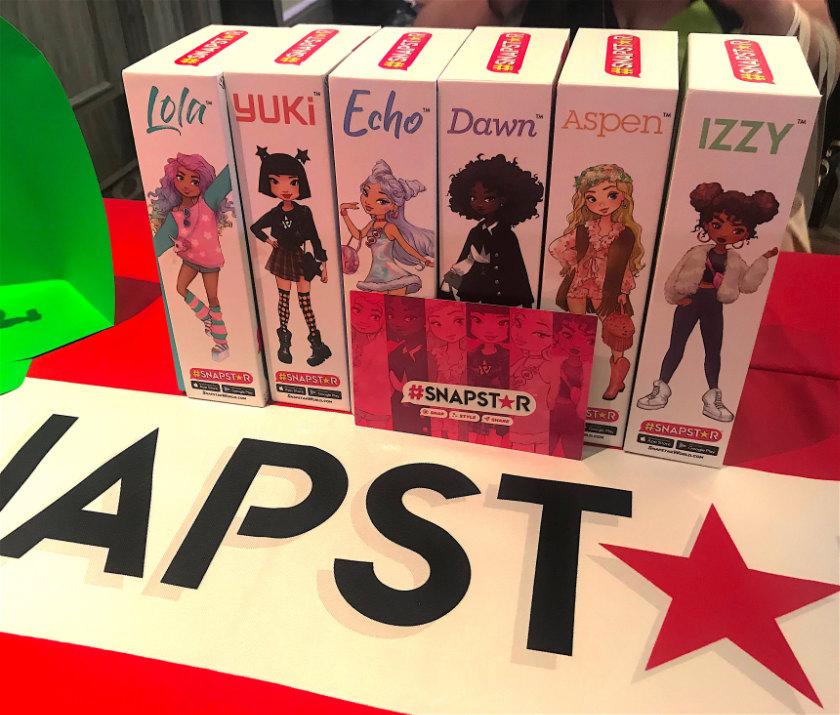 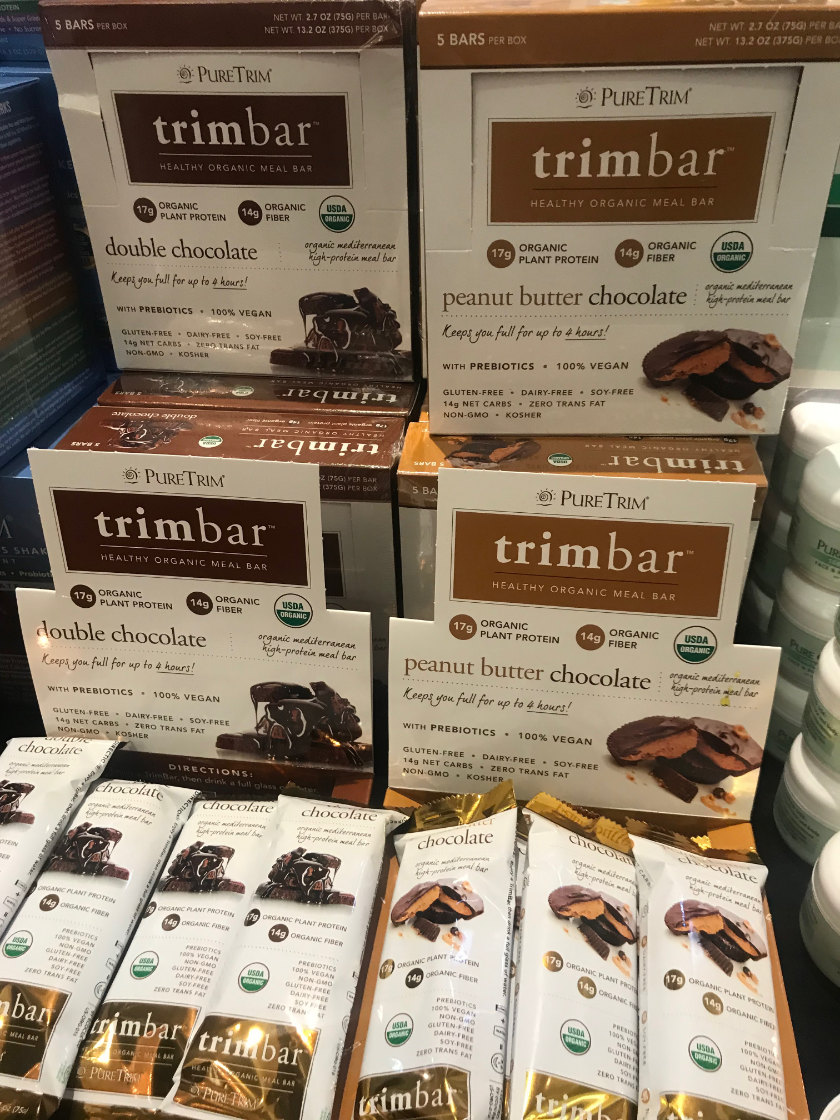 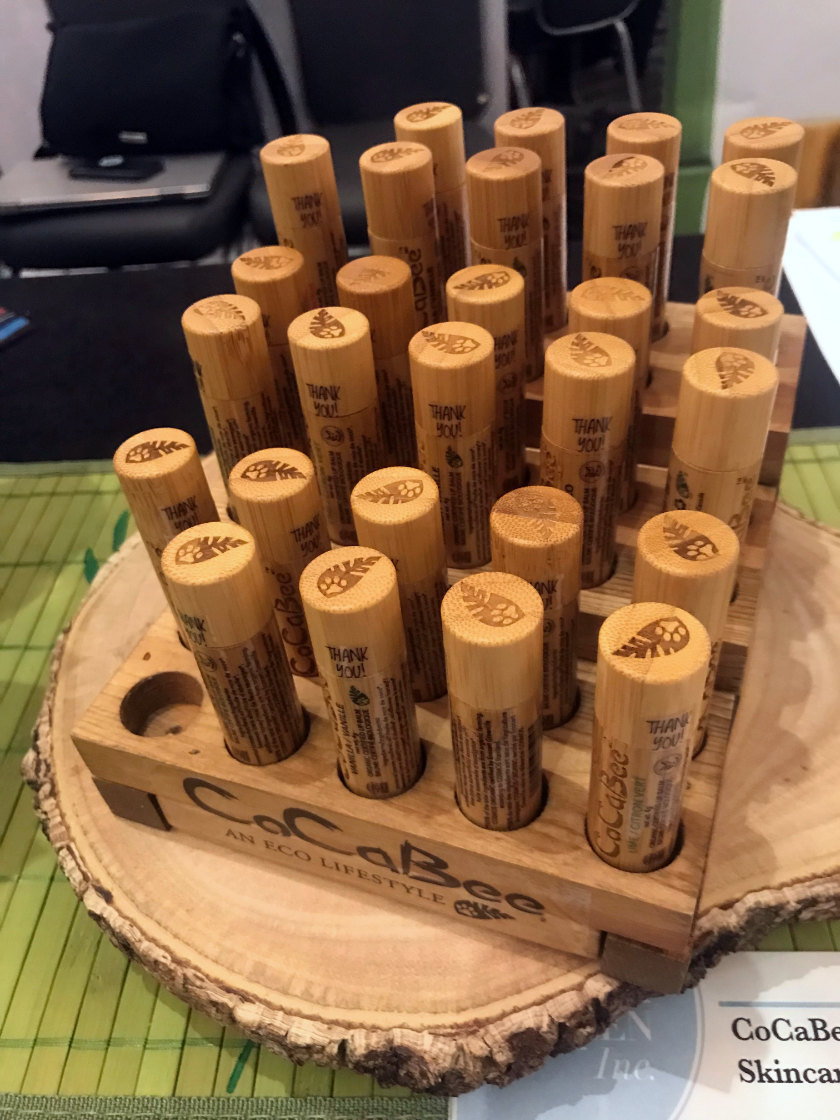 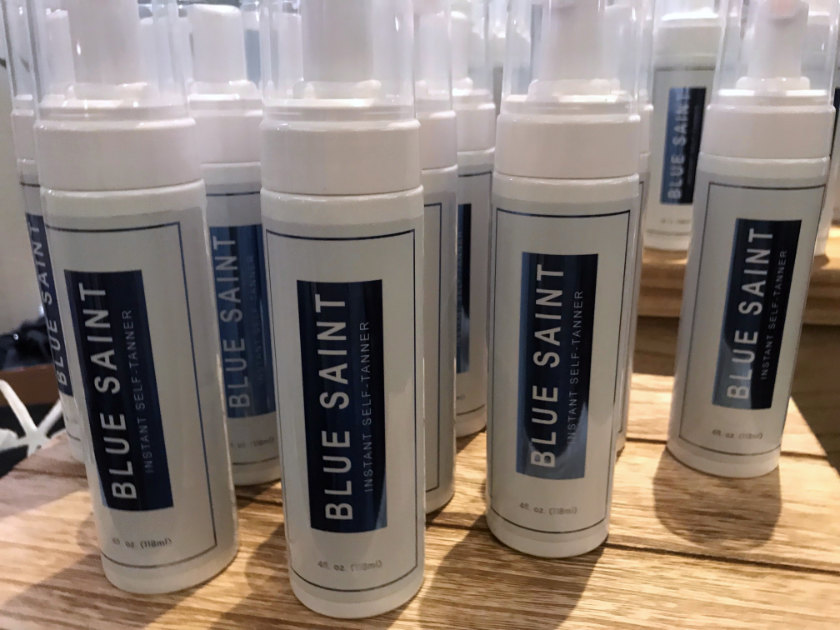