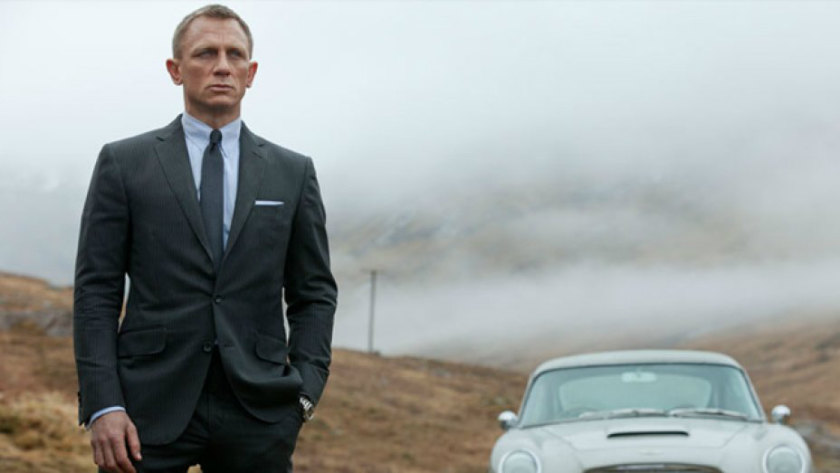 As far as James Bond scores go, I don’t regard Thomas Newman’s one for Skyfall to be a classic. It has some decent cues—the Shanghai ones of ‘Brave New World’ and ‘Shanghai Drive’ come to mind—but for those of us raised on the music of John Barry, which you can listen to independently of his films, I wasn’t in a hurry to get the soundtrack album. Come to think of it, I never did, for either Newman score.
But there’s always the “third film” theory when it comes to Bond: that the third outing is usually regarded as the best for the particular actor. Sean Connery and Bondmania were at their peak in Goldfinger; arguably Roger Moore’s best was The Spy Who Loved Me. Pierce Brosnan saw everything come together in The World Is Not Enough. Looking at the box office receipts as well as bums on seats, Daniel Craig’s “all time high” may well have been Skyfall, buoyed by a renewed Bondmania as the cinematic series celebrated its half-century. It was helped, too, by Craig’s appearance as Bond in an Olympic sketch filmed with HM the Queen (below).
Therefore, it’s not a bad pick for modern Bond audiences to revisit, and that’s what the Melbourne Symphony Orchestra is counting on when it performs the Newman score live at the Arts’ Centre Melbourne next April, coinciding with the release of Eon Productions’ still-unnamed 25th Bond film, directed by Cary Fukunaga (True Detective) and starring Daniel Craig for what is believed to be the last time.
Skyfall’s score did win a BAFTA, and had an Academy Award nomination (the second in the series’ history; the first being Marvin Hamlisch’s 1977 Bond score for The Spy Who Loved Me), so what do I know?
Skyfall in Concert, conducted by Nicholas Buc, takes place on April 3 and 4 at Hamer Hall, with a running time of two hours 50 minutes, with a 20-minute interval. Fans are encouraged to book now.—Jack Yan, Publisher