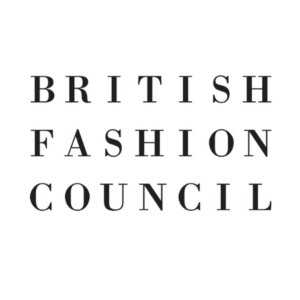 While British politicians continue to argue over Brexit, the British Fashion Council has warned of the dangers of a no-deal Brexit, in what this title believes is its first statement on the UK leaving the European Union.
While some who voted to leave are happy to do so at any cost, saying that the vote was a simple binary one, politicians such as Michael Gove, one of the major supporters of the leave campaign, have said that no one ‘voted to leave without a deal’—even if the current government is potentially pursuing just that.
The BFC’s warnings may well fall on deaf ears in the UK government, as have statements from the motor industry and others. The figures are dire: ‘Based on export figures from 2018 it is estimated that switching to World Trade Organization (WTO) rules would cost the fashion industry between £850 [million] and £900 million,’ citing the UK Fashion & Textile Association.
‘As an industry worth £32 billion to the UK GDP and employing more than 890,000 people—almost as many as the financial sector, we urge the Government to: [a] seek a deal with the EU that would guarantee the healthy and steady growth of the fashion industry; [b] give access to funding that would help create stimulus that will ensure British designer businesses continue to remain competitive internationally through trading agreements, access to finance, free movement of talent and support for promotion; [c] advise on all the different scenarios and translate them into what they mean to the fashion industry and the best way to navigate global trade challenges.’
The BFC notes that fashion businesses are international from the outset, with their first sales often outside the UK. Material and talent sourcing take place globally, and the components themselves must cross multiple borders. To sell fashion, designers must also go to international trade shows and markets. The Council questions whether there will be delays in shipping to international customers, saying it is impossible to notify HM Revenue & Customs 24 hours in advance; and there is still no clarity on who will bear the additional costs of tariffs. It also notes that businesses will have to do VAT claims with 27 EU member states rather than with the EU as a whole, complicating the issue.
Despite becoming an independent assessor for visa applications in the fashion industry, the BFC says skilled, lower-paid workers are not covered, leaving gaps in the industry. With Britain (and the US, for that matter) having outsourced for many years, the skills’ shortage is real.
It adds, ‘The BFC considers [it] essential for the UK to retain its leading position in attracting global talent. It is very important that communications to international students and talent is clear and highlights the fact that the fashion industry still wants them to study here, start businesses here and work here.’