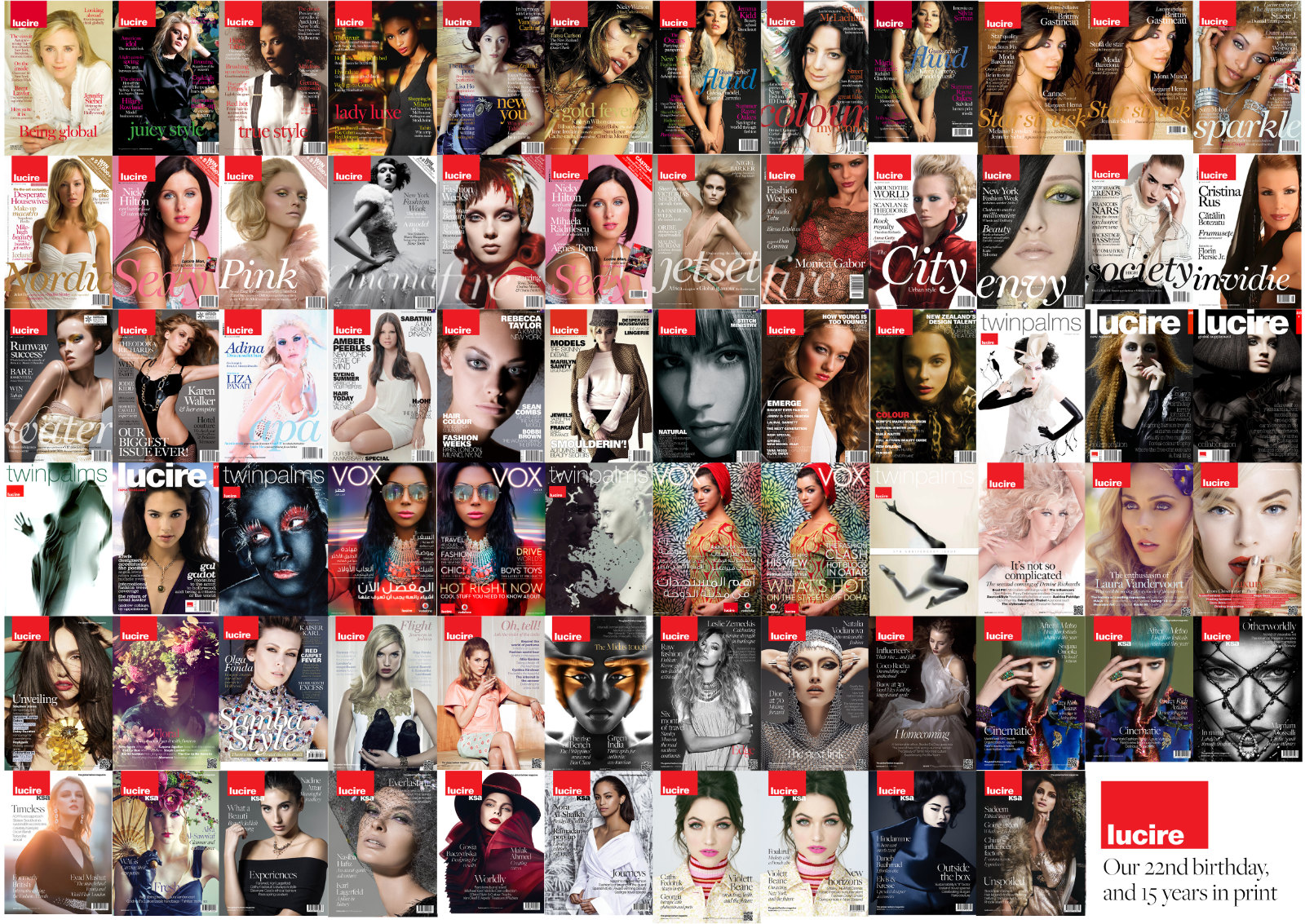 Some of you may have seen the above montage (reproduced below for those who may be browsing on different devices) in our social media. These are our covers over the last 15 years—we branched out into print seven years after we started. Back then, it was unusual for a website to spawn print editions, and probably more unusual to last this long, with the help of some very supportive team members, friends, and allies. We’re incredibly grateful to our readers, who inspire us to put out some great content regularly.
I have to confess I like these montages. This one took a long time to put together, since not all our covers existed in the same format, and we had to hide the last two since they haven’t appeared publicly yet. When they’re published we might just show off this montage again, with an even 72 covers.
The reason cover montages fascinate is that they show a trip through recent history. In many respects, my interest in publishing fashion is historical, examining just what about our time tells a story about us. Looking at these covers, I can see that in a short time, our tastes have evolved dramatically. I don’t think of 2004 as a “dark” era—certainly not in the way muddy colours were in vogue in the western world of the early 1970s—yet, there they are, a string of darkened, almost noctural, covers that don’t brighten up for about 11 issues. When you’re living through it, you can’t see what the trend is—certainly none of us alive in the 1970s thought that those browns and mustards felt dated or depressed, yet they convey the era of uncertainty, urban grit and recession well.
Two thousand four was uncertain to some degree: the global recession hadn’t hit but money wasn’t as free as it had been a few years before, and more people felt the rising cost of living.
When I showed the montage to fashion and beauty editor Sopheak Seng, he remarked that the nicer covers began in the second half. We had found our feet more by then: the magazine’s look had evolved into something cleaner (don’t those early ones look cluttered?), the dim grey and black backgrounds seldom resurfaced, and the features themselves were more timeless, something begun under Miguel Kirjon with Twinpalms Lucire in Thailand, perhaps recognizing that print magazines had to be more special than the fleeting nature of web-based news.
By the time Lucire KSA became a reality, we had six years of refining the formula, making all our print issues into works that would capture our readers’ imaginations every month. Editor Annie Wahab at Lucire KSA really understands this, and we at head office really feel a good connection with how she sees our magazine.
It all underlines our idea of ‘one fashion world, one fashion magazine’. What this old quotation of ours means is that we are all united, beyond such matters as what we earn or what gender we are. And if we can recognize this unity behind all humanity, then we can celebrate what we have in common, not exacerbate our differences. In this respect, we see our mission as the opposite of social media: we want to bring people together, not usher them into silos and echo chambers. As we celebrate our 22nd anniversary, we hope we continue to have your faith in us to do that. What better way to bring us together than compelling stories on deserving people and the love behind their work?

New for our anniversary: please do follow Lucire’s ‘Volante’ section on Instagram at @lucirevolante. Travel editor Stanley Moss and photographer Paula Sweet are curating this account, and it’s already looking very swish. Our regular account is at @lucire.—Jack Yan, Publisher 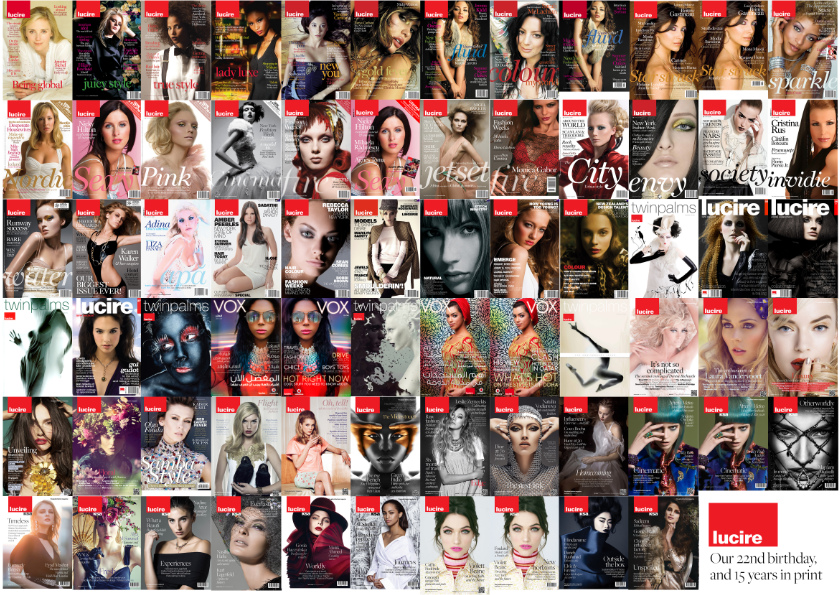